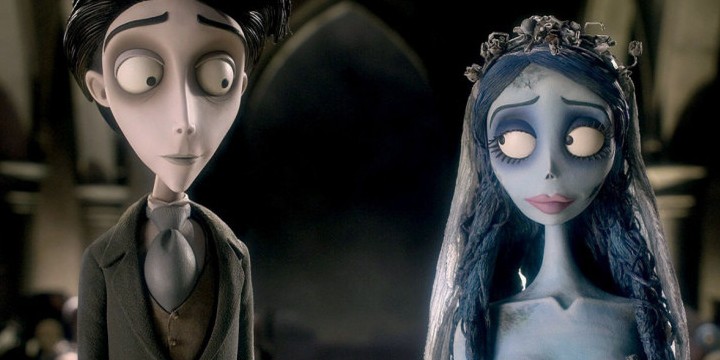 If you need some non-typical romance with a hint of comedy, read through this list of the most iconic Corpse Bride quotes.

This movie is about a man who accidentally married a dead woman while practicing his vows in the graveyard.

While this movie is filled with love and humor, it also has some pretty wise and insightful lines we can all learn from.

Let’s find out how their relationship develops despite the differences they had.

We’re sure you’ll be captivated by these quotes that revolve around love, confusion, excitement, and more!

And make sure to read these Nightmare Before Christmas quotes and Tim Burton quotes.

1. “I spent so long in the darkness. I’d almost forgotten how beautiful the moonlight is!” – Emily the Corpse Bride

2. “I was a bride. My dreams were taken from me. But now, I’ve stolen them from someone else. I love you, Victor, but you are not mine.” – Emily the Corpse Bride

3. “Isn’t the view beautiful ? It takes my breath away. Well, it would if I had any.” – Emily the Corpse Bride

4. “A tragic tale of romance, passion, and a murder most foul!” – Bonejangles

Maggot: “That’s a great way to start a marriage.”

7. “I know that I am dead; yet it seems that I still have some tears to shed.” – Emily the Corpse Bride

8. “Who invited these people? They must be from your side of the family.” – Maudeline Everglot

9. Victor Van Dort: “Look, I am terribly sorry about what’s happened to you and I would like to help, but I really need to get home.”
Emily the Corpse Bride: “This is your home now.”

10. “You kept your promise. You set me free. Now I can do the same for you.” – Emily the Corpse Bride

11. “Look at the way you’re standing. You look like you’ve got rickets or something.” – Nell Van Dort

12. Emily the Corpse Bride: “We need to go up. Upstairs? To visit the land of the living.”

Elder Gutknecht: “Land of the living? Oh, my dear.”

13. “Die, die. We all pass away. Don’t wear a frown ’cause it’s really okay. You might try and hide, and you might and pray, but we all end up the remains of the day.” – Bonejangles

14. “Get those corsets laced properly! I can hear you speak without gasping.” – Maudeline Everglot

Sorrowful Corpse Bride Quotes That Will Touch Your Heart

16. “I was betrothed, once, a long time ago. But tragedy bestowed my love.” – Lord Barkis

17. “Listen, under different circumstances—well, who knows? But we’re just too different. I mean, you’re dead.” – Victor Van Dort
18. “But first! A toast to Emily. Always the bridesmaid, never the bride! Tell me, my dear, can a heart still break after it stops beating?” – Lord Barkis

19. “And I thought—I thought this was all going so well.” – Emily the Corpse Bride

20. “If I touch a burning candle, I can feel no pain. In the ice or in the sun, it’s all the same. Yet I feel my heart is aching; thou it doesn’t beat, it’s breaking; and the pain here that I feel, try and tell me it’s not real.” – Emily the Corpse Bride

21. “You should’ve thought about that before you asked me to marry you.” – Emily the Corpse Bride

23. “Everybody knows that’s just a temporary state, which is cured very quickly when we meet our fate.” – Black Widow Spider

24. “Maybe perhaps he does belong with her. Little Miss Living, with her rosy cheeks and beating heart.”– Emily the Corpse Bride

Emily the Corpse Bride: “For dead!”

26. “With this hand, I will lift your sorrows. Your cup will never be empty, for I will be your wine. With this candle, I will light your way into darkness. With this ring, I ask you to be mine.” – Victor Van Dort

29. “Dropping the ring. This boy doesn’t want to get married.” – Pastor Galswells

33. “In the woods, you said your vows so perfectly.” – Emily the Corpse Bride

35. “As if that has anything to do with marriage. Do you suppose your father and I like each other?” – Maudeline Everglot

36. “He just walked off without saying a word. Are all men like this?” – Emily the Corpse Bride

38. Emily the Corpse Bride: “I’m sure he has a perfectly good reason for taking so long.”
Maggot: “Oh, I am sure he does. Why don’t you go ask him?”

39. Lord Barkis: “That’s it! We’re going to take whatever money we can and get out of here.”

40. “Coming through, coming through. My name is Paul, the head waiter. I will be creating your wedding feast.” – Paul The Head Waiter

41. “Did things not go according to your plan, Lord Barkis? Well, perhaps in disappointment, we are perfectly matched.” – Victoria Everglot

42. “What if Victor and I don’t like each other?” – Victoria Everglot

43. “Well, I’m afraid none of them are very bright. They got something stuck in their heads, and you can’t do a thing with them.” – Mrs. Plum

Nell Van Dort: “A day for a glorious wedding!”

William Van Dort: “A rehearsal, my dear, to be perfectly clear.”

Nell Van Dort: “A rehearsal for a glorious wedding!”

45. Victoria Everglot: “My parents don’t have any money! It’s my marriage to you that will save them from the poorhouse.”

Interesting Corpse Bride Quotes That Will Remind You of the Movie

50. “Oh, I almost forgot. I have something for you. It’s a wedding present.” – Emily the Corpse Bride

51. “It’s true, Victor married a dead woman! I saw her. We need to save him.” – Victoria Everglot

54. “Where did I put that book? I left it here somewhere. There’s the one. I have it. A Ukrainian haunting spell. Just the thing for these quick trips.” – Elder Gutknecht
55. “I knew you’d be happy to see him.” – Emily the Corpse Bride

56. “Just remember, when you want to come back, say ‘Hopscotch.’” – Elder Gutknecht

57. “Please, Elder Gutknecht. Surely there must be something you can do.” – Emily the Corpse Bride

60. “In fact, since we’re, you know, married, you should definitely meet her. And my father too. We should go and see them right now.” – Victor Van Dort

65. Finis Everglot: “If ever I see that Van Dort boy, I’ll strangle him with my bare hands!”

68. “Marriage is a partnership, a little tit for tat.” – Maudeline Everglot

69. Emily the Corpse Bride: “What a cutie.”
Victor Van Dort: “You should have seen him with fur.”

72. “I’m sure he’ll be back shortly. He’s terrified of the dark. In fact, when he was a boy, he used to wet his combinations regularly.” – Nell Van Dort

77. “What a fantastic idea! Where are they buried?” – Emily the Corpse Bride

79. “She can’t hold a candle to the beauty of your smile.” – Black Widow Spider

80. “Since I was a child, I’ve dreamt of my wedding day. I always hoped to find someone I was deeply in love with. Someone to spend the rest of my life with. Silly, isn’t it?” – Victoria Everglot

What Did These Corpse Bride Quotes Teach You About Death and Marriage?

Most people fear death. The inevitable terror of suddenly not being able to enjoy life is a horrifying situation. However, to some people, it means peace and a new beginning.

The Corpse Bride showcased the unique relationship between the living and the dead. The concept of love has no boundaries, and this is something the story proved.

This movie had many great scenes that will surely give you a good laugh while instilling lessons on life and love. It also reminded us of the idea that there is more to life than what we think.

Make sure to check out the movie and let us know what you think about this collection. Don’t forget to comment below and share your thoughts with us.