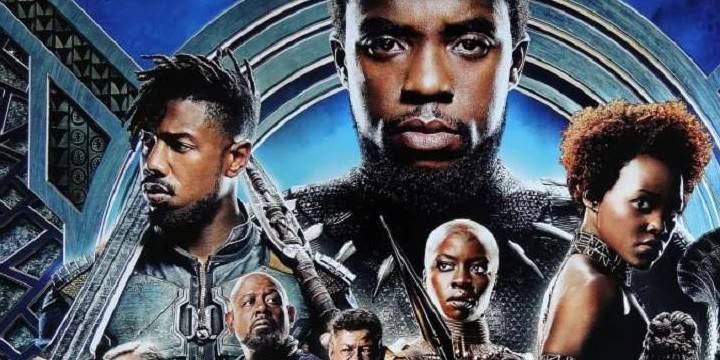 If you are on the lookout for the best Best Panther quotes, you’ve got to check these iconic lines that will bring you back into the Marvel Universe.

Black Panther is a superhero film produced by Marvel Studios in 2018.

After his father’s death, T’Challa or the Black Panther was crowned as King of Wakanda and his leadership was challenged by Killmonger.

The film has a natural significance and was considered by MCM as one of the best, thus, won and received nominations during the 91st Academy Awards.

In this collection, we’ve gathered 100 of the most inspirational and motivational quotes from the movie.

We hope these famous lines will teach you a lot about leadership, loyalty, and more.

Let’s check these out.

And make sure to read these Batman quotes and Captain America quotes.

3. “Just bury me in the ocean with my ancestors who jumped from ships, ’cause they knew death was better than bondage.” – Erik Killmonger Stevens

5. “I am not king of all people. I am King of Wakanda. And it is my responsibility to make sure our people are safe and that vibranium does not fall into the hands of a person like you.” – T’Challa

6. “Wakanda will no longer watch from the shadows. We can not. We must not. We will work to be an example of how we, as brothers and sisters on earth, should treat each other. Now, more than ever, the illusions of division threaten our very existence. We all know the truth—more connects us than separates us. In times of crisis, the wise build bridges while the foolish build barriers. We must find a way to look after one another, as if we were one single tribe.” – T’Challa

7. “The Black Panther has been a protector of Wakanda for generations. And now, it is time to show the outside world who we are.” – T’Challa

8. “A man who has not prepared his children for his own death has faizuriled as a father. Have I ever failed you?” – King T’Chaka

9. “If anyone found out what we truly are, what we possess—it could destroy the world.” – T’Challa

10. “I will not abandon someone to die, when I have the means to save his life.” – T’Challa

11. “What happens now determines what happens to the rest of the world.” – T’Challa

12. “Our weapons will not be used to wage war on the world. It is not our way to be judge, jury, and executioner for people who are not our own.” – T’Challa

13. “You were wrong—all of you were wrong to turn your backs on the rest of the world! We let the fear of discovery stop us from doing what is right. No more! I cannot stay here with you. I cannot rest while he sits on the throne! He is a monster of our own making! I must take the mantle back. I must! I must right these wrongs!” – T’Challa

14. “If you were not so stubborn you would make a great queen.” – T’Challa

15. “It’s not my place to say, but man, I really don’t think you should do this. What you guys have is going to scare a lot of people in that room. They’re going to come after you.” – Everett K. Ross

16. “When I tell you to do something, I mean that shit.” – Erik Killmonger Stevens

18. “Evacuate the city, engage all defenses, and get this man a shield!” – T’Challa

21. “It’s challenge day. We have watched and listened from the mountains! We have watched with disgust as your technological advancements have been overseen by a child! Who scoffs at tradition! And now you want to hand the nation over to this prince who could not keep his own father safe. We will not have it. I said, we will not have. Oh! I, M’Baku—leader of Jabari.” – M’Baku.

24. “You got all this security in here watching me ever since I walked in. But you ain’t checking for what you put in your body.” – Erik Killmonger Stevens

25. “But didn’t life start right here on this continent? So ain’t all people your people?” – Everett K. Ross

26. “I have seen gods fly. I have seen men build weapons that I couldn’t even imagine. I have seen aliens drop from the sky. But I have never seen anything like this. How much more are you hiding?” – Everett K. Ross

27. “I cannot speak for past kings. But an enemy sits on the throne right now. We both know the power of vibranium. If Killmonger gains control of it, who do you think he will come for, next?” – T’Challa

28. “Your father and I would talk about this day all the time. He is with us. And it is your time to be king.” – Ramonda

29. “You’re telling me that the king of a Third World country runs around in a bulletproof catsuit?” – Everett K. Ross

31. “The world is changing. Soon there will only be the conquered and the conquerors. I’d rather be the former.” – W’Kabi

33. “We serve Wakanda. And let us not forget, we also serve each other. Together we will always rise.” – T’Challa

35. “Have you not prepared to be king your whole life? Have you not trained and studied, been by my side?” – King T’Chaka

36. “You can’t let your father’s mistakes define who you are.” – Nakia

37. “How many times do I have to teach you? Just because something works doesn’t mean it can’t be improved.” – Shuri

38. “You’re going to struggle. So you’ll need to surround yourself with people you trust.” – King T’Chaka

39. “You let the refugees in, they bring their problems with them, and then Wakanda is like everywhere else.” – W’Kabi

40. “Your father taught you all that warrior nonsense—but he also taught you how to think. Don’t fight this war with guns.” – Ramonda

41. “Wakanda survived for so long by only fighting when absolutely necessary.” – Okoye

44. “Nah, I learned from my enemies! Beat them at their own game!” – Erik Killmonger Stevens

45. “I’m standing in your house, serving justice to a man who stole your vibranium and murdered your people. Justice your king couldn’t deliver.” – Erik Killmonger Stevens

47. “The Black Panther lives. And when he fights for the fate of Wakanda, I will be right beside him.” – Shuri

48. “In my culture, death is not the end. It’s more of a stepping off point. You reach out with both hands and Bast and Sekhmet, they lead you into a green veld where you can run forever.” – T’Challa

54. “Witness the strength of the Jabari—first-hand!” – M’Baku

58. “Let us consider that we heal him. It is his duty to report back to his country. And as king, it is your duty to protect ours.” – Okoye

65. “Can you believe that? A kid from Oakland walking around believing in fairytales.” – Erik Killmonger Stevens

66. “This corset is really uncomfortable, so could we all just wrap it up and go home?” – Shuri

67. “When you said you’d bring me to California when I was a kid, I thought you meant Coachella, or Disneyland. Where are we?” – Shuri

69. “Wooh! Let’s go! Look at your suit! You’ve been taking bullets and it’s charging it up with kinetic energy!” – Shuri

70. “That is quite the entourage! Do you have a mixtape coming out?” – Everett K. Ross

75. “He killed his own brother and left a child behind with nothing. What kind of king, what kind of man does that?” – T’Challa

76. “You want to see us become just like the people you hate so much! Divide and conquer, just as they did!” – T’Challa

77. “How do you think your ancestors got these? Did they pay a fair price, or did they take them like they took everything else?” – Erik Killmonger Stevens

78. “All over the planet, our people suffer because they do not have the tools to fight back.” – Erik Killmonger Stevens

79. “Y’all sitting up here all comfortable. Must feel good. Meanwhile, there’s about two billion people all over the world that look like us, but their lives are a lot harder.” – Erik Killmonger Stevens

80. “I’ve waited my whole life for this. The world’s going to start over. I’ll burn it all!” – Erik Killmonger Stevens

81. “I lived my entire life waiting for this moment. I trained, I lied, I killed just to get here. I kill in 53. America, Afghanistan, Iraq—I took life from my own brothers and sisters right here on this continent! And all this death just so I could kill you.” – Erik Killmonger Stevens

83. “I want your secrets, your weapons. I’m gonna burn it all!” – Erik Killmonger Stevens

84. “All that challenge shit is over with! I’m the king now!” – Erik Killmonger Stevens

85. “The world took everything away from me! Everything I ever loved! But I’ma make sure we’re even. I’ma track down anyone who would even think of being loyal to you! And I’ma put their ass in the dirt, right next to Zuri!” – Erik Killmonger Stevens

86. “Slipped? For thirty years, your father was in power and did nothing. With you, I thought it’d be different. But it’s more of the same.” – W’Kabi

87. “I don’t care that you brought Klaue. Only reason I don’t kill you where you stand is because I know who you are. Now what do you want?” – T’Challa

88. “You will destroy the world, Wakanda included!” – T’Challa

89. “I found my daddy with Panther claws in his chest! You ain’t the son of a king. You’re the son of a murderer!” – Erik Killmonger Stevens

97. “He will send our weapons all over the world. You must get them out of Wakanda safely.” – T’Challa

98. “If he gets control of our technology, nowhere will be safe.” – Shuri

Did These Black Panther Quotes Teach You How to Become a Good Leader?

When we dislike someone or something, we have this passionate or intense feeling called hate. Most people instill hatred in their hearts and in their minds—especially if something bad and unforgettable happens.

In the Black Panther movie, Killmonger was full of anger and hatred towards the person who killed his father—King T’Chaka, and to his son T’Challa. He became a bad and greedy person, and that hatred pushed him to seek revenge towards them. At first, he thought that he won but later on, he was killed during the fight.

The film taught us that hatred, greediness, and revenge do not bring any good to us. And sometimes, these cause harm not just to other people, but also to ourselves.

What quote inspired you the most? Which of the quotes are your favorites? Please tell us in the comments section below.