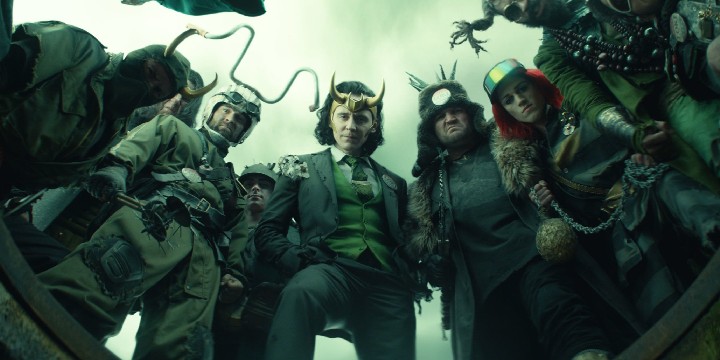 If you’re a Marvel fan, or even if you just want to get to know one of Tom Hiddleston’s many characters, then these Loki quotes are definitely for you!

Loki is the acclaimed Prince of Asgard who desperately wants to be the king. All throughout his life, his main goal was to be equal or even better than his brother, Thor.

And like every character, Loki also has a backstory that will make you understand his personality and actions better.

If you adored Loki’s charming character in this Marvel movie, then you will love this collection.

Learn more about his character and iconic lines through reading it below.

And don’t forget to check out these WandaVision quotes and The Mandalorian quotes.

2. “I am Loki, of Asgard, and I am burdened with glorious purpose.”

5. “You know, this is wonderful! This is a tremendous idea! Let’s steal the biggest, most obvious ship in the universe and escape in that! Flying around the city, smash it into everything in sight and everyone will see it! It’s brilliant, Thor!”

8. “Satisfaction isn’t in my nature.”

9. “What, because I am the monster parents tell their children about at night?”

10. “Hurts, doesn’t it? Being lied to. Being told you’re one thing and then learning it’s all a fiction.”

12. “You cross me, there are deadly consequences.”

15. “Hitting does not solve everything.”

17. “So I am no more than another stolen relic locked up here, until you might have some use of me. You could have told me what I was from the beginning. Why didn’t you?”

22. “On my way down to coordinate search and rescue.”

24. “Guilty of being the God of Mischief? Yes. Guilty of finding all of this incredibly tedious? Yes. Guilty of a crime against the Sacred Timeline? Absolutely not, you have the wrong person.”

25. “The Chitauri are coming. Nothing will change that. What have I to fear?”

28. “Love is a dagger. It’s a weapon to be wielded far away or up close. You can see yourself in it.”

30. “It’s been a very long day, and I think I’ve had my fill of idiots in armored suits telling me what to do. So, if you don’t mind, this is actually your last chance. Now, get out of my way.”

33. “You must be truly desperate to come to me for help.”

34. “If you’re going to Earth, you might want a guide. I do have a bit of experience in that arena.”

36. “Time-keepers? The Sacred timeline? Who actually believes this bunkum?”

37. “Madam, a god doesn’t plead. Look, this has been a very enjoyable pantomime, but I’d like to go home now.”

38. “I remember a shadow, living in the shade of your greatness. I remember you tossing me into an abyss, I who was and should be king!”

40. “Freedom is life’s great lie. Once you accept that, in your heart, you will know peace.”

41. “Born to be a king, I ask one thing in return―a front seat to watch Earth burn.”

42. “Kneel before me. I said―kneel! Is not this simpler? Is this not your natural state? It’s the unspoken truth of humanity that you crave subjugation. The bright lure of freedom diminishes your life’s joy in a mad scramble for power. For identity. You were made to be ruled. In the end, you will always kneel.”

Loki Quotes That Show His Personality

50. “You know, I haven’t seen this Beloved Champion he talks of, but I’ve heard he’s astonishingly savage. I’ve placed a large wager against you tomorrow. Don’t let me down.”

52. “For the record, this really does feel like a killing-me kind of a room.”

53. “I see a scheme, and in that scheme, I see myself. We have a saying in Asgard, ‘Where there are wolf’s ears, wolf’s teeth are near.’ It means to be aware of your surroundings. Which is absurd, because my people are, by nature, gullible fools. A trait that I, the God of Mischief, exploited time and time again by simply listening. My teeth were sharp, but my ears even sharper.”

55. “This is so unlike you, brother. So clandestine. Are you sure you wouldn’t rather just punch your way out?”

56. “You should have left your armor on for that.”

58. “Believe me, you can smell the cologne of two Tony Starks.”

62. “For nearly every living thing, choice breeds shame, and uncertainty, and regret. There’s a fork in every road, yet the wrong path is always taken.”

63. “Please tell me you’re going to appeal to my humanity.”

65. “The idea that your little club decides the fate of trillions of people across all of existence at the behest of three space lizards? Yes, it’s funny. It’s absurd.”

70. “I am on the verge of acquiring everything I am owed. And when I do, it will be because I did it.”

71. “The first and most oppressive lie ever uttered was the song of freedom.”

72. “Not because it was supposed to happen. Honestly, you are pathetic. You are an irrelevance. A detour. A footnote to my ascent.”

73. “You know, it all makes sense now. Why you favoured Thor all these years. Because no matter how much you claim to love me, you could never have a Frost Giant sitting on the throne of Asgard!”

74. “You see, I only came into possession of the Tesseract because they traveled through time, no doubt in a last-ditch effort to stave off my ascent to God King.”

75. “I won’t touch Barton. Not until I make him kill you! Slowly, intimately, in every way he knows you fear! And then he’ll wake just long enough to see his good work, and when he screams, I’ll split his skull! This is my bargain, you mewling quim!”

76. “Trust is for children and dogs. There’s only one person you can trust.”

77. “Look at you, the mighty Thor, with all your strength. And what good does it do you now, huh? Do you hear me brother? There’s nothing you can do!”

78. “You ridiculous bureaucrats will not dictate how my story ends!”

80. “The Time-keepers have built quite the circus and I see the clowns are playing their parts to perfection.”

81. “Expect the expected. See, half the fun of being a trickster is knowing everyone knows you’re a trickster, and then, many of your tricks can come from exploding the fact that you know that they know.”

82. “Illusion-projection involved depicting a detailed image from outside oneself, which is perceptible in the external world, whereas duplication-casting entails recreating an exact facsimile of one’s own body in its present circumstance, which acts as a true holographic mirror of its molecular structure. But, uh, you already knew that.”

83. “If everything and everyone around you is destined for imminent destruction, then nothing that I say or do will matter, because the timeline’s not gonna branch. ‘Cause it gets destroyed. Hence, the Variant could be hiding in the apocalypse and do whatever he wants, and we wouldn’t know.”

It’s part of the illusion. It’s the cruel, elaborate trick conjured by the weak to inspire fear.”

85. “Who actually believes this crap?”

Loki Quotes on His Mischief and Attitude

102. “You know, things didn’t turn out so well for the last person who said that to me.”

103. “Oh, this is much better. Costume’s a bit much―so tight. But the confidence, I can feel the righteousness surging!”

105. “When I was young she’d do these little bits of magic for me. Like turning a flower into a frog or cast fireworks over the water. It all seemed impossible, but she told me that one day I’d be able to do it too because―could do anything.”

106. “Is that the only reason you brought us here? To kill us? I’ve lost track of the number of times I’ve been killed, so go ahead. Do your worst.”

107. “Reset charges prune the affected radius of a branched timeline, allowing time to heal all its wounds. Which by the way sounds like a nice way of saying disintegrate everything in its vicinity.”

108. “I thought perhaps we could work together. But now I see you lack vision. So, either you’ll come willingly or you won’t.”

119. “Brute force is no substitute for diplomacy and guile.”

120. “So everything is written. Past, present, future. There’s no such thing as free will.”

126. “I should have an equal amount of security. This is insulting!”

127. “I guess I’ll have to go it alone. Like I’ve always done. Would you say something? Say something!”

128. “It’s beautiful. Until it makes you bleed. But ultimately, when you reach for it.”

What Values Did You Learn From Loki’s Character?

Loki was the son of the Frost Giant king. He was abandoned by his father because he was weak and small compared to other Frost Giants. Later on, he was found by the Asgard King and was adopted as one of his sons.

To blend in with others, he altered his appearance using his power. Growing up, he felt that he could only live in the shadows of his brother, Thor.

He was so blinded by envy that although his father raised him trying to instill the value, he grew up with a bad personality. He wanted to do everything he could to be at the top.

Loki is a type of villain that you can both hate and admire. This collection of his iconic lines will teach you that not all villains are bad and not all perceived to be good, are good.

Which of his iconic lines are your favorites? Which is the most relevant to you? Don’t forget to leave them in the comment section below.