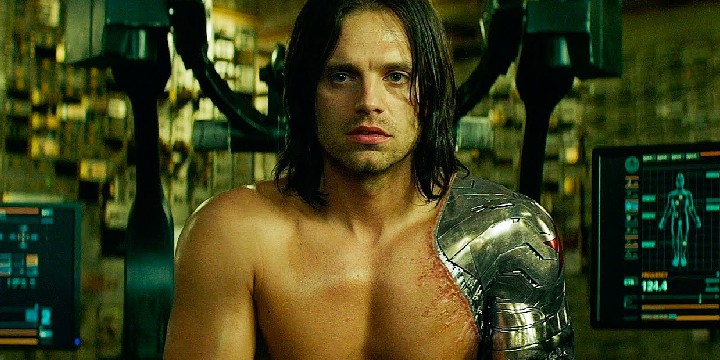 Come along and explore the best Bucky Barnes quotes that will take you to the world of our favorite Marvel heroes!

People of all ages looked up to a hero at one point in their lives, and some of the most well-known heroes we have today are the Marvel superheroes. Despite being introduced as a villain at first, Bucky Barnes is one of those heroes we look up to now.

Bucky Barnes is not your typical protagonist. He has an incredible backstory that takes you to a time when he was used as a killing machine. Fortunately, he returned to his senses, owned up to his mistakes, and did his best to become better with the help of his friends.

His friendship with Steve Rogers, and later, the rest of the Avengers, is definitely something that can inspire all of us. So, if you want to know more, make sure you read through to the end!

And don’t forget to check out these Loki quotes and WandaVision quotes.

3. “This is new for me. okay? I didn’t have a moment to deal with anything. I only had a little calm in Wakanda. And other than that, I just went from one fight to another for 90 years.”

6. “Look, that shield represents a lotta things to a lotta people, including me. The world is upside down, and we need a new Cap, and it ain’t gonna be Walker. So before you destroy it, I’ll take it from him myself.”

7. “I can’t trust my own mind. So, until they figure out how to get this stuff out of my head I think going back under is the best thing—for everybody.”

8. Steve Rogers: “Don’t do anything stupid until I come back.”

Bucky Barnes: “How can I? You’re taking all the stupid with you.”

Steve Rogers: “I joined the army.”

11. Steve Rogers: “You ready to follow Captain America into the jaws of death?”

Bucky Barnes: “Hell, no! The little guy from Brooklyn who was too dumb not to run away from a fight. I’m following him.”

Steve Rogers: “Whatever it is—I’ll deal with it.”

Steve Rogers: “What you did all those years, it wasn’t you. You didn’t have a choice.”

Bucky Barnes: “I thought you were smaller.”

Bucky Barnes: “Who the hell is Bucky?”

Steve Rogers: “Now why would I do that?”

Bucky Barnes: “It always ends in a fight.”

19. Bucky Barnes: “Remember when I made you ride the Cyclone on Coney Island?”

Steve Rogers: “Yeah, and I threw up?”

Bucky Barnes: “Your mom’s name was Sarah; you used to wear newspapers in your shoes.”

Short Bucky Barnes Quotes to Revisit His Most Memorable Scenes

25. “People need something to get behind.”

Bucky Barnes Quotes That’ll Remind You of the Winter Soldier

Bucky Barnes: “The Avengers, not the Nazis.”

37. Bucky Barnes: “You couldn’t have done that earlier?”

40. Sam Wilson: “What’s going on in that big cyborg brain of yours?”

47. “You gonna do the notebook thing? It’s passive-aggressive.”

Do You Have a Friend Who Will Stand Beside You No Matter What Happens?

We all need a good friend who can drag us back whenever we lose our way. When we feel down, a friend who pushes us and gives us confidence is a need. This is the kind of friendship that Bucky Barnes and Steve Rogers have.

Bucky Barnes lost himself and his purpose because of others’ wrongdoings. However, his friends helped him atone for his mistakes and helped him regain his true self.

There’s no doubt that friendship is one of the critical points that the MCU tries to impart with its viewers. But, this is even more highlighted when we see Bucky and Steve fighting and overcoming things together.

Remember that friendship is a mutual relationship composed of love, respect, compassion, and trust. With that, we hope these quotes were able to motivate you to find a friend like Bucky Barnes or Stever Rogers, who will stay with you in both the good and bad seasons of your life.

What can you say about Steve and Bucky’s friendship? Which Bucky Barnes quotes struck you the most? Please, share your thoughts with us!