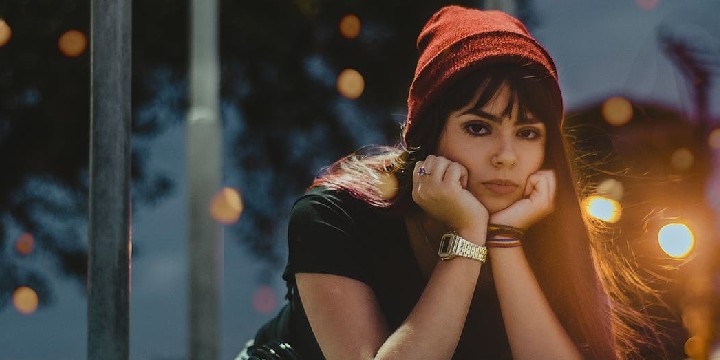 If you want to find something that’ll bring back some spark into your life, read through this list of boredom quotes we’ve compiled!

To live a meaningful life, we have to remind ourselves of all the good things that have taken place. However, boredom is something we can’t avoid entirely.

There will be down times, and there will also be times when we feel like everything in life is dull.

In times like this, let’s shift our mindset to something more positive. Do not lose excitement and the zest for life.

To help you rise out of your boredom, we’ve collected some of the best quotes that’ll tackle life and everything in between.

So read on and be inspired!

And don’t miss out these frustration quotes and sad quotes.

1. “Boredom is your mind and body’s way of telling you you’re not living up to your potential.” – Hal Sparks

3. “Boredom is perhaps the greatest villain on the quest for self-improvement.” – James Clear

4. “You need to let the little things that would ordinarily bore you suddenly thrill you.” – Andy Warhol

5. “Boredom is the inevitable consequence of a life devoted to pleasure.” – Kapil Gupta

6. “Boredom is a defense mechanism to avoid having to sit alone with our unaddressed thoughts.” – Naval Ravikant

7. “Boredom is the feeling that everything is a waste of time; serenity, that nothing is.” – Thomas Stephen Szasz

8. “Boredom is simply the absence of an interesting perspective.” – Brandon A. Trean

9. “Boredom is the dream bird that hatches the egg of experience. A rustling in the leaves drives him away.” – Walter Benjamin

10. “Be bored and see where it takes you because the imagination’s dusty wilderness is worth crossing if you want to sculpt your soul.” – Nancy Gibbs

11. “Boredom is the root of all evil—the despairing refusal to be oneself.” – Soren Kierkegaard

13. “Boredom is not a thing. It’s not a feeling or a condition. It is the absence of feelings, things, and conditions.” – A. A. Gill

14. “In order to live free and happily, you must sacrifice boredom. It is not always an easy sacrifice.” – Richard David Bach

15. “If you’re bored with life; you don’t get up every morning with a burning desire to do things—you don’t have enough goals.” – Louis Leo Holtz

17. “You can’t be bored when you remember how precious life is.” – Maxime Lagacé

18. “‘I’m bored’ is a useless thing to say. I mean, you live in a great, big, vast world that you’ve seen none percent of. Even the inside of your own mind is endless; it goes on forever, inwardly, do you understand? The fact that you’re alive is amazing, so you don’t get to say ‘I’m bored.’” – Louis C.K.

19. “Is life not a thousand times too short for us to bore ourselves?” – Friedrich Nietzsche

20. “Boredom is a privilege. Cherish it while it lasts instead of trying to fix it.” – Preethi Kasireddy

21. “Life is never boring, but some people choose to be bored; boredom is a choice.” – Anonymous

22. “Boredom is your imagination calling to you.” – Sherry Turkle

Short Boredom Quotes to Change the Way You Think

26. “Boredom is just a lack of attention.” – Sven Schnieders

27. “Boredom is the fear of self.” – Marie Josephine de Suin Beausacq

29. “The cure for boredom is curiosity.” – Dorothy Parker

31. “You have to evolve. Stagnation breeds boredom.” – Matt Bellamy

Boredom Quotes That Will Impact Your Worldview

34. “Boredom is a sickness the cure for which is work; pleasure is only a palliative.” – Le Duc de Levis

35. “To sit with a dog on a hillside on a glorious afternoon is to be back in Eden, where doing nothing was not boring—it was peace.” – Milan Kundera

36. “Boredom is a filter. Common ideas come before it. Uncommon ideas come after it. Sit with a project long enough to get bored with it, then sit a little more. The most useful insights bubble up after you get bored.” – James Clear

37. “Boredom is just the reverse side of fascination—both depend on being outside rather than inside a situation, and one leads to the other.” – Arthur Schopenhauer

Boredom Quotes That Everyone Can Relate To

40. “The man who lets himself be bored is even more contemptible than the bore.” – Samuel Butler

41. “When people are bored, it is primarily with their own selves that they are bored.” – Eric Hoffer

42. “I would rather die of passion than of boredom.” – Emile Zola

43. “The more you run from boredom, the more it follows you.” – James Pierce

44. “I can excuse everything but boredom. Boring people don’t have to stay that way.” – Hedy Lamarr

45. “Boredom is the conviction that you can’t change—the shriek of unused capacities.” – Saul Bellow

46. “Only those who want everything done for them are bored.” – William Franklin Graham Jr.

47. “I fear the boredom that comes with not learning and not taking chances.” – Robert Lee Fulghum

48. “To do the same thing over and over again is not only boredom—it is to be controlled by rather than to control what you do.” – Heraclitus

Funny Boredom Quotes for a Brighter Day Ahead

49. “When you’re bored with yourself, marry and be bored with someone else.” – Edward VIII

52. “Boredom was my bedmate, and it was hogging the sheets.” – Andrew Davidson

53. “The penalty of success is to be bored by people who used to snub you.” – Nancy Astor

54. “She refused to be bored chiefly because she wasn’t boring.” – Zelda Fitzgerald

More Boredom Quotes for Those Who Want to Improve Their Life

56. “Order without diversity can result in monotony and boredom; diversity without order can produce chaos.” – Francis D.K. Ching

57. “A generation that cannot endure boredom will be a generation of little men—of men in whom every vital impulse slowly withers, as though they were cut flowers in a vase.” – Bertrand Russell

58. “Unless a man has been taught what to do with success after getting it, the achievement of it must inevitably leave him a prey to boredom.” – Bertrand Russell

59. “Doing boring things without getting bored is a competitive advantage.” – Shane Parrish

60. “The greatest threat to success is not failure, but boredom.” – James Clear

Did These Boredom Quotes Light up That Fire Inside You Again?

When we stop appreciating the little things, we lose our zest for life and become bored in all facets of it. This is why boredom is so destructive. When we’re bored with the life we live, we lose our passion and drive to achieve bigger things for ourselves.

We must instead unlearn the routine and mundaneness of life. By doing so, we get to shift our perspective back to the things that matter most. The good, the bad, the big, and the small are all things that would contribute to our excitement in life.

By realizing the value of everything around us, we add more color to our lives. Also, remember that life is a blank canvas you can paint on, and that paint symbolizes all the events that happen in our lives.

If we live with this kind of outlook, we will overcome the boredom of the routine. Zest and excitement will be added back into our lives, and we’ll be able to shift our focus back to the goals we want to achieve. Remember, by overcoming boredom, we will become unstoppable!

With that, we hope that these quotes were able to help you remember the highlights of your life and inspire you to be positive. Your life will never be the same again if you just keep on focusing on the exciting parts of your existence!