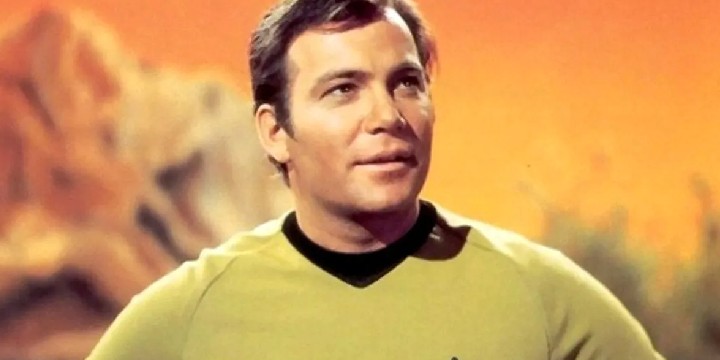 This list of the best Captain Kirk quotes will give you reasons to remain optimistic in life!

Star Trek is one of those franchises that shaped many generations.

The genius portrayal of history and the future made it one of the most phenomenal shows among other works of science fiction. It also comes in other media, such as comic books and video games.

Captain Kirk, a notable commander who demonstrates competent leadership, gave fans of Star Trek some pretty valuable life lessons to live by and reflect on.

The integrity he shares in every scene is refreshing to hear in a world of injustice and abuse.

More than that, he reminds us that doing things with fairness and goodness will help us defeat all obstacles life may throw.

It can be challenging to maintain the same values as Captain Kirk’s. So, to help you out, we’ve gathered some of his most meaningful quotes!

And don’t forget to check out these Star Trek quotes and Spock quotes.

1. “Death. Destruction. Disease. Horror. That’s what war is all about. That’s what makes it a thing to be avoided.”

2. “A balance of power—the trickiest, most difficult, dirtiest game of them all, but the only one that preserves both sides.”

3. “There will always be those who mean to do us harm. To stop them, we risk awakening the same evil within ourselves. Our first instinct is to seek revenge when those we love are taken from us. But that’s not who we are.”

5. “A captain of a ship, no matter his rank, must follow the book.”

6. “Without freedom of choice there is no creativity. The body dies.”

7. “In every revolution, there’s one man with a vision.”

8. “Leave bigotry in your quarters; there’s no room for it on the bridge.”

9. “Most legends have their basis in fact.”

10. “The more complex the mind, the greater the need for the simplicity of play.”

11. “Where I come from, size, shape, or color makes no difference—and nobody has the power.”

12. “The prejudices people feel about each other disappear when they get to know each other.”

13. “Sometimes a feeling is all we humans have to go on.”

14. “These are the voyages of the starship enterprise. Its continuing mission: to explore strange new worlds. To seek out new life and new civilizations. To boldly go where no man has gone before.”

15. “Love sometimes expresses itself in sacrifice.”

16. “Hang on tight and survive. Everybody does.”

17. “There’s another way to survive—mutual trust and help.”

19. “You either believe in yourself or you don’t.”

21. “I haven’t faced death. I’ve cheated death. I’ve tricked my way out of death and patted myself on the back for my ingenuity; I know nothing.”

22. “You know the greatest danger facing us is ourselves, an irrational fear of the unknown. But there’s no such thing as the unknown—only things temporarily hidden, temporarily not understood.”

Captain Kirk Quotes for Those Who Need Help Embracing Their Flaws

23. “To be human is to be complex. You can’t avoid a little ugliness—from within—and from without.”

24. “You know that pain and guilt can’t be taken away with the wave of a magic wand! They’re the things we carry with us, the things that make us who we are. If we lose them, we lose ourselves. I don’t want my pain taken away, I need my pain!”

25. “We prefer to help ourselves. We make mistakes, but we’re human—and maybe that’s the word that best explains us.”

26. “If I can have honesty, it’s easier to overlook mistakes.”

27. “Perhaps man wasn’t meant for paradise. Maybe he was meant to claw, to scratch all the way.”

28. “You’re not going to admit that for the first time in your life you committed a purely human, emotional act?”

29. “Risk—risk is our business. That’s what this starship is all about. That’s why we’re aboard here.”

30. “Our species can only survive if we have obstacles to overcome. You remove those obstacles. Without them to strengthen us, we will weaken and die.”

33. “Genius doesn’t work on an assembly line basis. Did Einstein, Kazanga, or Sitar of Vulcan produce new and revolutionary theories on a regular schedule? You can’t simply say, ‘Today I will be brilliant.’”

34. “They used to say that if man was meant to fly, he’d have wings. But he did fly. He discovered he had to.”

35. “What is a man but that lofty spirit, that sense of enterprise, that devotion for something that cannot be sensed, cannot be realized but only dreamed, the highest reality?”

36. “We humans are full of unpredictable emotions that logic cannot solve.”

37. “Intuition, however illogical, Mr. Spock, is recognized as a command prerogative.”

38. “A species that enslave other beings is hardly superior—mentally or otherwise.”

Captain Kirk Quotes That’ll Guide You Toward a Moral Life

40. “Of my friend, I can only say this. Of all the souls I have encountered in my travels, his was the most human.”

41. “I have to take him back inside myself. I can’t survive without him. I don’t want to take him back. He’s like an animal. a thoughtless, brutal animal. And yet it’s me. Me!”

Short Captain Kirk Quotes for You to Remember

42. “A dream that became a reality and spread throughout the stars.”

46. “A meeting is an event where minutes are taken and hours wasted.”

47. “Did I ever tell you you play a very irritating game of chess, Mr. Spock?”

48. “There seems to be no sign of intelligent life anywhere.”

49. “It’s a mystery. And I don’t like mysteries. They give me a bellyache, and I got a beauty right now.”

50. “Excuse me—excuse me. I’d just like to ask a question. What does God need with a starship?”

Did These Quotes Give You Reasons to Be Hopeful?

It is easy to feel hopeless in a world where we wake up to a series of ugly news. We sometimes ask, “What is our reason for living?”

Things may get confusing, but Captain Kirk helps us realize there is hope if we defy wrong and choose fairness above everything. By policing ourselves and being careful with our decisions, we get to save what’s left of humanity. And, maybe in the future, we’ll create a kinder world.

While we cannot control the actions of others, we have our values to guide us with our responses. Don’t just blindly follow what the majority is doing if you know in your heart that it’s wrong. Instead, stand firm with your beliefs and live a life with integrity.

These are only a few reasons that made Captain Kirk one of the wisest and most iconic characters in Star Trek. No matter how many years it’s been since Star Trek’s first release, his words will always remain relevant. So, when you think the world is hopeless, feel free to reread this list!

Who’s your favorite character in Star Trek? What other lessons did you learn from Captain Kirk? Let us know, and comment below!