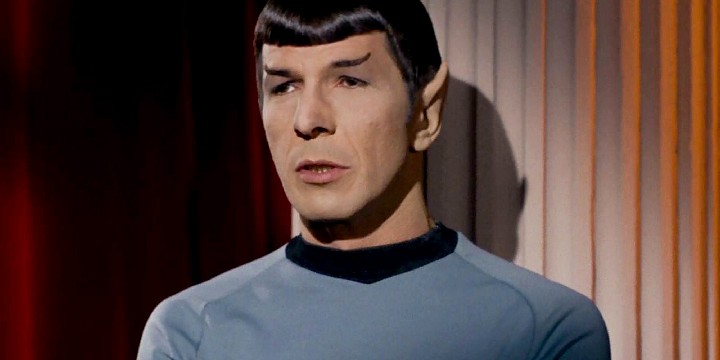 Whether you’re a huge fan of Star Trek or not, we’re confident that you’ll get your fair share of wisdom and laughter from this collection of Spock quotes!

Spock is a half-human and half-Vulcan character from Star Trek. From his logical observations to his sarcastic comments, he is the most recognizable captain in the universe.

Even though his personality is uncanny and considered weird by others, Spock is the main reason the galaxy could live in peace. He promoted justice and fought for the rights of the oppressed.

Indeed, we can learn a thing or two about the world through his heroic life! Come along and discover the world of Star Trek through these Spock quotes!

And don’t forget to check out these Star Trek quotes and Captain Kirk quotes.

1. “Life and death are seldom logical. But attaining a desired goal always is.”

2. “Loss of life is to be mourned, but only if the life was wasted.”

5. “Evil does seem to maintain power by suppressing the truth.”

6. “When you eliminate the impossible, whatever remains, however improbable, must be the truth.”

8. “Pain is a thing of the mind. The mind can be controlled.”

10. “Time is fluid—like a river with currents, eddies, backwash.”

11. “Computers make excellent and efficient servants, but I have no wish to serve under them.”

13. “In critical moments, men sometimes see exactly what they wish to see.”

14. “After a time, you may find that having is not so pleasing a thing after all as wanting. It is not logical, but is often true.”

16. “Change is the essential process of all existence.”

17. “One man cannot summon the future. But one man can change the present!”

19. “I like to believe that there are always possibilities.”

20. “I have been and always shall be your friend.”

21. “I could not deprive you of the revelation of all that you could accomplish together, of a friendship that will define you both in ways you cannot yet realize.”

22. “There is no reason that function should not be beautiful. In fact, beauty usually makes it more effective.”

Spock Quotes to Show His Views on Humanity

23. “Humans do have an amazing capacity for believing what they choose and excluding that which is painful.”

24. “It is curious how often you humans manage to obtain that which you do not want.”

25. “May I point out that I have gotten a chance to examine your counterparts closely. They are brutal, savage, uncivilized, and illogical. They are in every way examples of Homo sapiens, the very flower of humanity.”

26. “You Earth people have glorified violence for forty centuries. But you imprison those who employ it privately.”

27. “I’m frequently appalled by the low regard you Earthmen have for life.”

28. “May I say that I have not thoroughly enjoyed serving with humans? I find their illogic and foolish emotions a constant irritant.”

29. “Humans smile with so little provocation.”

30. “Logic is the beginning of wisdom—not the end.”

31. “It would be illogical to kill without reason.”

32. “To expect sense from two mentalities of such extreme points of view is not logical.”

33. “I see no logic in wanting to worship a deity who demands you live in perpetual fear.”

34. “I examined the problem from all angles, and it was plainly hopeless. Logic informed me that under the circumstances, the only possible action would have to be one of desperation.”

35. “Worry is a human emotion, Captain. I accept what has happened.”

36. “I fail to comprehend your indignation, sir. I have simply made the logical deduction that you are a liar.”

37. “Lieutenant, I am half-Vulcanian. Vulcanians do not speculate. I speak from pure logic. If I let go of a hammer on a planet that has a positive gravity, I need not see it fall to know that it has, in fact, fallen.”

38. “Physical reality is consistent with universal laws. Where the laws do not operate, there is no reality.”

Spock Quotes to Explain How Violence and Evil Works

42. “Violence—in reality—is quite different from theory.”

44. “One can begin to reshape the landscape with a single flower, Captain.”

45. “Every living thing wants to survive.”

47. “Insults are effective only where emotion is present.”

49. “Military secrets are the most fleeting of all.”

50. “Space: the final frontier. These are the voyages of the starship Enterprise. Her ongoing mission: to explore strange new worlds, to seek out new life-forms and new civilizations; to boldly go where no one has gone before.”

51. “I realize that command does have its fascination, even under circumstances such as these, but I neither enjoy the idea of command nor am I frightened of it. It simply exists, and I will do whatever logically needs to be done.”

52. “You’re the captain of this ship. You haven’t the right to be vulnerable in the eyes of the crew. You can’t afford the luxury of being anything less than perfect. If you do, they lose faith, and you lose command.”

53. “If we start buzzing about down there, we’re liable to find their mental power is so great they could reach out and swat this ship as though it were a fly.”

54. “If those peculiar signals are coming from Captain Kirk or Lieutenant Sulu, their rationality is in question.”

Spock Quotes for Those Dealing With Death

55. “I have a responsibility to this ship, to that man on the bridge. I am what I am, Leila. If there are self-made purgatories, then we all have to live in them. Mine can be no worse than someone else’s.”

56. “You find it easier to understand the death of one than the death of a million. You speak about the objective hardness of the Vulcan heart, yet how little room there seems to be in yours.”

57. “It is more rational to sacrifice one life than six.”

Spock Quotes That Highlight His Sassy and Confident Nature

60. “Captain, you almost make me believe in luck.”

62. “I have never understood the female capacity to avoid a direct answer to any question.”

63. “No, ‘fascinating’ is a word I use for the unexpected. In this case, I should think ‘interesting’ would suffice.”

65. “Sir, there is a multi-legged creature crawling on your shoulder.”

66. “Has it occurred to you that there is a certain inefficiency in constantly questioning me on things you’ve already made up your mind about?”

67. “I must acknowledge, once and for all, that the purpose of diplomacy is to prolong a crisis.”

69. “The precise meaning of the word ‘desert’ is a waterless, barren wasteland. I fail to understand your romantic nostalgia for such a place.”

70. “Captain, I see no reason to stand here and be insulted.”

Did You Become a More Logical Person After Reading These Quotes?

Life and its adversities always come unexpectedly and catch us off guard. With this, having a sound mind can help us make the proper decision, as Spock does.

But, we’re still humans—prone to mistakes and aggravation. Like Spock, we can be the most logical person in the room, but we must not forget to have a kindred soul. Keep in mind that a balance between the heart and the mind is vital to carrying on in the most challenging situations.

Do not forget to be kind to yourself. Being logical is a good thing, but sometimes, being loose and letting life take its course is not a bad thing, too!

Which of these Spock quotes is your favorite? Do you have anything more to add? We’d love to hear your thoughts, so comment down below!