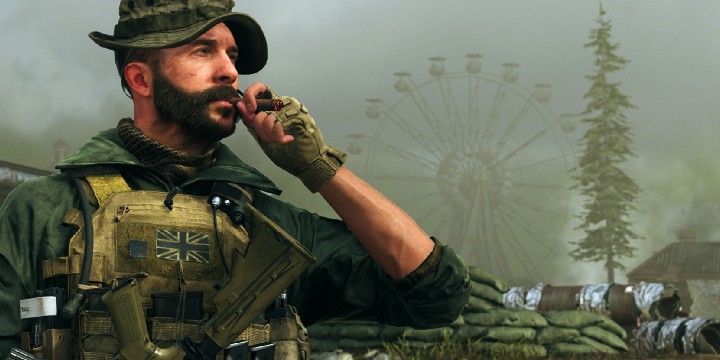 We’ve gathered these Captain Price quotes to give you a glimpse of both his funny and tough sides in the Call of Duty game.

Captain Price is an iconic character in Call of Duty.

Unlike the other characters in the game, no one really knows a lot about his personal life and characteristics.

But when you play his character, you’ll get a better understanding of his perspective and backstory.

If you want to learn more about Captain Price and his famous lines, then this collection is perfect for you.

Make sure you add it to your must-read list.

And don’t forget to check out these Call of Duty quotes.

1. “This is for the record. History is written by the victor. History is filled with liars. If he lives, and we die, his truth becomes written—and ours is lost.”

2. “Have to trust someone to be betrayed. I never did.”

3. “Makarov, you ever hear the old saying, ‘The enemy of my enemy is my friend.’”

4. “The healthy human mind doesn’t wake up in the morning thinking this is its last day on Earth. But I think that’s a luxury, not a curse. To know you’re close to the end is a kind of freedom.”

5. “We fight not so that the world will remember us, but so that there will be a world to remember.”

7. “One of the advantages of being Captain is being able to ask for advice without necessarily having to take it.”

8. “If you can’t identify the target, you are the target.”

9. “The life you knew before is gone. Today, we fight to bring it back.”

10. “It’s quite simple—either we retake the launch facility or we won’t recognize the world tomorrow.”

11. “Your moves are miscalculated, and underestimating your enemies—your biggest mistake. You will find the will of a single man can be broken.”

12. “There’s a simplicity to war. Attacking is the only secret. Dare and the world yields. How quickly they forget that all it takes to change the course of history is the will of a single man.”

13. “They say truth is the first casualty of war. But who defines what’s true? Truth is just a matter of perspective. The duty of every soldier is to protect the innocent, and sometimes that means preserving the lie of good and evil—that war isn’t just natural selection played out on a grand scale. The only truth I found is that the world we live in is a giant tinderbox. All it takes is someone to light the match.”

14. “Shepherd will be a hero, ’cause all you need to change the world is one good lie and a river of blood. He’s about to complete the greatest trick a liar ever played on history. His truth will be the truth. But only if he lives, and we die.”

15. “When you are captain, you are never speaking for yourself.”

17. “I was just a ‘Leftenant’ back then, doing some wet work. Chernobyl, Christmas for the bad guys. Even a decade later, a lot of them still used it to get their hands on nuclear material. A lot of them, including one Imran Zakhaev. Of course we couldn’t just let that happen, cash for spent fuel rods? That’s one hell of a recipe for destruction. It was the first time our government authorized an assassination order since the second World War. I was under the command of Captain MacMillan.”

20. “A good director has to be a captain—he has to work with a lot of people every day.”

21. “You are like a captain navigating a ship. You must give the right orders, thoughts, and images to your subconscious which controls and governs all your experiences.”

22. “War used to be simple—kill or be killed. Survive at all costs. Then everything changed. The action got faster, the weapons got more powerful, the stakes got bigger than anything we’d ever seen. On the eve of our greatest battle, a new hero must rise.”

23. “If the highest aim of a captain were to preserve his ship, he would keep it in port forever.”

24. “Your world as you knew it is gone. How far would you go to bring it back? Shepherd created a war, but only we knew the truth.”

29. “Looking forward to it. Give my regards to Imran Zakhaev if you get there first.”

30. “But the sand and the rocks here, stained with thousands of years of warfare.They will remember us for this. Because out of all our vast array of nightmares, this is the one we choose for ourselves. We go forward like a breath exhaled from the Earth. With vigor in our hearts and one goal in sight. We. Will. Kill him.”

32. “Makarov, this is Price. Shepherd’s a war hero now. He’s got your operations playbook and he’s got a blank check. Give me what you’ve got on Shepherd, and I’ll take care of the rest.”

34. “It matters not how straight the gate—how charged with punishments the scroll. I am the master of my fate. I am the captain of my soul.”

35. “These Russian dogs are like pussycats compared to the ones in Pripyat.”

36. “We are the captains of our own ships sailing the sea of life, but in times of a stormy weather, you will discover true friends when they don’t hesitate to be a lighthouse.”

37. “No captain can do very wrong if he places his ship alongside that of the enemy.”

38. “There’s a clocktower in Hereford where the names of the dead are inscribed. We try to honor their deeds, even as their faces fade from our memory. Those memories are all that’s left, when the bastards have taken everything else.”

41. “These night vision goggles make it too easy.”

42. “Nikolai’s in hell right now. We’re gonna walk him out. We take care of our friends. Let’s move.”

43. “You are the captain of your ship that never comes in.”

Empowering Captain Price Quotes About Being a Captain

45. “You are the captain of your own ship, don’t let anyone else take the wheel.”

46. “A brave captain is as a root, out of which, as branches, the courage of his soldiers doth spring.”

47. “The captain of a ship is not chosen from those of the passengers who come from the best family.”

48. “A captain who does not know where he wants to sail, there is no wind on earth that will bring him there.”

49. “I am the captain of my destiny, I do not abandon the ship in hard times. But, I do have enough sense not to go down with the ship.”

51. “Part of being a captain is knowing when to smile, make the troops happy even when it’s the last thing in the world you want to do. Because they’re your troops and you have to take care of them.”

52. “Be the captain of your ship. Breathe and be grateful.”

53. “The captain of a ship can run a great ship, but he can’t do anything about the tides.”

54. “A ship at sea is its own world. To be the captain of a ship is to be the unquestioned ruler of that world and requires all of the leadership skills of a prince or minister.”

55. “A man without religion or spiritual vision is like a captain who finds himself in the midst of an uncharted sea, without compass, rudder, and steering wheel. He never knows where he is, which way he is going and where he is going to land.”

56. “The hallmark of a great captain is the ability to win the toss, at the right time.”

57. “A man may own a ship, but unless he is captain of a crew he goes where the ship goes.”

58. “When the storm brews and the waves swell, only an experienced captain can control the ship and save it.”

62. “Ortiz says he’s got a couple of guys on the inside that can get us intel on the cartel’s operations. This is a simple pick-up, but stay frosty.”

64. “Rook, follow for Ortiz. Ghost will intercept. But remember, we need Ortiz alive.”

69. “Ignore that load of bollocks, their counterattack is imminent.”

Which of These Captain Price Quotes Gave You Strength?

There are tons of insights and lessons Captain Price gave us through Call of Duty. Critics and fans accepted him because while he is ruthless towards his enemy, he is caring when it comes to his colleagues.

He packs a lot of humor, strength, and battle tactics. At first, you might think Captain Price is hostile and negative, but as you progress through the game, you’ll see a softer side to him.

Through the game, Captain Price taught us to be comfortable and proud of who we are. He taught us that leadership is more than about being the head of the team. It also comes with great responsibility.

Have you played Call of Duty before? Who is your favorite character? Tell us in the comments section below.