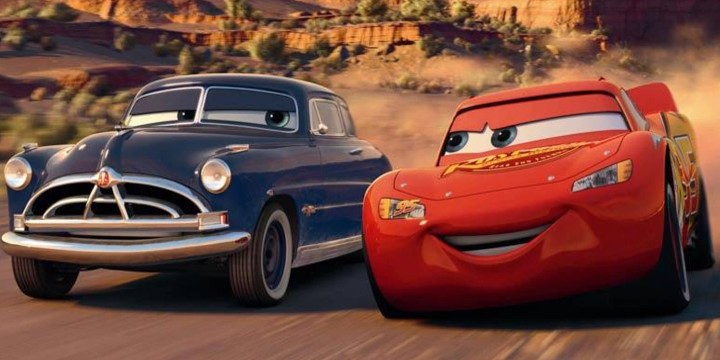 If you need advice on winning any race in life, read these top 30 Cars quotes!

You feel like everything around you is a blur when you’re in a race. You get so focused on the finish line that you sometimes forget what’s happening around you. But, that’s not how things should be.

This is a piece of wisdom we can all learn from Cars, an animated movie about Lightning McQueen, a rookie race car on the way to the biggest race of his life. While on the way to the venue, he gets stranded in an old, rundown town called Radiator Springs.

Lightning McQueen thought that the city’s people would cause him to lose the championship. At first, he felt frustrated and annoyed. By the movie’s end, though, he learns lessons on friendship, family, and what truly matters in life.

Reading the quotes below will be perfect if you want to take a trip down memory lane. Read on and be inspired by the morals Lightning McQueen learns from his friends like Doc Hudson, Mater, Sally, and more.

And don’t forget to check out these Happy Feet quotes and Minions quotes.

1. “Kid, you can beat these guys. Find a groove that works for ya and get that lap back.” – Doc Hudson

2. “This grumpy old race car I know once told me something, ‘It’s an empty cup.’” – Lightning McQueen

3. “Because we are a town worth fixing!” – Sally Carrera

5. “Okay, here we go. Focus. Speed. I am speed. One winner, forty-two losers. I eat losers for breakfast. Breakfast? Maybe I should have had breakfast? Brekkie could be good for me. No, no, no, focus. Speed. Faster than fast, quicker than quick. I am Lightning.” – Lightning McQueen

6. “I hope you find what you’re looking for.” – Sally Carrera

9. Doc Hudson: “When was the last time you cared about something except yourself, hot rod? You name me one time, and I will take it all back. Didn’t think so. These are good folk around here, who care about one another. I don’t want ’em depending on someone they can’t count on.”

Lightning McQueen: “Like you? You’ve been here how long and your friends don’t even know who you are? Who’s caring about only himself?”

12. “I create feelings in others that they themselves don’t understand.” – Lightning McQueen

13. “I wanted to give the folks a little sizzle.” – Lightning McQueen

Cars Quotes to Get Your Energy Up

16. “I must scream it to the world, my excitement from the top of someplace very high!” – Luigi

18. “I know you wouldn’t leave without saying goodbye!” – Mater

20. “You have more talent in one lug nut than a lot of cars have in their whole body. But you’re stupid.” – The King

22. “The racing is the reward. Not the stuff.” – Lightning McQueen

23. “Don’t fear failure. Be afraid of not having the chance. You have the chance!” – Sally Carrera

24. “It’s all about motivation, Mr. McQueen. You can use anything negative as fuel to push through to the positive!” – Cruz Ramírez

26. “You will never be the racer you once were. Accept it. You can’t turn back the clock, kid. But, you can wind it up again.” – Smokey

27. “I sure wish he’d hurry up and get back ’cause we got a whole summer’s worth of best friend fun to make up for.” – Tow Mater

28. “Wow, thank you, Mr. McQueen! You have no idea what a pleasure it is for me to finally beat you.” – Jackson Storm

30. “That I didn’t belong. The other racers looked nothing like me. You know, they—they were bigger, and—and stronger, and so confident. And when they started their engines, that was it. I knew I’d never be a racer. I just left. It was my one shot, and I didn’t take it.” – Cruz Ramírez

Did These Cars Quotes Help You Realize That Friends Are More Important Than Fame?

In Cars, we get a glimpse of Lighting McQueen’s life. As a rookie race car competing for the Piston Cup, his life only had one purpose: winning the race. However, when untimely events happen, and he gets stuck in a town called Radiator Springs, he slowly realizes how dull his life is since he doesn’t have any friends.

Spending time there, he understands that friends can come in all shapes and sizes and will be the best support system he can ever have. He might win the championship without them, but what happens after that? There will be no one beside him genuinely cheering him on.

There will be unexpected events that will come into our lives, just like what happened in Cars. At first, we might feel like we have no way out and that the situation will hold us back from reaching our goals. When this happens to you, just remember what happened to Lightning McQueen and what he learned from the other cars—his friends—in Radiator Springs.

Nothing in this world happens without purpose and meaning. So, even when everything is spiraling out of control, relax and try to see things differently. Fate might be trying to point you in a new and more fruitful direction!