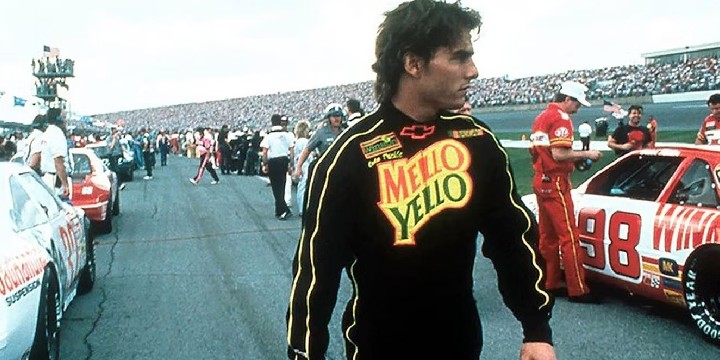 If you love cars and racing, these 25 Days of Thunder quotes are dedicated to you!

We all have a goal, but not everyone is ready to gamble everything they have to accomplish it. However, Cole Trickle from Days of Thunder will show us the importance of taking a leap of faith to fulfill our dreams.

Cole Trickle has a big passion and enjoyment for driving cars. So, when a Chevrolet dealership tycoon, Tim Daland, recruits him to be a racecar driver in the NASCAR Cup Series, he accepts. Joining the team and the race led him to meet a mentor, a lover, and some great competitors.

Given that he is naturally good in his profession, other drivers want to nail him into the wall to stop him from being the best. But, even with all his injuries, Cole Trickle doesn’t give up on his dream to be the top racer.

He continues to strive hard, endure all the pain, and take dangerous risks to reach his objective. So, if you want to be enlightened by Cole Trickle and other characters from the movie, read on!

And don’t forget to check out these Big Trouble in Little China quotes and V for Vendetta quotes.

1. “Claire, I’m more afraid of being nothing than I am of being hurt.” – Cole Trickle

2. Harry Hogge: “All right. While we’re still under a caution, I want you to go back out on that track and hit the pace car.”

Cole Trickle: “What for?”

Harry Hogge: “Because you’ve hit every other g*dd*mn*d thing out there, I want you to be perfect.”

3. Dr. Claire Lewicki: “Tell me what you love so much about racing.”

Cole Trickle: “Speed. To be able to control it. To know that I can control something that’s out of control.”

4. Harry Hogge: “Cole, you’re wandering all over the track!”

Cole Trickle: “Yeah, well this son of a b*tch just slammed into me.”

5. “Control is an illusion, you infantile egomaniac. Nobody knows what’s gonna happen next. Not on a freeway, not in an airplane, not inside our own bodies, and certainly not on a racetrack with 40 other infantile egomaniacs.” – Dr. Claire Lewicki

6. “Drivers can’t stand to be reminded of what can happen to them in a racecar. They don’t go to hospitals, they don’t go to funerals. You get a driver to a funeral before he’s actually dead; you’ve made history, darling.” – Harry Hogge

7. Cole Trickle: “Now are you gonna walk, or am I gonna have to carry you?”

Harry Hogge: “To where?”

Harry Hogge: “When the rear end loose, the car’s fast. Loose is fast, and on the edge, you’re out of control.”

9. “You and Rowdy have the same illness, it’s called denial, and it’s probably going to kill you both.” – Dr. Claire Lewicki

Days of Thunder Quotes for Those Who Love Cars and Racing

10. “I’m gonna give you an engine low to the ground, an extra thick oil pan to cut the wind from underneath you. It’ll give you 30 or 40 more horsepower. I’m gonna give you a fuel line that’ll hold an extra gallon of gas. I’m gonna shave ½-inch off you and shape you like a bullet. I’ll get you primed, painted, and weighed, and you’ll be ready to go out on that racetrack. Hear me? You’re gonna be perfect.” – Harry Hogge

11. Harry Hogge: “What do you know about stock car racing?”

Cole Trickle: “Well, I watched it on television, of course.”

Cole Trickle: “ESPN. The coverage is excellent, you’d be surprised at how much you can pick up.”

Cole Trickle: “I come into the pits, I was in the first place. Now, I am in third with two laps to go!”

Harry Hogge: “Cole, you’re in third place; that’s a respectable position. Now, when they slow down for turn four, I want you to pass them on the outside.”

Cole Trickle: “Harry, you told me nobody passes on the outside in turn four!”

Harry Hogge: “Well now, I’m telling you different. If you go to the outside, you can hold it.”

Tim Daland: “He’s gonna end up in the wall, Harry!”

14. Tim Daland: “We messed up big time on Sunday. I had sponsors in the stands, and I’m hugging and holding hands and kissing them in the ears, and praying for a good showing. And what do we do? We end up looking like a monkey f*cking a football out there. Everybody out, please. Except you two. I’ve got a question. What is the one thing you absolutely need to do to win a race?”

Tim Daland: “You keep quiet. You need to finish the race!”

Cole Trickle: “Tim, I realize Harry’s been around a long time. I’m not saying that his ways are antiquated, but it’d help to have a car that handled properly and didn’t blow engines.”

Harry Hogge: “Well if he wouldn’t get excited and over-rev the son of a b*tch, the engine wouldn’t blow. Now, Cole, when you shift the gear, and that little needle on the tach goes into the red and reads 9,000 RPM, that’s bad.”

Cole Trickle: “It’s also my fault that the tires blow if you ask this old fart!”

Harry Hogge: “Well, hell yes it’s your fault. There are 40 other vultures out there who manage to finish the race on their tires. You see Darrell Waltrip using up his tires?”

Cole Trickle: “There’s nothing I can’t do with a race car.”

Harry Hogge: “Well, that’s the difference between you and me. There’s only so much I can do.”

Deep Days of Thunder Quotes to Dive Into

15. “Tim, take a look at that hound over there. That’s the best coon-dog I ever seen or heard about, and I didn’t have to teach him a damn thing.” – Harry Hogge

16. Female Highway Patrol Officer: “Looks like we found something.”

18. “I’m setting you up for cool weather. But if that sun breaks, after you’re out on the track, you’re liable to get real loose real quick. Now I don’t wanna worry you or nothin’, but Cole’s not ready for that. He’s changed, see, he’s changed. You cannot get out of control and expect him to bring you right back. He’s liable to hurt you, you’re liable to hurt him, and I couldn’t handle that, so, ah, you’ve gotta take care of him. See, you gotta take care of him.” – Harry Hogge

Other Days of Thunder Quotes That You’ll Always Remember

19. Big John: “If you two wanna turn yourselves into a greasy spot out on a country road somewhere, go right ahead. I don’t give a sh*t, and I don’t think anybody else does, but you two monkeys are not going to do it on my racetrack. You ever heard of a ‘Japanese inspection?’ Japanese inspection, you see, when the Japs take in a load of lettuce they’re not sure they wanna let in the country, why they’ll just let it sit there on the dock ’til they get good and ready to look at. But then, of course, it’s all gone rotten—ain’t nothing left to inspect. You see, lettuce is a perishable item, like you two monkeys. You trade paint one more time; you so much as touch. I’m gonna black flag the 2 of you, and tear apart your race cars for 300 laps. Then, if you pass inspection and you put your cars back together, I might let you back into the race. Now, just to show there are no hard feelings, we’re all gonna go to dinner together.”

Cole Trickle: “Well, I have other plans.”

Big John: “Well, you’re gonna have to change them, and you two are driving to dinner together.”

Harry Hogge: “I’ve looked at him.”

Cole Trickle: “Forget it; he needs a brand name like Exon or Richard Petty.”

Harry Hogge: “Well, I know a damn race driver when I see one.”

22. Tim Daland: “If you’re from California, you’re not a Yankee. You’re not really anything.”

Harry Hogge: “You said it.”

Harry Hogge: “I don’t want you to be spoiled, Buck.”

24. “What kind of driver are you going to find after the season’s started? Some old boy who’s washed up, and wasn’t worth a sh*t, to begin with.” – Harry Hogge

Did This Collection Inspire You to Take Risks to Achieve Your Goals?

From the beginning, Cole Trickle is aware of the risks and dangers his profession brings. He even watched how Rowdy—his fellow racer—suffered from a crash. But, instead of being discouraged, Cole still decided to pursue his goals.

His willingness and determination to take risks led him to achieve his dream. So, like what we’ve learned from Cole, remember that the regret of not trying is much worse than failing and getting hurt.

We may not have a risky passion like Cole, but achieving whatever goals we have also requires a lot of risks. These risks may cause you pain, disappointment, and failure, so you need a lot of courage to face them. Running away from the possibility of being hurt will lead you away from your objective.

Remember, your ability to reach goals is affected by how many risks you are willing to take. With that, we hope this collection was able to remove all your angst about taking chances in life. Be ready to take all the risks and drop every fear you have!