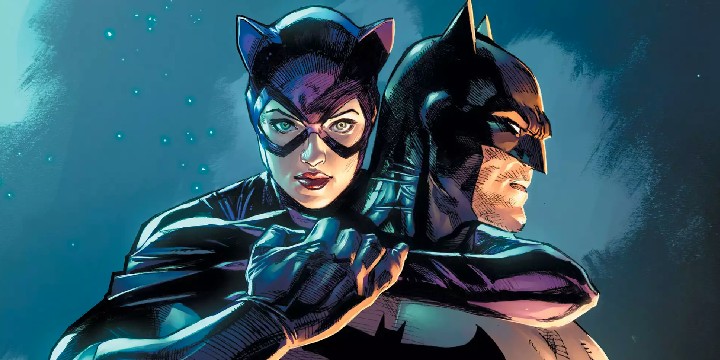 Here’s a collection of the best Catwoman quotes that will take you back to your favorite scenes and dialogues!

Catwoman is a fictional character that appears in American comic books published by DC Comics. She was initially portrayed as a supervillain and Batman’s adversary. But, she later evolved into an antiheroine who did the wrong thing for the right reasons.

She’s a character full of depth, meaning, and insights to which you can surely relate! Her character development, paired with her sensuality and fearlessness, made her adored by many fans. Because of that, she’s also been played by many great actresses in live-action adaptations!

So, if you want to learn more about her as a villain, a woman, and a lover, keep reading this collection! Here are some quotes from various movie adaptations and comic excerpts that you’ll love!

And make sure to check out these Poison Ivy quotes and Batman quotes.

2. “Cats come when they feel like it. Not when they’re told.”

3. “You make it so easy don’t you. Always waiting for some Batman to save you. I am Catwoman. Hear me roar!”

4. “You should understand, Holly. More than anyone else. Sometimes you have to take a life—to save a life.”

5. “Show a man what he expects to see, and he won’t look beneath the surface.”

7. “It’s such a waste when pretty things get broken.”

8. “Freedom is power. To live a life untamed and unafraid is the gift that I’ve been given, and so my journey begins.”

9. “It all started on the day that I died. If there had been an obituary, it would have described the unremarkable life of an unremarkable woman, survived by no one.”

10. “The East End. My soul is tied to this place now. Because it cost me so much in blood and tears. But this is where the Catwoman was born. And if it has to be, this is where she’ll die.”

11. “I’m a thief—and stealing is what I do. Not so much for the prize or the possession or even the profit—but for the art of doing it—because I can—and because I’m good.”

12. “I have to admit—I’ve missed this. The adrenaline rush. The action. The knowledge that money stolen is always better than money earned.”

13. “You’re a good man. But you live in a world that has no place for someone like me. You see, sometimes I’m good. But sometimes I’m bad. But only as bad as I wanna be.”

14. “Just goes to show there are more honest ways of making a dishonest living. But I like my style the best.”

15. “It’s the so-called normal guys who always let you down. Sickos never scare me. At least they’re committed.”

17. “Little birds should stay away from big bad kitty cats.”

18. “You are part of the night, just like me. We’re not afraid of the dark—we come alive in it—we’re thrilled by it.”

19. “Like the view? It’s the only thing you’ll be catching tonight.”

20. “To destroy Batman, we must first turn him into what he hates the most. Namely us.”

21. “By accepting who you are and by all you have, that is when you will understand the true meaning of being free and freedom is the other meaning of power.”

24. “Batman wanted to change us. That’s not love. Try to remember who you are.”

25. “My world is all just shades of gray, Batman. That’s why you’ll never really understand me.”

26. “Bruce, I would—I would love to live with you in your castle—forever, just like in a fairy tale. I just couldn’t live with myself, so don’t pretend this is a happy ending!”

27. “To save the world, heroes make sacrifices. That’s the lesson of every story. I wish I could give my life, but I can’t, I have to give more. My sacrifice is my love. It’s you.”

28. “In my old life, I longed for someone to see what was special in me. You did, and for that, you’ll always be in my heart. But what I really needed was for me to see it. And now I do.”

29. “A long time ago, before I put on this mask, I was afraid of everything.”

Catwoman: “But a kiss could be deadlier if you mean it.”

32. Catwoman: “You’re the second man who killed me this week, but I’ve got seven lives left.”

Batman: “I tried to save you.”

Catwoman: “Seems like every woman you try to save ends up dead—or deeply resentful. Maybe you should retire.”

Batman: “I’d rather die than beg for such a small favor as my life.”

34. Batman: “Catwoman, I find you to be odious, abhorrent, and egregious.”

Catwoman: “A deal with you is expanding my vocabulary—a whole lot.”

Funny Catwoman Quotes to Cheer You Up

37. “Life would be so much easier if I didn’t have this conscience!”

39. “We are not in control. Every now and then life likes to reiterate that little point. Some people find such reminders disconcerting. They spend their lives in breathless pursuit of meaningless goals, hoping to forget everything they know about their own mortality. Some people anchor themselves to something larger. Religion, art, justice. Anything they deem significant in a life that’s not. We are not in control. If we were, surely we’d know better than to care about anything.”

40. “It’s not unlike a heist. It requires a lot of planning. Waiting. Patience. Then it’s game time. And you gotta go all in, or you’re finished.”

41. “I started out doing what I had to. Once you’ve done what you had to, they’ll never let you do what you want to.”

42. “I’ve never been much of a detective type. I’ve known far better men born for the job—what I am good at is going after a specific thing until I get it.”

43. “No one ever finishes that proverb. ‘Curiosity killed the cat—but satisfaction brought it back.’”

44. “If this is what it feels to wear a white hat—to do or have the right thing done, then that is what the Batman story feels like. I don’t like the whole story about their perspective. I am good at it, and I will give it the best.”

45. “You can be whoever you want to be beneath that mask. That’s why we stay hidden, isn’t it? So we’re safe and armored. So we’re accountable to no one. So we can do—anything we want. Isn’t that what we’re about, you and me? Above all else—not being known?”

46. “Tell him we are waiting and ready. But tell him this time—Batman’s wife will join her husband in battle.”

47. “We both know you’ve been looking for a reason to say that for a long time. You never wanted me around. You’ve never liked me. But you could never justify it. Not to Harley.”

48. “Come with me. Save yourself. You don’t owe these people anymore. You’ve given them everything.”

50. “Bad luck. That’s what happens when a black cat crosses your path, right?”

Did Catwoman Embody What It Means to Be a Woman, a Lover, and a Villain—All in One?

Catwoman is the most realistic of all comic book villains in that she isn’t always bad and is never always good. Yes, she plots heists and other questionable activities, but she also has an unspoken admiration and respect for Batman.

Her sensuality, which defines her in so many ways, is a byproduct of her fearlessness and dedication to herself. As a result, the importance of confidence and strength can be seen in her personality.

Many important lessons for society are embedded in Catwoman’s lines and actions. No one ever looks at Catwoman at face value because we know that she’s all about tenacity in the face of adversity.

You must keep in mind that you don’t have to be stuck in a bad situation. Take advantage of whatever’s on your plate and twist it into something that will benefit you moving forward.

We hope our collection was able to help you realize what makes Catwoman such a great character. Don’t forget to share this collection so everyone can get to know this terrific villain and antiheroine on a deeper level!

Do you have any more quotes to share? Let us know in the comments below!