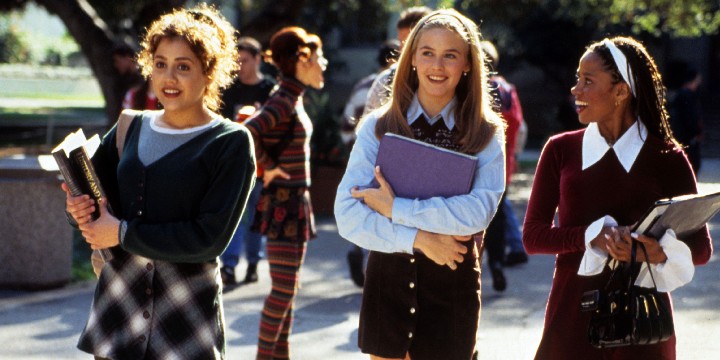 These Clueless quotes have got you covered, from witty lines and sarcastic remarks to raging parties and chic fashion styles!

Clueless is a classic ‘90s coming-of-age comedy movie that can withstand the test of time. It tells the story of Cher Horowitz—a rich and seemingly shallow teenage girl who prioritizes style, popularity, and matchmaking over everything else. However, there’s more to Cher than meets the eye.

As the movie’s main protagonist, she’s Clueless’ way of opening up a conversation about life and growing up. As you watch the movie, maybe you’ll stop and think, “What did I do when I was in high school?” or “What exactly was I thinking when I did that?”

There will be numerous ups and downs in life, but it’s all part of growing up. Every line in Clueless will remind you of your experiences when you were younger. So, let’s go and reminisce about the best times of our lives by reading through the quotes below!

And make sure to read these Mean Girls quotes and Fast Times at Ridgemont High quotes.

1. “Until mankind is peaceful enough not to have violence on the news, there’s no point in taking it out of shows that need it for entertainment value.” – Cher

3. “She’s my friend because we both know what it’s like to have people be jealous of us.” – Cher

4. “Sometimes you have to show a little skin. This reminds boys of being naked, and then they think of sex. And anything you can do to draw attention to your mouth is good.” – Cher

5. “It is one thing to spark up a doobie and get laced at parties, but it is quite another to be fried all day.” – Cher

6. “Searching for a boy in high school is as useless as searching for meaning in a Pauly Shore movie.” – Cher

7. “Love was everywhere, and even though I was alone, I was really happy for Tai. It’s like that book I read in ninth grade that said, ‘‘Tis a far, far better thing doing stuff for other people.’” – Cher

8. “Daddy, some people lost all their belongings. Don’t you think that includes athletic equipment?” – Cher

9. “Wasn’t my mom a betty? She died when I was just a baby. A fluke accident during a routine liposuction. I don’t remember her, but I like to pretend she still watches over me.” – Cher

12. “Dude, what’s wrong. You suffering from buyer’s remorse or something?” – Dionne

13. “I would like to say this. Tardiness is not something you can do on your own. Many, many people contributed to my tardiness. I would like to thank my parents for never giving me a ride to school, the LA city bus driver who took a chance on an unknown kid, and last but not least, the wonderful crew from McDonald’s who spend hours making those egg McMuffins without which I might never be tardy.” – Travis

14. “I know it sounds mental, but sometimes I have more fun vegging out than when I go partying. Maybe because my party clothes are so binding.” – Cher

15. “May I please remind you that it does not say ‘RSVP’ on the Statue of Liberty.” – Cher

16. “Do you prefer fashion victim or ensembly challenged?” – Cher

17. “Dionne and I were both named after great singers of the past who now do infomercials.” – Cher

18. “Christian said he’d call the next day, but in boy time, that meant Thursday.” – Cher

Dionne: “Besides, the PC term is hymenally challenged.”

Also read: She’s the Man Quotes, 10 Things I Hate About You Quotes

Clueless Quotes From Cher That Perfectly Describe Her

26. “Well, some teachers are trying to lowball me, Daddy. And I know how you say, ‘Never accept a first offer,’ so I figure these grades are just a jumping-off point to start negotiations.” – Cher

28. “He does dress better than I do. What would I bring to the relationship?” – Cher

34. “So okay, I don’t want to be a traitor to my generation and all, but I don’t get how guys dress today. I mean, come on, it looks like they just fell out of bed and put on some baggy pants and take their greasy hair and cover it up with a backward cap and like, we’re expected to swoon? I don’t think so.” – Cher

35. “I felt impotent and out of control. Which I really, really hate. I had to find sanctuary in a place where I could gather my thoughts and regain my strength.” – Cher

Clueless Quotes From Dionne to Make You Giggle

37. “I do not wear polyester hair, okay? Unlike some people I know, like Shawana.” – Dionne

40. “Well at least I wouldn’t skin a collie to make my backpack.” – Dionne

47. “Miss Stoeger, I would just like to say that physical education in this school is a disgrace. I mean, standing in line for 40 minutes is hardly aerobically effective. I doubt I’ve worked off the calories in a stick of Carefree Gum.” – Cher

48. “What’s with you, kid? You think the death of Sammy Davis left an opening in the Rat Pack?” – Mr. Horowitz

49. “Okay, like, the way I feel about the Rolling Stones is the way my kids are gonna feel about Nine Inch Nails, so I really shouldn’t torment my mom anymore, huh?” – Travis

50. Josh: “Just because my mom marries some guy does not mean he’s my stepfather.”

51. “Okay, so you’re probably going, ‘Is this, like, a Noxzema commercial or what?’ But seriously, I actually have a way normal life for a teenage girl.” – Cher

Short Clueless Quotes to Think About

56. “Ladies generally hang on the grassy knoll over there.” – Cher

Cher: “Totally based on my powers of persuasion. You proud?”

Mr. Horowitz: “Honey, I couldn’t be happier than if they were based on real grades.”

60. “My plastic surgeon doesn’t want me doing any activity where balls are flying at my nose.” – Amber

64. “Suddenly a dark cloud settled over first period—I got a C in debate?” – Cher

65. Cher: “If it’s a concussion, you have to keep her conscious, okay? Ask her questions.”

Mr. Horowitz: “Well, obviously this boy is a complete moron.”

More Clueless Quotes That You Will Enjoy

Cher: “What’s the point? Everywhere you go has valet.”

69. “No cruising around with Dionne, alright? Two permits do not equal a license.” – Mr. Horowitz

What Memories Have You Uncovered After Reading This Collection?

Clueless is a great movie that takes us back to the years when we were still learning about ourselves. It’s fun, light, and, most importantly, very relatable.

Our teenage years are when we’re free to make mistakes, discover our preferences, and find true friends. This journey is perfectly portrayed by our main character, Cher. However, more than this journey, the message that the movie is really trying to put out is how clueless we can be.

Because of Cher’s personality, she’s absorbed in herself and doesn’t really take the time to stop and think about the world and how her actions might affect others. But, true to Clueless being a classic, in the end, she also learns to be more open and accepting of others’ situations.

However, it’s not just Cher. We can all be clueless at one point, whether it’s about how we respond to others, how we spend our time and money, or even as simple as what we say. So, let’s all be more mindful about our environment; after all, the world doesn’t revolve around us.

We hope you learned a thing or two from this collection of Clueless quotes. Feel free to reread and share this list whenever you want to reminisce about this classic movie or if you want to be inspired.

What other lessons did you learn from Clueless? Who’s your favorite character? Join the discussion below!