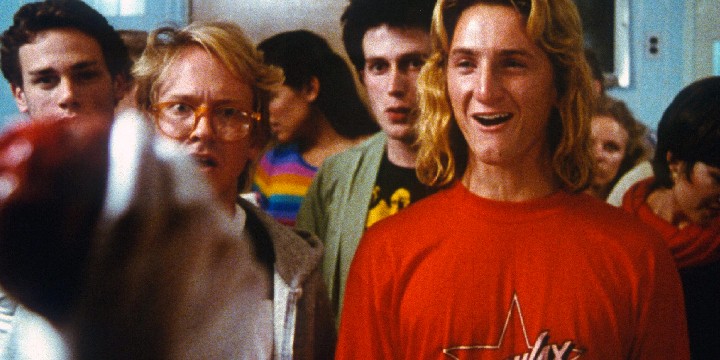 Let these Fast Times at Ridgemont High quotes take you back to your high school years!

Fast Times at Ridgemont High is a coming-of-age film based on the experiences of Cameron Crowe from going undercover at Clairemont High School. Despite being released in 1982, its plot and characters continue to be funny and relatable in the current time. Watching the film will hit you with a wave of nostalgia, so it is undeniably a cult favorite!

We’ve compiled the funniest and most iconic lines from the film, so don’t miss out on this collection. Read the complete list below and be transported to one of the most exciting years of your life!

And make sure to check out these Jeff Spicoli quotes and Step Brothers quotes.

2. “Life comes at you pretty fast. If you don’t stop and look around once in a while, you could miss it.” – Jeff Spicoli

5. “If I’m here, and you’re here, doesn’t that make it our time? Certainly, there’s nothing wrong with a little feast on our time!” – Jeff Spicoli

Fast Times at Ridgemont High Quotes That Are Extremely Relatable

7. “I woke up in such a great mood today. I don’t know what the hell happened.” – Mike Damone

9. “When it comes down to making out, whenever possible, put on side one of ‘Led Zeppelin IV.'” – Mike Damone

10. “I shall serve no fries before their time.” – Brad Hamilton

11. Stacy Hamilton: “I want a relationship. I want romance.”

Linda Barrett: “In Ridgemont? We can’t even get cable TV here, Stacy, and you want romance.”

13. “That’s fantastic. Let me ask you a question. When you get out there, do you ever fear for your life?” – Stu Nahan

Stacy Hamilton: “I like Ron. But it hurts so bad.”

Linda Barrett: “Don’t worry. Keep doing it. It gets a lot better, I swear.”

15. Mr. Arnold Hand: “Am I hallucinating here? Just what in the hell do you think you’re doing?”

Jeff Spicoli: “Learning about Cuba and having some food.”

Jeff Spicoli: “What for?”

18. “What is this fascination with truancy? What is it that gets inside of your heads? There are some teachers at this school who look the other way at truants. It’s a little game you both play. They pretend they don’t see you, and you pretend you don’t ditch! Now, in the end, who pays the price? You!” – Mr. Arnold Hand

21. “I mean, you put the vibe out to 30 million chicks, something is gonna happen.” – Mark Ratner

Fast Times at Ridgemont High Quotes for Your Cool Date

23. “First of all, Rat, you never let on how much you like a girl. ‘Oh, Debbie. Hi.’ Two, you always call the shots. ‘Kiss me. You won’t regret it.’ Now three, act like wherever you are, that’s the place to be. ‘Isn’t this great?’ Four, when ordering food, you find out what she wants, then order for the both of you. It’s a classy move. ‘Now, the lady will have the linguini and white clam sauce, and a Coke with no ice.'” – Mike Damone

24. “The attitude dictates that you don’t care whether she comes, stays, lays, or prays. I mean, whatever happens, your toes are still tappin’. Now, when you got that, then you have the attitude.” – Mike Damone

25. “I mean, don’t just walk in. You move across the room. And you don’t talk to her. You use your face. You use your body. You use everything. That’s what I do. I mean, I just send out this vibe, and I have personally found that women do respond. I mean, something happens.” – Mike Damone

27. “So what Jefferson was saying was, ‘Hey! You know, we left this England place because it was bogus. So if we don’t get some cool rules ourselves, pronto, we’ll just be bogus too.’ Yeah?” – Jeff Spicoli

Jeff Spicoli: “I just couldn’t make it on time.”

Mr. Arnold Hand: “You mean, you couldn’t or wouldn’t?”

Jeff Spicoli: “Well, there’s like a full crowd scene at the food line.”

29. “Look at you, member of the honor roll, assistant to the assistant manager of the movie theater. I’m tellin’ you, Rat, if this girl can’t smell your qualifications, then who needs her, right?” – Mike Damone

31. “People exaggerate so much around here.” – Linda Barrett

Linda Barrett: “A quart or so.”

35. Perry’s Pizza Waitress: “Linda, Linda, there he is. There’s that guy from the stereo store. Don’t you think he looks like Richard Gere?”

Linda Barrett: “Did you see his cute little butt?”

36. “What do you mean, ‘What’s there to do at the Point?’ We’ve been going out together for two years.” – Brad Hamilton

39. Pirate King: “Hamilton, you’re going over there as a representative of Captain Hook Fish and Chips. Part of our image, part of our appeal is that uniform. You know that.”

Brad Hamilton: “You really want me to put this stuff back on?”

Did You See Your Younger Self in Some of the Characters?

High school makes up the best years of our life. After all, it is filled with memories of awkwardness, exploring sexuality, and trying to fit in.

Fast Times at Ridgemont High perfectly captures our moments in these formative years. It echoes a documentary of our mistakes and the fun parties we experienced in our teens. Moreover, it brings us back to the times when we are still naive and everything is new in our lives.

We hope that these Fast Times at Ridgemont High quotes did not only make you laugh but also made you reflect on your school years. Celebrate how far you’ve come and welcome the years and experiences life will bring you moving forward!

Which is your favorite Fast Times at Ridgemont High quote? Do you have more quotes to add? Join the discussion below!