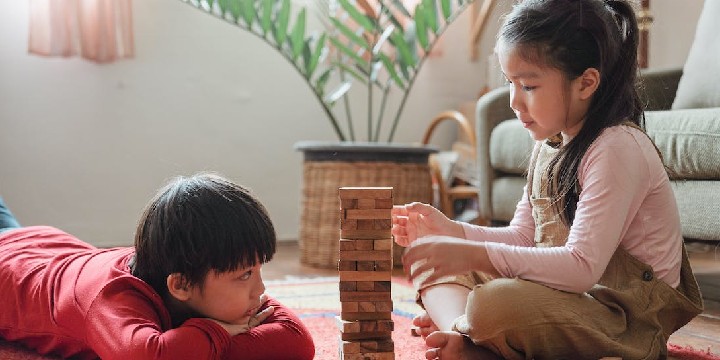 These common sense quotes will serve as your guide as you work through life’s complications.

One of the most important things a human must have is common sense. You can be incomparably intelligent, influential, and powerful. But, without common sense, you wouldn’t be able to move through life and its challenges effectively.

Remember that sometimes, solutions to complex problems require simple common sense. So, don’t overthink things! We just have to be more discerning of how everything around us works, and through common sense, we’ll be able to relate one point to another, eventually leading us to a possible solution.

Some people even say that having common sense is being street smart! So, if you want to know more about this topic, keep reading.

Check our list to the end to better understand how common sense helps us succeed in life.

And don’t miss out these logic quotes and brain quotes.

1. “Common sense in an uncommon degree is what the world calls wisdom.” – Samuel Taylor Coleridge

2. “Everybody gets so much information all day long that they lose their common sense.” – Gertrude Stein

3. “Common sense is instinct. Enough of it is genius.” – George Bernard Shaw

4. “With a little bit of common sense, anything is achievable.” – Dick Strawbridge

5. “Common sense is the foundation of all authorities, of the laws themselves, and of their construction.” – Thomas Jefferson

6. “Every problem can be solved as long as they use common sense and apply the right research and techniques.” – Daymond John

7. “The art of common sense is applying the best wisdom we know today based on all our yesterdays.” – Wilfred Peterson

8. “Common sense is the measure of the possible; it is composed of experience and prevision; it is calculation applied to life.” – Henri Frederic Amiel

9. “Common sense is that which judges the things given to it by other senses.” – Leonardo da Vinci

10. “When unsure how to solve a problem, use your common sense.” – Catherine Pulsifer

Powerful Common Sense Quotes to Guide You in Life

11. “One pound of learning requires 10 pounds of common sense to apply it.” – Persian Proverb

13. “Don’t be afraid of being scared. To be afraid is a sign of common sense. Only complete idiots are not afraid of anything.” – Carlos Ruiz Zafón

14. “Every one of you is a super genius if you just focus your common sense.” – Eliyahu Goldratt

15. “Seek advice but use your own common sense.” – Yiddish Proverb

16. “Why is it that common sense is seldom common practice?” – Eliyahu Goldratt

17. “Absolutely nothing needs to change in your life in order for you to feel better. You simply need to see something about the nature of your own thinking that you didn’t see before.” – Richard Carlson

18. “Common sense, as well as common values all, lead us. Our future depends upon it, and our present is going to be vastly better when we get back to these basics.” – Joan Blades

19. “Work hard, use your common sense, and don’t be afraid to trust your instincts.” – Fred L. Turner

22. “Common sense is what tells us the earth is flat.” – Stuart Chase

23. “Science is organized common sense where many a beautiful theory was killed by an ugly fact.” – Thomas Huxley

24. “Soap and water and common sense are the best disinfectants.” – William Osler

25. “No brilliance is needed in the law. Nothing but common sense, and relatively clean fingernails.” – John Mortimer

28. “A lack of common sense usually ends in some heroic feat, much like the soldier who dives onto the grenade so that others may live.” – Criss Jami

30. “There may be times when all of us feel like we’re trapped in a paper sack, but with a little bit of common sense, we can fight our way out.” – Henry Adkins

Common Sense Quotes to Know More About Its Essence

31. “Common sense is the most fairly distributed thing in the world, for each one thinks he is so well-endowed with it that even those who are hardest to satisfy in all other matters are not in the habit of desiring more of it than they already have.” – Rene Descartes

32. “Common sense would suggest that having the ability, like being smart, inspires confidence. It does, but only while the going is easy. The deciding factor in life is how you handle setbacks and challenges. People with a growth mindset welcome setbacks with open arms.” – Travis Bradberry

33. “Common sense to one person might be something different to another.” – Taya Kyle

34. “Common sense is perhaps the most equally divided, but surely the most underemployed, talent in the world.” – Christine Collange

Common Sense Quotes to Give You a Glimpse of Its Importance

37. “Common sense is in spite of, not the result of, education.” – Victor Hugo

38. “It is a thousand times better to have common sense without education than to have education without common sense.” – Robert Green Ingersoll

40. “I never got a formal education. So my intellect is my common sense. I don’t have anything else going for me. And my common sense opens the door to instinct.” – Jerry Lewis

41. “Common sense is the exercise of applying experiential learning to a situation heretofore inexperienced in order to establish an action or behavior that leads to a satisfactory conclusion.” – Byron R. Pulsifer

42. “I am not saying that being educated is of no value, what I am saying is that many times experience brings common sense which is something that just reading a book or studying does not give you.” – Catherine Pulsifer

Common Sense Quotes That Zoom in on Ingenuity

43. “The genius of a good leader is to leave behind him a situation which common sense, without the grace of genius, can deal with successfully.” – Walter Lippmann

44. “Common sense is only a modification of talent. Genius is an exaltation of it. The difference is, therefore, in degree, not nature.” – Edward G. Bulwer-Lytton

47. “Success is not a matter of mastering subtle, sophisticated theory but rather of embracing common sense with uncommon levels of discipline and persistence.” – Patrick Lencioni

48. “Success is more a function of consistent common sense than it is of genius.” – An Wang

49. “It is not common sense to assert that those who have achieved success have done so because they are lucky or that they have never failed.” – Catherine Pulsifer

50. “If the grass is greener on the other side, it’s probably getting better care. Success is a matter of sticking to a set of common sense principles anyone can master.” – Earl Nightingale

Common Sense Quotes for a Fresh Take on Life

51. “Common sense and nature will do a lot to make the pilgrimage of life not too difficult.” – W. Somerset Maugham

53. “In life, you need many more things besides talent. Things like good advice and common sense.” – Hack Wilson

55. “Dear child, there are few problems in life which kindness and common sense cannot make simple and manageable.” – Mary Burchell

56. “Self-sacrifice which denies common sense is not a virtue. It’s a spiritual dissipation.” – Margaret Deland

Common Sense Quotes That Tackle Its Connection With Wisdom

58. “The wisdom of the wise is an uncommon degree of common sense.” – William Inge

60. “A house is built by wisdom and becomes strong through good sense.” – Proverbs 24:3

Common Sense Quotes for a Better Outlook on Everything

61. “Let’s not be afraid to speak the common sense truth: you can’t have high standards without good discipline.” – William Hague

62. “I am confident that, in the end, common sense and justice will prevail.” – Cat Stevens

63. “We need to replace fear and greed with common sense and the common good.” – Christopher Wasserman

64. “All truth, in the long run, is only common sense clarified.” – Thomas H. Huxley

65. “I think that we must find some way to get more common sense, more rationality, in our decisions and less emotion.” – David Packard

Other Common Sense Quotes That You Will Love

66. “I read, I study, I examine, I listen, I think, and out of all that I try to form an idea into which I put as much common sense as I can.” – Marquis de Lafayette

67. “The philosophy of one century is the common sense of the next.” – Henry Ward Beecher

68. “Science is simply common sense at its best, that is, rigidly accurate in observation, and merciless to fallacy in logic.” – Thomas Huxley

69. “Nowadays most people die of a sort of creeping common sense, and discover when it is too late that the only things one never regrets are one’s mistakes.” – Oscar Wilde

70. “Faith is believing in things when common sense tells you not to.” – George Seaton

How Important Do You Think Common Sense Is in Life?

Common sense is something that everyone has. The problem is that not a lot of people know how to make full use of it. Sometimes, they don’t even recognize that they have the common sense to help them solve complex and challenging situations.

We tend to overcomplicate and overthink things because we believe complex problems also need complex solutions and strategies. But, sometimes, something simple will do the trick!

More than that, it’s through common sense that we can move through our everyday life smoothly. Without it, little things would be too hard for us to handle. What makes it so good is that it’s so easy to develop our common sense, too!

Be open to learning new things, don’t be afraid of trying something new, and always stay curious. By doing these things, slowly but surely, you’ll see that your common sense will improve and become better than it was before.

With that, we hope we were able to help you understand how important it is to utilize your common sense in everything you do. Keep this list of common sense quotes in your bookmarks, so you have something to look back on whenever you need advice!