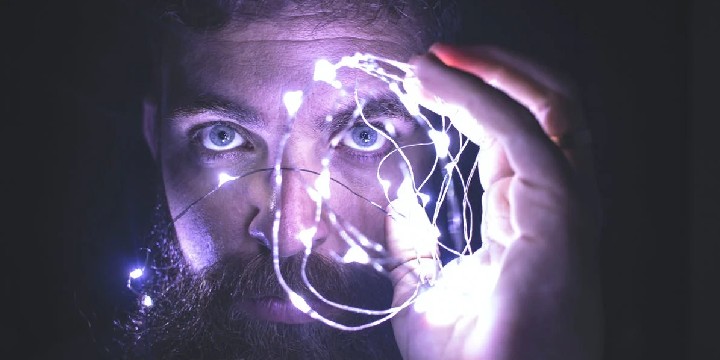 Fill your mind with knowledge and creative ideas by reading this list of brain quotes.

A lot of people think that the only things that matter are our hearts and bodies.

For some reason, they tend to overlook the value of our brains. But if you think about it, having a healthy brain is essential in every aspect of our lives.

If we have a healthy heart and body, but our brains aren’t in top shape, then we’ve got nothing.

After all, it’s the brain that controls everything from your memory, hearing, vision, and speech to your ability to think creatively and reason.

So, if you want to know more about the brain’s functions and importance, read these quotes to enlighten you.

Our collection below contains wise words that will impact your quality of life!

And make sure to check out these intelligence quotes and mind quotes.

1. “From nothing else but the brain come joys, delights, laughter, and sports, and sorrows, griefs, despondency, and lamentations.” – Hippocrates

2. “The brain is a wonderful organ. It starts working the moment you get up in the morning and does not stop until you get into the office.” – Robert Frost

3. “The brain is a muscle of busy hills, the struggle of unthought things with things eternally thought.” – Joyce Carol Oates

4. “The brain is like a muscle. When it is in use, we feel very good. Understanding is joyous.” – Carl Sagan

5. “The brain is conceded to be the master organ of the body, the regulator of life, and the source of human progress.” – Frederick Tilney

6. “Every human brain is both a broadcasting and receiving station for the vibration of thought.” – Napoleon Hill

7. “The human brain is a most unusual instrument of elegant and as yet unknown capacity.” – Stuart Seaton

8. “A brain was only capable of what it could conceive, and it couldn’t conceive what it had never experienced.” – Graham Greene

9. “The brain is a complex biological organ of great computational capability that constructs our sensory experiences, regulates our thoughts and emotions, and controls our actions.” – Eric Kandel

10. “The brain is the organ of destiny. It holds within its humming mechanism secrets that will determine the future of the human race.” – Wilder Penfield

Famous Quotes About the Brain

11. “Our brain is the factory of the emotions.” – Don Miguel Ruiz

12. “No brain is stronger than its weakest think.” – Thomas Lansing Masson

13. “The human brain, then, is the most complicated organization of matter that we know.” – Isaac Asimov

14. “The emotional brain responds to an event more quickly than the thinking brain.” – Daniel Goleman

15. “The more you use your brain, the more brain you will have to use.” – George Amos Dorsey

17. “The softest, freest, most pliable and changeful living substance is the brain—the hardest and most iron-bound as well.” – Charlotte Perkins Gilman

Short Brain Quotes That Are Packed With Wisdom

18. “The brain is a commodity used to fertilize ideas.” – Elbert Hubbard

19. “The chief function of the body is to carry the brain around.” – Thomas Edison

20. “The brain cannot stand like a monument and maintain its integrity.” – William Henry Day

21. “The brain is a monstrous, beautiful mess.” – William F. Allman

22. “The brain is an island in an osmotically homogeneous sea.” – Francis Daniels Moore

23. “Where there are no brains, there is no feeling.” – American Proverb

24. “Brain: an apparatus with which we think that we think.” – Ambrose Bierce

25. “The brain is a muscle that can move the world.” – Stephen King

26. “The brain that doesn’t feed itself, eats itself.” – Gore Vidal

27. “The human brain is an incredible pattern-matching machine.” – Jeff Bezos

28. “Overall, the human brain is the most complex object known in the universe—known, that is, to itself.” – E. O. Wilson

29. “If you only have brains on your head, you would be as good a man as any of them and a better man than some of them. Brains are the only things worth having in this world, no matter whether one is a crow or a man.” – L. Frank Baum

30. “Brains exist because the distribution of resources necessary for survival and the hazards that threaten survival vary in space and time.” – John M. Allman

31. “The brain is highly structured, but it is also extremely flexible. It’s not a blank slate, but it isn’t written in stone, either.” – Alison Gopnik

32. “My fundamental premise about the brain is that its workings, what we sometimes call ‘mind’—are a consequence of its anatomy and physiology, and nothing more.” – Carl Sagan

33. “For the brain is the organ not of the imagination alone, which is put to an unhealthy strain by excessive mental labor, but probably also of the passions, whose emotions when excessive may cause even permanent lesion.” – Charles Coppens

Brain Quotes to Understand Its Function

34. “The brain appears to possess a special area which we might call poetic memory and which records everything that charms or touches us, that makes our lives beautiful.” – Milan Kundera

35. “To know the brain is equivalent to ascertaining the material course of thought and will, to discovering the intimate history of life in its perpetual duel with external forces.” – Santiago Ramón y Cajal

36. “We have a brain for one reason and one reason only, and that’s to produce adaptable and complex movements.” – Daniel Wolpert

37. “A better understanding of the brain is certain to lead man to a richer comprehension both of himself, of his fellow man, and of society, and in fact, of the whole world with its problems.” – John Eccles

38. “The brain is truly wonderful and complex, seamlessly and apparently effortlessly able to attend to multiple tasks at the same time. However, the human brain, via religion or science, art or technology, has yet to figure itself out.” – John S. Allen

39. “The brain is the great factory of thought. To it are directed all the forces of nature, forces which, for thousands of years, have been expending themselves upon it and impressing on it a slow and continuous motion of evolution.” – Leonardo Bianchi

40. “You have to train your brain to be positive just like you work out your body.” – Shawn Achor

41. “You know you’ve got to exercise your brain just like your muscles.” – Will Rogers

42. “The brain has muscles for thinking as the legs have muscles for walking.” – Julien Offray de La Mettrie

44. “I used to think the brain was the most important organ in the body until I realized who was telling me that.” – Emo Phillips

45. “The human brain starts working the moment you are born and never stops until you stand up to speak in public.” – George Jessel

46. “The human brain is a funny thing: it’s very susceptible to tempo and melody. You put the right words to it, and it becomes very influential.” – Ray Stevens

47. “We know the human brain is a device to keep the ears from grating on one another.” – Peter R. de Vries

Deep Brain Quotes That Will Blow Your Mind

48. “I consider that a man’s brain originally is like a little empty attic, and you have to stock it with such furniture as you choose.” – Arthur Conan Doyle

50. “As long as our brain is a mystery, the universe, the reflection of the structure of the brain will also be a mystery.” – Santiago Ramón y Cajal

51. “One of the difficulties in understanding the brain is that it is like nothing so much as a lump of porridge.” – Richard Gregory

52. “The brain may devise laws for the blood, but a hot temper leaps over a cold decree.” – William Shakespeare

53. “The brain is wider than the sky, for, put them side by side, the one the other will include with ease, and you beside.” – Emily Dickinson

54. “Shaped a little like a loaf of French country bread, our brain is a crowded chemistry lab, bustling with nonstop neural conversations.” – Diane Ackerman

Brain Quotes for Those Who Want to Know More About It

55. “Every human brain is born not as a blank tablet—a tabula rasa—waiting to be filled by experience but as an exposed negative waiting to be slipped into developer fluid.” – E. O. Wilson

56. “The brain can stifle the expression of basic attributes, sometimes acting to prevent the natural flow of basic drives into creative expression. Thinking can sometimes be dangerous, cutting us off from instinctive behaviors and even leading us toward species extinction. Have we become too smart? The brain is not an organ to be relied upon. It is developing monstrously. It is swelling like a goiter.” – Aleksandr Blok

57. “In the study of brain functions, we rely upon a biased, poorly understood, and frequently unpredictable organ in order to study the properties of another such organ; we have to use a brain to study a brain.” – William C. Corning

More Brain Quotes for Everyone

58. “When can our brain’s innate objectivity begin to flourish? Only when our inappropriate self-centered subjectivity begins to dissolve.” – James H. Austin

59. “A man’s brain has a more difficult time shifting from thinking to feeling than a woman’s brain does.” – Barbara De Angelis

60. “There are billions of neurons in our brains, but what are neurons? Just cells. The brain has no knowledge until connections are made between neurons. All that we know, all that we are, comes from the way our neurons are connected.” – Tim Berners-Lee

Do You Think Your Brain Is the Most Important Organ in Your Body?

The brain is one of our organs, but it might just be the most important one. After all, it controls the rest of our organs like our eyes, ears, and nose. On top of that, it also allows us to feel our emotions, making us experience sadness, happiness, anger, and more.

Caring for our brains is essential as it’s the only thing that will allow us to function. To start, you must get enough sleep, eat healthy food, and exercise. Doing so gives your body a chance to release natural chemicals and hormones that boost your mood and reduce stress.

Keeping our brains in good shape makes us successful and helps us live longer lives! So, we must remember these basic steps to keep our minds healthy and strong.

Hopefully, these quotes were able to help you understand the value of your brain. Remember that we cannot be our best selves if our minds are not correctly cared for and utilized!