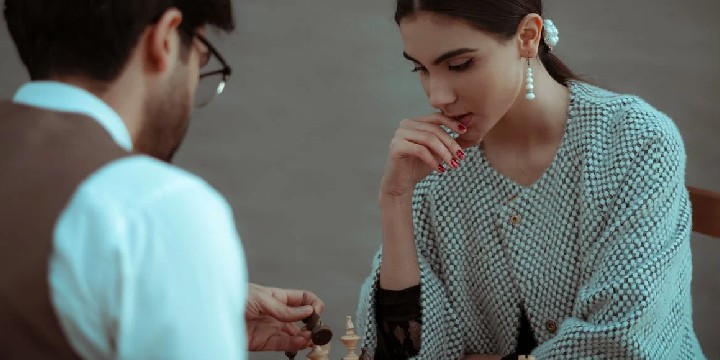 Read these top logic quotes to help you handle every situation you encounter wisely!

Being logical means we can reason clearly and effectively. We don’t just make conclusions based only on our opinions; we assess all sides of the story and consider proven facts. While it’s a term commonly used in scientific research, logic is actually instrumental in our daily lives.

Logic is especially helpful whenever we want to communicate effectively with others. After all, we won’t be able to explain what we want to say without a proper and logical way of presenting our ideas and thoughts.

If we aren’t logical, our thoughts can get all mixed up, leaving others—even us—confused. So, always make sure you use a logical and well-thought-out approach to make things clear for others and yourself.

Read through the best logic quotes below! We’re positive you’ll leave with a better understanding of how to communicate with others effectively and approach all situations wisely.

And don’t miss out these common sense quotes and brain quotes.

1. “A mind all logic is like a knife all blade. It makes the hand bleed that uses it.” – Rabindranath Tagore

2. “Logic will get you from A to B. Imagination will take you everywhere.” – Albert Einstein

3. “Logical thinking keeps you from wasting time worrying or hoping. It prevents disappointment. Imagination, on the other hand, only gets you hyped up over things that will never realistically happen.” – Jodi Picoult

4. “Pure logic can lead you to conclusions that are ethically wrong, whereas if you are moral and righteous, that will ensure that you don’t act shamefully.” – Christopher Paolini

5. “Logic is the technique by which we add conviction to truth.” – Jean de la Bruyere

6. “Logic—the art of thinking and reasoning in strict accordance with the limitations and incapacities of human misunderstanding.” – Ambrose Bierce

7. “Logic is like the sword—those who appeal to it, shall perish by it.” – Samuel Butler

8. “The answer is logic. Or, to put it another way, the ability to reason analytically. Applied properly, it can overcome any lack of wisdom, which one only gains through age and experience.” – Christopher Paolini

10. “Logic is immaturity weaving its nets of gossamer wherewith it aims to catch the behemoth of knowledge. Logic is a crutch for the cripple, but a burden for the swift of foot and a greater burden still for the wise.” – Mikhail Naimy

11. “Logic must look after itself. In a certain sense, we cannot make mistakes in logic.” – Ludwig Wittgenstein

12. “Logic is not a body of doctrine, but a mirror—image of the world. Logic is transcendental.” – Ludwig Wittgenstein

13. “Logic takes care of itself; all we have to do is to look and see how it does it.” – Ludwig Wittgenstein

14. “Bad reasoning, as well as good reasoning, is possible; and this fact is the foundation of the practical side of logic.” – Charles Sanders Peirce

15. “Logic is something the mind has created to conceal its timidity, a hocus-pocus designed to give formal validity to conclusions we are willing to accept if everybody else in our set will too.” – Carl Lotus Becker

Short but Powerful Logic Quotes to Keep In Mind

17. “Logic is the beginning of wisdom, not the end.” – Leonard Nimoy

19. “Pure logic is the ruin of the spirit.” – Antoine de Saint-Exupéry

21. “When intuition and logic agree, you are always right.” – Blaise Pascal

22. “Logic is the art of going wrong with confidence.” – Joseph Wood Krutch

23. “Logic is one thing and common sense another.” – Elbert Hubbard

24. “Against logic, there is no armor like ignorance.” – Laurence J. Peter

25. “Logic is a system whereby one may go wrong with confidence.” – Charles Kettering

26. “The logic of words should yield to the logic of realities.” – Louis D. Brandeis

27. “Logic, like whiskey, loses its beneficial effect when taken in too large quantities.” – Lord Dunsany

28. “What is a logical mind? It is the antiseptic that destroys the bacilli of unreason whereby true happiness is vivified.” – William John Locke

29. “What truly is logic? Who decides reason? It is only in the mysterious equations of love that any logic or reason can be found.” – John Nash

31. “It’s a fool that looks for logic in the chambers of the human heart.” – Joel Coen

32. “The decay of logic results from an untroubled assumption that the particular is real and the universal is not.” – C.S. Lewis

33. “Crime is common. Logic is rare. Therefore it is upon the logic rather than upon the crime that you should dwell.” – Arthur Conan Doyle

Logic Quotes for a Better Understanding of Humanity

34. “Logic is one thing, the human animal another. You can quite easily propose a logical solution to something and at the same time hope in your heart of hearts it won’t work out.” – Luigi Pirandello

35. “Deep in the human unconscious is a pervasive need for a logical universe that makes sense, but the real universe is always one step beyond logic.” – Frank Herbert

36. “Human beings are not reasonable creatures. Instead of being ruled by logic, we are ruled by emotions. The world would be a happier place if the opposite were true.” – Nicola Yoon

37. “People want to ignore what they can’t understand. They’re looking for logic at any cost.” – Alice Hoffman

39. “People who lean on logic and philosophy and rational exposition end by starving the best part of the mind.” – William Butler Yeats

40. “The much vaunted male logic isn’t logical, because they display prejudices against half the human race that are considered prejudices according to any dictionary definition.” – Eva Figes

41. “There is no morality by instinct. There is no social salvation in the end without taking thought; without mastery of logic and application of logic to human experience.” – Katharine Fullerton Gerould

Logic Quotes to Get a Glimpse of Its Role in Love

42. “Love is not the absence of logic, but logic examined and recalculated heated and curved to fit inside the contours of the heart.” – Tammara Webber

44. “Love is many things, none of them logical.” – William Goldman

45. “To a person in love, the value of the individual is intuitively known. Love needs no logic for its mission.” – Charles Lindbergh

47. “The logic of the heart is absurd.” – Jeanne Julie Eleonore de Lespinasse

Informative Logic Quotes That Relate It to Science

48. “Science is simply common sense at its best, that is, rigidly accurate in observation, and merciless to fallacy in logic.” – Thomas Huxley

49. “Logic is neither an art nor a science but a dodge.” – Stendhal

50. “As we have already seen, logic has traditionally been described as the science of thought. If it is a science, however, logic is a theoretical science, not empirical science.” – Paul Tomassi

51. “Logic is justly considered the basis of all other sciences, even if only for the reason that in every argument we employ concepts taken from the field of logic, and that every correct inference proceeds in accordance with its laws.” – Alfred Tarski

Logic Quotes to Get Insights on Mathematics

52. “Logic is the hygiene the mathematician practices to keep his ideas healthy and strong.” – Hermann Weyl

53. “Formal logic is mathematics, and there are philosophers like Wittgenstein that are very mathematical, but what they’re really doing is mathematics—it’s not talking about things that have affected computer science; it’s mathematical logic.” – Lawrence M. Krauss

54. “Logic and mathematics are nothing but specialized linguistic structures.” – Jean Piaget

Poetic Logic Quotes to Ponder On

55. “Nature is the source of all true knowledge. She has her own logic, her own laws, she has no effect without cause nor invention without necessity.” – Leonardo da Vinci

56. “Logic helps us to strip off the outward disguise of things, and to behold and judge of them in their own nature.” – Isaac Watts

57. “Trying to understand the way nature works involves a most terrible test of human reasoning ability. It involves subtle trickery, beautiful tightropes of logic on which one has to walk in order not to make a mistake in predicting what will happen.” – Richard P. Feynman

58. “There are crimes of passion and crimes of logic. The boundary between them is not clearly defined.” – Albert Camus

60. “Language is a form of human reason, which has its internal logic of which man knows nothing.” – Claude Levi-Strauss

How Did These Logic Quotes Impact How You View the World and Your Surroundings?

The world around us is loaded with information, and we’re fed with data every second and minute of our lives. If we don’t have logic, all these pieces of information will just float around in our brains, making it hard for us to deal with situations wisely. We also won’t be able to communicate what we feel or think with others.

This is why it’s so essential to practice logical thinking and reasoning. Doing so opens our minds to new things and removes any doubts about certain situations. We would also be able to freely, clearly, and effectively share our opinions with the world.

Without logic, drowning in a sea of information will be easy. It will also feel like you’re falling without solid or substantial knowledge to hold you down.

So, to approach things wisely, cultivate your logical thinking and reasoning. Let these logic quotes provide you with life-changing truths that’ll guide the way you think!