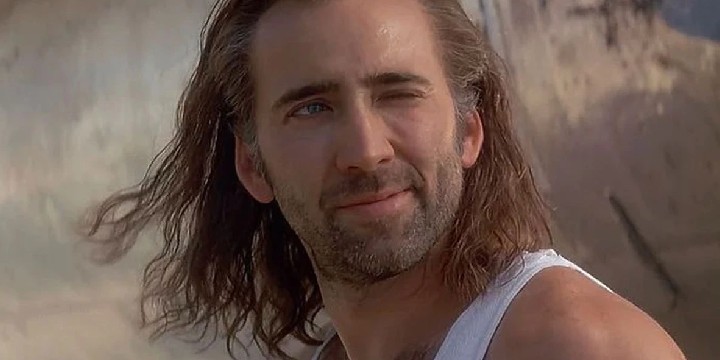 Here are some excellent Con Air quotes that’ll fit right up your alley!

Con Air stars Nicolas Cage, John Cusack, John Malkovich, and other great actors. While their presence is enough to make this a blockbuster hit, the movie didn’t stop there. It also incorporated great morals in life!

Without trying to break it down, Con Air focuses on the prison break of a couple of inmates while aboard an aircraft. On this plane, there are all sorts of criminals—rapists, mass murderers, and more. However, there’s also Cameron Poe, a former US ranger convicted of manslaughter for protecting his pregnant wife.

There are all sorts of conflicts that happen during the flight. While we’ll get mostly action on the outside, be ready for profound lessons when you read this list of quotes.

And don’t forget to check out these Face/Off quotes and The Equalizer quotes.

1. “Define irony: bunch of idiots dancing on a plane to a song made famous by a band that died in a plane crash.” – Garland Greene

2. Cyrus Grissom: “Say there was a disturbance, but you’ve got it under control. Say it, or I will kill you.”

Pilot: “Without me, you got nobody to fly the plane.”

Cyrus Grissom: “I never think that far ahead.”

Garland Greene: “Well, you don’t have to tell me. Most murders are crimes of necessity rather than desire. But the great ones—Dahmer, Gacy, Bundy—they did it because it excited them.”

Cameron Poe: “Don’t you—I got nothing in common with them. With you! Don’t you talk to me! They were insane!”

Garland Greene: “Now you’re talking semantics. What if I told you insane was working a 50-hour week for 50 years, at the end of which they tell you to piss off. Ending up in some retirement village, hoping to die rather than suffering the indignity of trying to make it to the toilet on time. Wouldn’t you consider that to be insane?”

Cameron Poe: “Murdering 30 people, semantics or not, is insane.”

Garland Greene: “One girl, I drove through three states wearing her head as a hat.”

Cameron Poe: “It’s my daughter’s birthday, so please feel free not to share everything with me.”

4. Cyrus Grissom: “Considering my audience, I’m gonna make this very quick and very simple. This is the boneyard. This is the hangar. This is our plane.”

Cyrus Grissom: “The convoy will enter the boneyard here. Initially, we take out the first car, then we take out the last, creating a trap—an air-tight cage filled with lots and lots of dead people. Nathan, get everybody in position, yeah? And bring me those propane tanks!”

5. Cyrus Grissom: “Thanks, Poe. You’ve proven to be a most useful mammal.”

Cameron Poe: “‘Many hands make light work.’ My daddy taught me that.”

Cyrus Grissom: “You know what my daddy taught me?”

6. Cyrus Grissom: “I know you, amigo. You’re the famous criminal.”

John Baca: “Twenty-three roses, one for each of my little b*tches. They’d call me Johnny 600 if they knew the truth.”

Cyrus Grissom: “Naw, doesn’t have the same ring to it. Anyway, I despise rapists. To me, you’re somewhere between a cockroach and that white stuff that accumulates at the corners of your mouth when you’re really thirsty. But, in your case, I’ll make an exception.”

7. Guard Falzon: “Well, welcome aboard. My, my. As I look around, I see a lot of celebrities among us. I see eleven Current Affairs, two Hard Copies, and a genuine Geraldo interviewee, but I gotta tell you, gentlemen, none of this impresses me. Because we have rules on this aircraft, and they’re going to be enforced. It’s a lot like kindergarten. You’ll keep your hands to yourself, keep the decibel level down, and if any of you should feel the need to scream, spit, or bite, you get the treatment.”

Guard Falzon: “Gag and bag this Nazi muffin. You see, this kind of thing puts me in a foul mood. These rules will be enforced because I can’t have trouble. If any of you so much as passes gas in my general direction, upsetting my delicate nasal passages, your testicles will become my personal property. That’s pretty clear. Good.”

Cyrus Grissom: “In Carson City, your boys were onto us. How?”

Vince Larkin: “One of the guards faked a heart attack, and we had to remove his restraints, okay?”

Vince Larkin: “Where are you going with my plane, Cyrus?”

Cyrus Grissom: “So are you, Vince. Oh, nothing makes me sadder than the agent who lost his bladder in the airplane.”

Mike O’Dell: “That skinny little man butchered 30-some people up and down the eastern seaboard. They say the way he killed those people makes the Manson Family look like the Partridge family!”

10. “He’s a font of misplaced rage. Name your cliché. Mother held him too much or not enough, last picked at kickball, late-night sneaky uncle, whatever. Now he’s so angry moments of levity actually cause him pain; give him headaches. Happiness, for that gentleman, hurts.” – Garland Greene

Con Air Quotes That Are Full of Suspense

Garland Greene: “Why do you ask?”

Garland Greene: “I am sick.”

Little Girl: “Do you take medicine?”

Garland Greene: “There is no medicine for what I have.”

Cyrus Grissom: “According to my last psych evaluation, yes.”

17. “And if you say a word about this over the radio, the next wings you see will belong to the flies buzzing over your rotting corpse!” – Cyrus Grissom

18. Vince Larkin: “Contingency plans for something like this don’t exist! A situation like this has never been contemplated.”

Agent Duncan Malloy: “Well, you better start contemplating, because this is a situation that needs to get Un-f*cked, right now!”

Cameron Poe: “What was I thinking about? Oh, yeah, ‘Yee-haw,’ that’s right. I was just wondering what a Black militant—that would be you—was doin’ takin’ orders from a White boy on a power trip? Don’t you think that’s strange?”

Nathan Jones: “It’s a means to an end, my White friend. A means to an end. See, I can play house nigger tills we get to where we’re goin’. And then, the Day of the Dog begins.”

23. “Well, of course, you can’t reach him. He’s off saving the rainforest or recycling his sandals or some sh*t.” – Agent Duncan Malloy

Cyrus Grissom: “You keep that in mind when you look at her. Because if your dick jumps out of your pants, you jump off this plane.”

25. Vince Larkin: “This one’s done it all. Kidnapping, robbery, murder, extortion. His name is Cyrus Grissom, aka ‘Cyrus the Virus.’ Thirty-nine years old. Twenty-five of them spent in our institutions. But he’s bettered himself inside. Earned two degrees, including his Juris doctorate. He’s also killed 11 fellow inmates, incited 3 riots, and escaped twice. Likes to brag that he’s killed more men than cancer. Cyrus is a poster child for the criminally insane. He’s a true product of the system.”

Agent Duncan Malloy: “What’s that supposed to mean? What is he, one of these sociology majors who think we’re responsible for breeding these animals?”

Vince Larkin: “No, but I can point a few fingers if it would make you feel comfortable.”

26. “Ladies and gentlemen, this is your captain speaking. I have the only gun on board. Welcome to Con Air.” – Cyrus Grissom

Joe Parker: “It means you’re the most crooked nigger on this plane!”

28. Guard Falzon: “It smells like someone sh*t in your mouth.”

Joe Parker: “He told me he loved me.”

Cyrus Grissom: “The last guy who told me to have patience, I burned him down and bagged his ashes.”

Cameron Poe: “Then shoot that piece of sh*t!”

What Other Lessons Do You Think Are Embedded in Con Air?

After reading Con Air’s best quotes, we can reflect on several lessons. First, this movie shows us how vital our morals are in life. Secondly, it allows us to think about what we must do to move forward and break free from our past.

Con Air is all about the convicts and their punishments. There are all sorts of criminals aboard, and for most of them, their crimes are unforgivable; this is why they are being transferred to a supermax prison. This is the most secure facility they can be in, which means they have less freedom in their daily lives.

This allows us to rethink our future actions. No matter how mad we are, we should never let ourselves commit an irreversible act. It will be hard to move on from pain, but committing a crime will never be the correct answer.

Con Air also makes us reflect on our past actions and mistakes. Cameron Poe only wanted to protect his wife and unborn child, which led to his imprisonment. So, as we’ve learned from his struggles, sometimes, life will be unfair; we must learn to work through it and continue moving forward.

Remember that all will come to pass someday. So, while you’re not yet at the end of the tunnel, continue doing your part to do good and only spread love. Help who you can help, and know that your freedom awaits you!