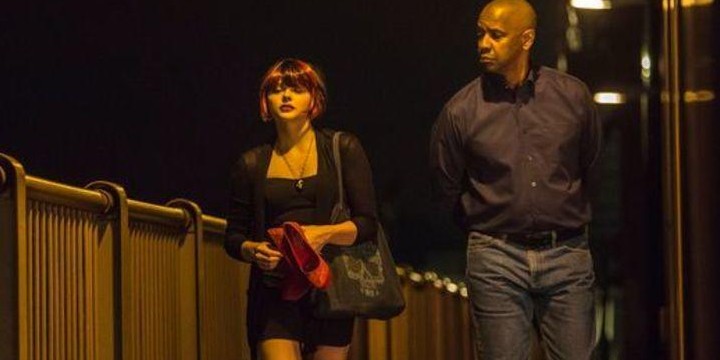 Read this list of The Equalizer quotes and find lessons on life that you will never forget!

Robert McCall is the main protagonist of this fantastic vigilante movie. He’s a former special service commando who wanted to live peacefully and quietly. To do so, he faked his death.

For a time, his plan to lie low was a success. However, when a friend of his, Alina, a teenage prostitute, was targeted by the Russian mafia, he sprung to action.

This became the starting point of The Equalizer, and there is no doubt it led to a lot of action, violence, and bloodshed. Yet, even with those things, let’s all remember that The Equalizer is a more profound movie than you’d initially think.

It allows us to learn about progress, perfection, and perseverance. So, if you’re curious about how these lessons come into play in the movie, check out this list of the best The Equalizer quotes.

And make sure to read these Con Air quotes and Face/Off quotes.

2. “When you pray for rain, you gotta deal with the mud, too.” – Robert McCall

3. “You gotta be who you are in this world, no matter what.” – Robert McCall

Robert McCall: “I think you can be anything you wanna be.”

Alina: “Maybe in your world, Robert. Doesn’t really happen that way in mine.”

7. “I am offering you a chance to do the right thing. Take it.” – Robert McCall

8. “I’ve done some bad things in my life, Nicolai. Things I’m not proud of. I promised someone I love very much that I would never go back to being that person. But for you, I’ll make an exception.” – Robert McCall

Robert McCall: “Not exactly. The old man met his greatest adversary just when he thought that part of his life was over.”

Alina: “Why didn’t he just let the fish go?”

Robert McCall: “Old man’s gotta be the old man. Fish has got to be the fish.”

10. Susan Plummer: “Sometimes, we make the wrong choices to get to the right place. I know a part of you died when Vivian did. But not the part she loved the most. Go be him.”

11. “Sometimes, the answer’s right in front of you.” – Robert McCall

12. “The men I killed—your men—I gave them a chance; they made their decision. Now I’m giving you the opportunity to make yours.” – Robert McCall

Robert McCall: “Oh, it’s about a guy who thinks he’s a knight in shining armor. The only thing is, he lives in a world where knights don’t exist anymore.”

Vladimir Pushkin: “Then tell me, what do you gain from my death?”

Robert McCall: “Everybody wants to know.”

Robert McCall: “I want the head of the snake.”

The Equalizer Quotes That Won’t Ever Leave Your Head

18. “I promised that I would never go back to being that person, but when somebody does something unspeakable, you do something about it, cause you can.” – Robert McCall

19. “When you look at me, what do you see? The answer’s nothing. I have no feelings about you one way or the other. You’re like—like lint or a bottle cap. You’re just a thing to remove.” – Teddy Rensen

Alina: “Yeah. You know, everything’s so dark. It makes everything seem possible again.”

Robert McCall: “Yeah. Me, I can’t sleep at night.”

Robert McCall: “I hit it on something stupid.”

22. Brian Plummer: “Is everything alright? Were you able to help him?”

Susan Plummer: “He didn’t come for help. He came for permission.”

More The Equalizer Quotes to Enjoy

Alina: “Was there ever?”

Alina: “Did you break her heart?”

Robert McCall: “She broke mine.”

Alina: “You know, I see a lot of widowed guys. Something in your eyes. You know, it’s not sad; it’s just kinda—lost, you know?”

25. Little John Looney: “Who the fuck do you think you are, coming done here talking to me like—.”

Teddy Rensen: “Who I am, or what I am? Who I am is complicated. What I am is a little easier. I’m a threat. I alter outcomes.”

Which The Equalizer Quote Struck a Chord in Your Heart?

Though an action-packed movie, there are still a lot of quotable quotes in The Equalizer. Two of the most famous ones are “Progress, not perfection” and “When you pray for rain, you gotta deal with the mud, too.”

These quotes are helpful pieces of wisdom we should all learn and apply. For the first quote, it allows us to remember that no one is perfect, and there’s no doubt we’ll commit a mistake or two whenever we’re trying something new. These things are all perfectly normal, and we should never be ashamed of them.

What’s important is that we tried and that we will try again. No one could be perfect at anything, and no one would ever be great at everything on the first try. Life is a continuous process, and that means it’s okay to have slow and steady progress, too.

Following that, the second quote makes us realize that there will be countless steps to climb before we get to the top. Getting what we want is not as easy as pie. There will be challenges left and right, and it’s essential to have the perseverance to carry on.

With that, let these The Equalizer quotes guide you as you journey through life. You will never be able to predict what comes next, so remain vigilant, trust the process, and never give up!