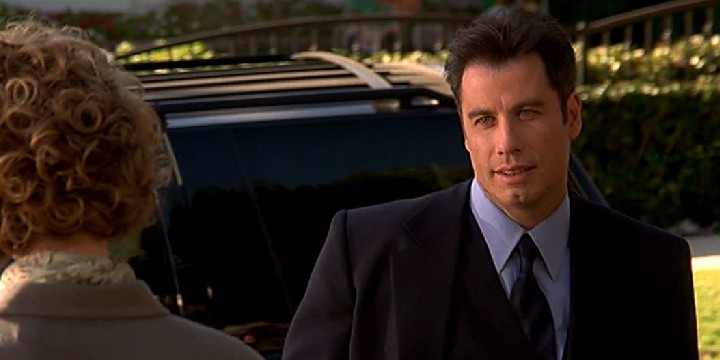 Read these Face/Off quotes we’ve gathered and ready yourself to get transported to this movie’s most intense and suspenseful scenes!

When action and sci-fi get mixed, you’re sure to be up for a fantastic movie that’ll keep you on your toes! All fans of Face/Off will know this feeling. In this movie, an FBI agent, Sean Archer, gets a face transplant to gain the identity of the criminal mastermind who killed his son.

Castor Troy was the homicidal sociopath who attempted to assassinate Archer. Sadly, Archer’s son was the one who lost his life. Sean Archer’s anger and hatred led him to try to assume Troy’s identity to end his vengeance once and for all.

By some unexpected surprise, Castor Troy wakes up to discover that his face is missing. He eventually gets Archer’s face and voice transplanted to him, and their chase continues! However, this time, it’s more confusing; we constantly ask: who’s who?

To know more about this unique plot, read the complete list below!

And don’t forget to check out these Con Air quotes and The Equalizer quotes.

Castor Troy: “No. You should have left them out of it. Your son was an accident. I wanted to kill you. But, you took it too personally. Why couldn’t you just kill yourself or let it go?”

Sean Archer: “No father could.”

Castor Troy: “No brother could either.”

Sasha Hassler: “Neither could a sister.”

3. Castor Troy: “Sean, that hurts. You’re not having any fun, are you, Sean? Why don’t you join us? Try terrorism-for-hire, we can blow shit up, it’s more fun!”

Sean Archer: “Shut the fuck up!”

Castor Troy: “Now that is between us. Okay?”

5. Castor Troy: “I don’t know what I hate wearing worse: your face or your body. I mean, I enjoy boning your wife, but let’s face it, we both like it better the other way, yes? So why don’t we trade back?”

Sean Archer: “You can’t give back what you’ve taken from me.”

Castor Troy: “Okay, then. Plan B, why don’t we just kill each other?”

Face/Off Quotes That’ll Add Some Thrill to Your Day

Castor Troy: “Doctor Walsh! I’m just enjoying some of your greatest hits here. I hope you don’t mind: I partook of a few of your groovy painkillers. Oh, bravo. Bra-fucking-vo. Oh god, this is excellent. Bravo!”

Dr. Malcolm Walsh: “What do you want?”

7. “Isn’t this religious? Ah, yes. The eternal battle between good and evil, saint and sinners. But you’re still not having any fun!” – Castor Troy

8. “No more drugs for that man.” – Dietrich Hassler

10. “Looks like you’re going to be in here for the next hundred years.” – Castor Troy

12. “If you dress like Halloween, ghouls will try to get in your pants.” – Castor Troy

13. Castor Troy: “You’re not the only one in the family with the brains.”

Pollux Troy: “No, although now I am the only one with the looks.”

15. Castor Troy: “Wow. We have something in common. We both know our guns.”

Sean Archer: “What we don’t have in common, is that I don’t care if I live, and you do.”

16. Sean Archer: “Any word from the LAPD intelligence? If there is such a thing?”

Sean Archer: “Of course not, because we’re a covert anti-terrorist team that is so secret, that when we snap our fingers nothing happens!”

17. “You are right, Sean. I misbehaved. I have to be punished. But remember, every time when you look in the mirror, you’ll see my face.” – Castor Troy

Castor Troy: “I don’t think you heard me, Jamie. You got something I crave.”

Jamie Archer: “When did you start smoking?”

Castor Troy: “You’ll be seeing a lot of changes around here. Papa’s got a brand new bag.”

20. “No daughter of mine would shoot so wide.” – Castor Troy

22. Sean Archer: “I’ve said and done some things that made your life hard; I know.”

Sasha Hassler: “How would you? When you left, you never looked back.”

Sean Archer: “I just know. Sasha, I’m not the same person you remember, and for what it’s worth, I’m sorry.”

Eve Archer: “Whoever you are, don’t call again!”

25. Eve Archer: “Well, Sean, I knew it was only a matter of time before you forgot where we lived.”

Castor Troy: “Come on, gimme a break; every house on this block looks the same.”

Do You Think Something Like a Complete Transplant Is Possible in Real Life?

Revenge is a scary thing. It can push us to paths we didn’t know we could ever try walking down on. Yet, like revenge, love is also something to fear, as it is the driving force of vengeance.

In the movie, if Sean Archer didn’t lose a person he loved, he wouldn’t go to extreme lengths, such as assuming the identity of his son’s killer. But, he loved his son with all he was and was willing to become the homicidal sociopath that is Castor Troy to get into his mind.

Face/Off is indeed anchored on action and sci-fi, but it is not without profound and relatable lessons on love, sacrifice, and vengeance. Imagine yourself in Sean Archer’s shoes. How far would you go, and what would you sacrifice to keep your loved ones close and happy?

With that, we hope we were able to help you gain new insights into what Face/Off truly is about. The next time you want some words packed with action, revisit this list! However, remember that this collection can also offer relatable words of wisdom regarding love and revenge.