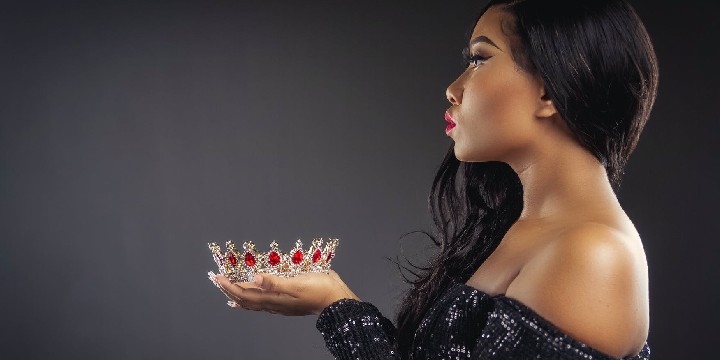 We’ve compiled a list of our favorite crown quotes to inspire you to stand firm and be proud of who you are.

A crown is a traditional head adornment worn by monarchs to symbolize their power and dignity. These accessories are usually adorned with bright and colorful jewels that display the wearer’s wealth and status in society.

But, crowns can also be worn figuratively. Believe in yourself and put on your crown! By taking the reins of our lives, we gain confidence and can live according to our aspirations.

So, what are you waiting for? Read some of the most empowering crown quotes below that will make you confidently powerful with a heart that can move mountains!

And don’t forget to check out these queen quotes and confidence quotes.

1. “Do not wait for a coronation; the greatest emperors crown themselves.” – Robert Greene

2. “My crown is in my heart, not on my head.” – William Shakespeare

5. “You may have won the war, but you will never take my crown.” – Ronnie Radke

7. “Crowns do queer things to the heads beneath them.” – George R.R. Martin

8. “The crown of life is neither happiness nor annihilation; it is understanding.” – Winifred Holtby

9. “Uneasy lies the head that craves the crown.” – Howard Koch

Crown Quotes That Will Empower You

12. “A crown of thorns and stars to show the world that we are as much of dreamers as they are but we are merciless and restless in achieving our goals.” – Raneem Yacoub

13. “We must wake ourselves up! Or somebody else will take our place, and bear our cross, and thereby rob us of our crown.” – William Booth

14. “Give way to your opponent; thus will you gain the crown of victory.” – Ovid

15. “The crown. Place it upon your head and you assume a different post-tranquil yet radiating assurance. Never show doubt, never lose your dignity beneath the crown, or it will not fit. It will seem to be destined for one more worthy.” – Robert Greene

16. “Your crown has been bought and paid for. Put it on your head and wear it.” – Maya Angelou

17. “No one can dictate what attitude you will wear today. If you meet someone whose intent is to put you down, remember it is you who wears the crown.” – Anonymous

18. “A crown is heavy without mercy—and yet the darkness painted the gold with jewels.” – Laura Chouette

19. “To gain a crown by fighting is great, to reject it divine.” – Friedrich Schiller

20. “A crown is both a great gift and an onerous burden.” – Allison Pataki

21. “Heavy is the head that wears the crown.” – William Shakespeare

22. “If you put on a crown, somebody will try to take your head.” – Lazlo Ferran

23. “A king and queen cannot support a crown with eyes looking down. Their universe expands as far as you can see.” – T.F. Hodge

24. “My crown is called content, a crown that seldom kings enjoy.” – William Shakespeare

25. “If you don’t take your eyes off the crowd, you may miss the crown.” – Endale Edith

27. “Being a champion is all well and good, but you can’t eat a crown.” – Althea Gibson

28. “I will not wear a crown of gold where my master wore a crown of thorns.” – Godfrey de Bouillon

29. “I ask not for any crown but that which all may win; nor try to conquer any world except the one within.” – Louisa May Alcott

30. “The slave begins by demanding justice and ends by wanting to wear a crown. He must dominate in his turn.” – Albert Camus

31. “There is no crown without guilt and there is no mercy without a kingdom.” – Laura Chouette

32. “You survived what you thought would kill you. Now, straighten your crown and move forward like the queen you are.” – Anonymous

33. “I decided early on that I was going to put on my crown and rule my world by acting right and treating myself like a queen.” – Queen Latifah

34. “Behaving like a princess is work. It’s not just about looking beautiful or wearing a crown. It’s more about how you are inside.” – Dame Julie Andrews

37. “A smart woman fixes her own crown and does not dethrone other women from their own glory. For she knows on her own, she is strong.” – Gift Gugu Mona

38. “Chin up and straighten your crown, you’re the queen of this kingdom and only you know how to rule it.” – Anonymous

39. “Every girl is a princess, some of them just need the crown.” – Anonymous

40. “Today, young girls measure the quality of their beauty based upon its entertainment value. The more people are entertained by their beauty, the more beautiful they think they must be. This is very unfortunate and I would like young girls to know that their beauty is a crown; not a clown. And crowns are best worn with elegance and serenity.” – C. JoyBell C.

41. “Crowns aren’t made of rhinestones. They are made of discipline, determination, and a hard to find alloy called courage.” – Tessa Ridley

42. “A journey inspired by golden dreams, and at the end awaits a golden crown of righteousness—please remember that every step is to be cherished.” – Chris Heimerdinger

43. “Wear a crown of flowers on your head, let its roots reach your heart.” – Kabir

44. “On the darkest days, when I feel inadequate, unloved, and unworthy, I remember whose daughter I am and I straighten my crown.” – Anonymous

45. “With a crown and a little confidence, we could change the world.” – Anonymous

Short Crown Quotes for Those Who Need a Boost

46. “Let me adjust my crown and get my day started.” – Anonymous

47. “Whether up or down, always rock your crown.” – Anonymous

48. “Crowns belong to those that serve.” – Aniekee Tochukwu Ezekiel

49. “Life is too short to wear boring clothing. Put on a crown.” – Anonymous

More Crown Quotes That Will Pique Your Interest

50. “Sometimes you just have to throw a crown on and remind them who they’re dealing with.” – Anonymous

51. “A crown is a pitiless master, harsher than the staff of a pig-keeper; while a staff bears up, a crown weighs down, beyond the strength of any man to wear it lightly.” – Lloyd Alexander

52. “If I had rubies, riches, and crowns, I’d buy the whole world and change things around.” – Bob Dylan

55. “A lot of people want the crown, but they’re not willing to bleed for it.” – Scott Haze

56. “Every noble crown is, and on Earth will forever be, a crown of thorns.” – Thomas Carlyle

57. “A crown is more discomfort than adornment. If you have learned that, you have already learned much.” – Lloyd Alexander

59. “Place your attention six inches above your crown. God is breathing in and out there.” – Lauryn Hill

60. “If old age means a crown of thorns, the trick is to wear it jauntily.” – Clare Boothe Luce

Are You Ready to Step up and Wear Your Crown?

When you think of a crown, you probably think of someone descended from royalty—a king, queen, prince, or princess. This is not surprising given that monarchs have worn crowns to symbolize honor and power for thousands of years. It’s also become an instantly recognizable symbol of power and dominance.

While crowns are becoming less common in everyday life, they remain popular symbols in literature, television, and film. It lives on as a symbol in fiction, particularly in fantasy worldbuilding genres.

But, more than wearing an actual crown, remember that you have it in you to succeed and be the leader of your own life. Doing so will make you feel like you can conquer the world. Facing our lives head-on will be difficult because it includes responsibility, but you will feel more confident and powerful as you conquer the world with your head held high!

Did you find a quote that can serve as your motto? Which quotes piqued your interest the most? Please, leave a comment below.