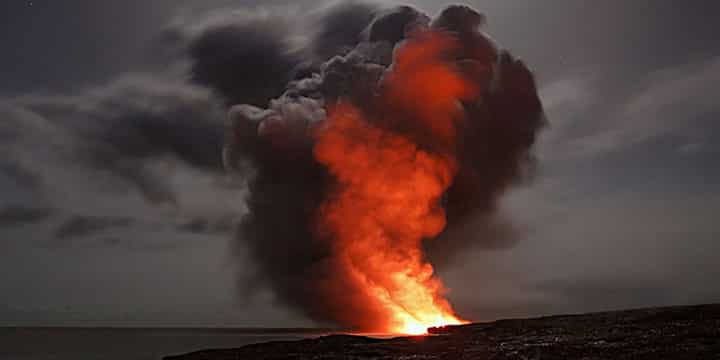 These top 60 war quotes will explain why wars happen in this lifetime and how it damages many people—mainly the poor, children, and even soldiers.

War is a concept not all of us have a proper grasp of. To some, it’s a strategic way to overpower others and gather wealth; but for most, it’s a matter of life and death.

This disparity often leads us to the question: is it worth it?

Indeed, a world without death, tears, and losses is something we all want. That’s why we’ve gathered these war quotes to inspire you to fight for a world full of peace and harmony!

And don’t forget to check out these civil war quotes and fighting quotes.

1. “War is an ugly thing, but not the ugliest of things. The decayed and degraded state of moral and patriotic feeling which thinks that nothing is worth war is much worse.” – John Stuart Mill

2. “It is well that war is so terrible otherwise, we should grow too fond of it.” – Robert Lee

4. “War, in the end, is always about betrayal, betrayal of the young by the old, of soldiers by politicians, and of idealists by cynics.” – Chris Hedges

5. “The supreme art of war is to subdue the enemy without fighting.” – Sun Tzu

6. “War grows out of the desire of the individual to gain advantage at the expense of his fellow man.” – Napoleon Hill

7. “Men make war to get attention. All killing is an expression of self-hate.” – Alice Walker

8. “The first and most imperative necessity in war is money, for money means everything else—men, guns, ammunition.” – Ida Tarbell

10. “Only the dead have seen the end of the war.” – George Santayana

11. “War is what happens when language fails.” – Margaret Atwood

12. “You must not fight too often with one enemy, or you will teach him all your art of war.” – Napoleon Bonaparte

13. “Wars are not paid for in wartime. The bill comes later.” – Benjamin Franklin

16. “War is a game that can be played with a smile on a face, but there won’t be any laughter in a heart.” – Anonymous

18. “There’s never been a true war that wasn’t fought between two sets of people who were certain they were in the right. The really dangerous people believe they are doing whatever they are doing solely and only because it is without question the right thing to do. And that is what makes them dangerous.” – Neil Gaiman

War Quotes for Those Who Advocate Peace

19. “To be prepared for war is one of the most effective means of preserving peace.” – George Washington

20. “The only excuse for war is that we may live in peace unharmed.” – Marcus Tullius Cicero

21. “I have never advocated war except as a means of peace.” – Ulysses Grant

22. “We must concentrate not merely on the negative expulsion of war but the positive affirmation of peace.” – Martin Luther King Jr.

War Quotes That Justify the Need to End It

24. “Listen up―there’s no war that will end all wars.” – Haruki Murakami

25. “There is only one way to win a war which has begun: to stop it immediately. That is the way!” – Mehmet Murat İldan

26. “There’s no honorable way to kill, no gentle way to destroy. There is nothing good in war. Except its ending.” – Abraham Lincoln

27. “There’s no such thing as a righteous war. No one has the right to take the other person’s life.” – Anonymous

28. “War is as much a punishment to the punisher as to the sufferer.” – Thomas Jefferson

29. “There are perhaps many causes worth dying for, but to me, certainly, there are none worth killing for.” – Albert Dietrich

30. “Never think that war, no matter how necessary, nor how justified, is not a crime.” – Ernest Hemingway

Interesting War Quotes to Show Its Effects on the Poor

33. “War against a foreign country only happens when the moneyed classes think they are going to profit from it.” – George Orwell

34. “We are going to have peace even if we have to fight for it.” – Dwight D. Eisenhower

35. “Once we have a war, there is only one thing to do. It must be won. For defeat brings worse things than any that can ever happen in war.” – Ernest Hemingway

War Quotes to Understand How It’s Influenced by Politics

38. “War is not an independent phenomenon, but the continuation of politics by different means.” – Carl von Clausewitz

39. “Well, politics is war, and in war, truth is the first casualty.” – Jeff Greenfield

40. “There’s nothing worth dying for in modern wars. Soldiers die for politicians and their desire to get richer.” – Anonymous

War Quotes That Relate It to the Idea of Love

41. “We have to love each other more than we love wars.” – Anonymous

42. “War makes people sacrifice their lives and gives nothing in return except for suffering. It’s only love that can save the world.” – Anonymous

43. “I refuse to accept the view that mankind is so tragically bound to the starless midnight of racism and war that the bright daybreak of peace and brotherhood can never become a reality. I believe that unarmed truth and unconditional love will have the final word.” – Martin Luther King Jr.

45. “Older men declare war. But it is youth that must fight and die.” – Herbert Hoover

46. “I’m fed up to the ears with old men dreaming up wars for young men to die in.” – George McGovern

47. “War prosperity is like the prosperity that an earthquake or a plague brings.” – Ludwig von Mises

49. “War is never a solution; it is an aggravation.” – Benjamin Disraeli

52. “An unjust peace is better than a just war.” – Marcus Tullius Cicero

53. “But when will our leaders learn—war is not the answer.” – Helen Thomas

54. “Man becomes his most creative during war.” – Clint Eastwood

55. “War does not determine who is right—only who is left.” – Bertrand Russell

Other War Quotes to Ponder On

56. “The most shocking fact about war is that its victims and its instruments are individual human beings and that these individual beings are condemned by the monstrous conventions of politics to murder or be murdered in quarrels not their own.” – Aldous Huxley

57. “Every gun that is made, every warship launched, every rocket fired signifies, in the final sense, a theft from those who hunger and are not fed, those who are cold and are not clothed. This world in arms is not spending money alone. It is spending the sweat of its laborers, the genius of its scientists, the hopes of its children. This is not a way of life at all in any true sense. Under the clouds of war, it is humanity hanging on a cross of iron.” – Dwight D. Eisenhower

58. “War will exist until that distant day when the conscientious objector enjoys the same reputation and prestige that the warrior does today.” – John F. Kennedy

59. “I wish those people who talk about going on with this war, whatever it costs, could see the soldiers suffering from mustard gas poisoning. Great mustard-colored blisters, blind eyes, all sticky and stuck together, always fighting for breath, with voices a mere whisper, saying that their throats are closing and they know they will choke.” – Nurse Vera Brittain

60. “Everybody should remember that during a wartime, propaganda always replaces truth.” – Anonymous

Did Our Collection Teach You Anything About the Existence of War?

It is true that as society progresses, the greed of human beings increases. As each day passes, the desire to seize power and money becomes more blinding than ever. This makes the world we currently live in a complicated place to understand.

The existence of war makes it easy for people to satisfy their hunger for control and glory. But, people in power often forget the harm they bring to their people. By launching battles, a big part of the community has to suffer while those in higher classes benefit.

Let’s remember that there are lifelong consequences brought upon people who didn’t even want to be involved in the war in the first place. More than that, war often brings outs ugly emotions in human beings—greed, hatred, pain, grief, and anger.

Keep in mind that it is essential to always advocate for a loving and peaceful world for the sake of everyone else. With that, we hope that these quotes were able to spark change and be the start of a nurturing society that’s free from warfare and deaths.

Which of these war quotes gave you the resolve to fight for what is right? Are there any quotes that moved you? We’d love to hear your thoughts, so comment below!