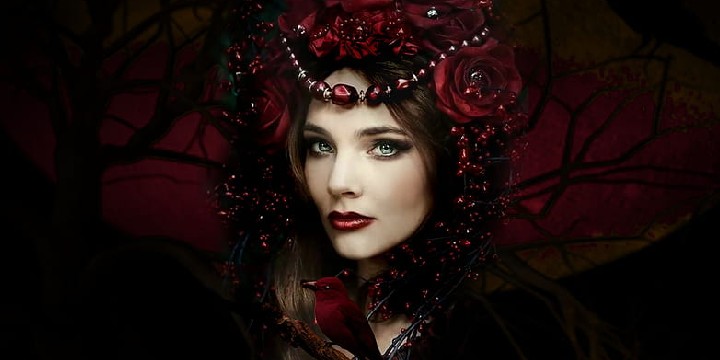 Let these queen quotes give you a better grasp of a woman’s value and capabilities!

All women are queens, each in their special ways. Therefore, they should be treated like queens—with respect, dignity, and utmost care and adoration.

Sadly, in our society, women are viewed as the lesser sex.

Before, women found it difficult to express their thoughts and were afraid to fight for their rights.

But, thanks to life-changing movements by people who care about justice and equality, women have begun to stand up for themselves. They have started to show that they are queens to be treated righteously.

Queens are the backbone of kingdoms—supporting the king and his decisions. But, aside from that, queens, like all women, are incredibly strong, courageous, and independent.

Queens are capable of so much more than people think they are!

So, let these queen quotes spark change for women who struggle to find their place in the world.

We’re sure these lines we’ve compiled will guide you and help you grow and reflect on yourself.

And don’t forget to check these strong women quotes and women empowerment quotes.

1. “Think like a queen. A queen is not afraid to fail. Failure is another stepping stone to greatness.” – Oprah Winfrey

2. “Always wear an internal crown and have a queendom mindset. A queen is a leader and role model.” – Janna Cachola

3. “Never did the world make a queen of a girl who hides in houses and dreams without traveling.” – Roman Payne

4. “In every woman, there is a queen. Speak to the queen, and the queen will answer.” – Norwegian Proverb

5. “I do not so much rejoice that God hath made me be a Queen, as to be a Queen over so thankful a people.” – Queen Elizabeth I

6. “Let your inner queen’s voice come through loud and clear. Be strong, be authentic, be you, and you’ll do her proud.” – Queen Latifah

7. “I am a queen because I know how to govern myself.” – Lailah Gifty Akita

8. “Every woman is a queen, and we all have different things to offer.” – Queen Latifah

9. “I will do what queens do, I will rule.” – Daenerys Targaryen

10. “Women have been called queens for a long time, but the kingdom given them isn’t worth ruling.” – Louisa May Alcott

11. “A queen offers her hand to be kissed, and can form it into a fist while smiling the whole damn time.” – Elizabeth Acevedo

12. “If one wants to be called a queen, one should act with civility and grace.” – Jinkx Monsoon

13. “The queen is the only person who can put on a tiara with one hand while walking downstairs.” – Princess Margaret

14. “I was a princess made of ashes; there is nothing left of me to burn. Now it’s time for a queen to rise.” – Laura Sebastian

15. “The queen is the only one who will have placed on a jeweled headdress with one hand, whereas walking downstairs.” – Princess Margaret

16. “I look those haters straight in the eye, keep my chin up and shoulders back. Because I know I’m a fierce queen, and they know it, too.” – Alyssa Edwards

Queen Quotes for Women Who Want to Be Treated Right

18. “I feel like every woman is a queen, and we should be treated as such, and we should, you know, sort of request that sort of treatment from others.” – Queen Latifah

19. “You better treat her like your queen if you want to be treated like a king.” – Moosa Rahat

21. “The more you get in touch with your sensuality, the more you release your man’s potential to treat you like a queen.” – Lebo Grand

22. “A man who treats his woman like a princess is proof that he was raised by a queen.” – Wiz Khalifa

23. “These people will try to manipulate you, try to bring you down but remember baby girl, you are a queen, own your crown.” – Nikki Rowe

25. “My queen, this is for you. I bring you the stars, the stars from the borderless sea.” – Matt Suddain

26. “You are a queen that demands respect, and God will bring the right person into your life to make you forget why you ever wasted your time on nothing important.” – Shannon L. Alder

Queen Quotes to Expand Your Knowledge About Royalty

29. “You are a queen. Let mine be the joy of giving you your kingdom.” – Katherine Mansfield

30. “A queen—a queen who bowed to no one, a queen who had faced them all down and triumphed. A queen who owned her body, her life, her destiny, and never apologized for it.” – Sarah J. Maas

32. “Queen, do not allow a commoner to dethrone you. Own that throne. You are royalty.” – Gift Gugu Mona

34. “In the beginning, the queen had been a courageous and fair-minded princess very much liked by all, but unfortunately, she grew up and became a frightened adult, as adults tend to be. She started loving efficiency and avoiding conflict. As adults do.” – Fredrik Backman

35. “She is a queen, but when she feels threatened, she goes from being royal to a gangster in 0.5 seconds.” – Anonymous

36. “The queen rarely loses her temper, but when she does, she brooks no argument.” – Ingrid Seward

37. “A queen knows how to build her empire with the same stones that were thrown at her.” – Anonymous

38. “A queen is wise. She has earned her serenity, not having had it bestowed on her but having passed her tests. She has suffered and grown more beautiful because of it. She has proved she can hold her kingdom together. She has become its vision. She cares deeply about something bigger than herself. She rules with authentic power.” – Marianne Williamson

40. “Be strong and of good courage. You are truly royal spirit daughters of Almighty God. You are princesses, destined to become queens. Your own wondrous story has already begun. Your once upon a time is now.” – Dieter F. Uchtdorf

41. “And whether consciously or not, you must be in many a heart enthroned: queens you must always be, queens to your lovers; queens to your husbands and sons; queens of higher mystery to the world beyond, which bows itself and will forever bow, before the myrtle crown, and the stainless scepter of womanhood.” – John Ruskin

47. “You are not his princess. You are your own queen.” – Anonymous

49. “You can hate me, but why knock my hustle? I’ma be the queen no matter how they shuffle.” – Nicki Minaj

51. “I’m not the average girl from your video, and I ain’t built like a supermodel, but I learned to love myself unconditionally because I am a queen.” – India Arie

52. “When you’re on the victory podium, you’re a queen, but when you come down from it, you’re nobody. You cannot be too proud of yourself.” – Yana Kudryavtseva

53. “Her hair is full of icy wind and daylight. She is every princess, every queen, in the history book.” – Lauren DeStefano

54. “The pearl is the queen of gems and therefore the gem of queens.” – Grace Kelly

56. “Every queen is a woman, but not every woman is a queen.” – Mehmet Murat İldan

64. “And hail their queen, fair regent of the night.” – Erasmus Darwin

67. “Her value is priceless. Her potential is limitless. She is a queen.” – Anonymous

70. “If you would like to be a king, you need to first kneel before your queen.” – Miss Tammy Cantellia

71. “Sometimes a man with eyes still can’t see you like the beautiful queen you are.” – Angel Moreira

72. “I love the way he says my name. With the elegance and utmost respect of a king, just before he bows to his queen.” – M.J. Abraham

73. “A woman with romance in her life lived as grandly as a queen because her heart was treasured.” – Nora Roberts

74. “In the end, this shall be for me sufficient, that a marble stone shall declare that a Queen, having reigned such a time, lived and died a virgin.” – Queen Elizabeth I

75. “The Queen is distant towards strangers. But with friends and family, she can be very funny.” – Princess Michael of Kent

76. “The Queen is most anxious to enlist everyone in checking this mad, wicked folly of women’s rights. It is a subject that makes the Queen so furious that she cannot contain herself.” – Queen Victoria

Queen Quotes That You Need to Read Today

78. “Why do the gods make kings and queens if not to protect the ones who can’t protect themselves?” – George R.R. Martin

79. “There was once a time when darkness shrouded the world, and the darkness had a queen.” – Marie Lu

80. “Every queen wants a king, but don’t get it twisted. She can run the castle by herself.” – Anonymous

82. “Therefore, I am sure that this, my coronation, is not the symbol of a power and a splendor that are gone but a declaration of our hopes for the future, and for the years I may, by God’s grace and mercy, be given to reign and serve you as your queen.” – Queen Elizabeth II

84. “Sometimes a pawn is enough to change the whole game, and those who ignore the importance of it are liable to lose their queen.” – Sandeep Sharma

85. “To capture the pawn, threaten the queen.” – Robert Charles Wilson

86. “Be cautious of playing your queen in front of your king and in subjecting yourself to a discovered check. It is better when a check is given to your king to interpose a man that attacks the checking piece than with one that does not.” – Howard Staunton

87. “Real kings and queens are people whose heads are crowned with dreams as they sit on the throne of passion. They rule with visions in the regalia of inspirations!” – Israelmore Ayivor

88. “All kings and queens are not born of royal bloodlines. Some become royal because of what they do once they realize who they are.” – Pharrell Williams

89. “A king and queen cannot support a crown with eyes looking down. Their universe expands as far as you can see.” – T.F. Hodge

90. “I fight tirelessly to inspire my fellow humans to become kings and queens in their own worlds.” – Edmond Mbiaka

Did These Quotes Show You How All Women Are Like Queens?

A queen is a strong and capable woman. She is independent, resilient, and can overcome any challenge that comes her way.

At first glance, these don’t seem like the most exceptional qualities for a woman to have. But, the strength that queens have aren’t just physical. Mainly, their strength and power lie in the heart.

This makes queens very empathetic and relatable to people. They never fail to think of others’—their people’s—needs before their own. Though people believe that generosity and kindness are qualities of fragile people, it’s, in fact, the complete opposite.

Try placing yourself in a queen’s shoes. It’s hard to make decisions that will affect the fate of the people you govern, but still, you stand firm and resolute because you are the mother of your people. This is the same for all women, especially mothers; they put their families first in everything they do.

With that, we hope this collection of quotes was able to help you understand just how essential queens are to society, as well as how all women should be treated like queens! Go forward in life with the newfound knowledge that your true power lies within you and how you treat other people.