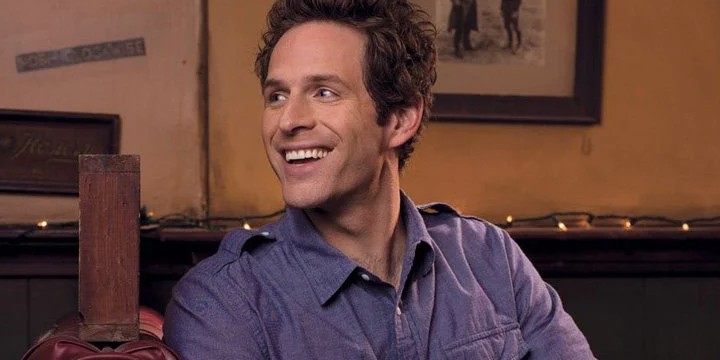 Here are the top 30 Dennis Reynolds quotes to remove your fear of criticism.

If you’ve watched It’s Always Sunny in Philadelphia, then you undoubtedly know Dennis Reynolds. He is one of the members of The Gang and is one of the most educated. He’s also the kind of person who thinks that his knowledge and appearance are above everything.

With the pride and confidence that he holds, many people find him rude. But, beneath his strong characteristics is a man that is afraid of any sort of perceived criticism and social rejection.

Dennis’s confidence is entirely dependent on how others perceive him. He is obsessed with any possibility that other people may notice a physical flaw in him. As a result, he spends his entire time trying to correct all his shortcomings.

Any sort of critique of his appearance will destroy his confidence and cause him to become emotionally upset. That’s how much he relies on others’ reactions. So, if you want to know more about Dennis’s character and fear of criticism, read on!

And don’t forget to check out these It’s Always Sunny in Philadelphia quotes and Charlie Kelly quotes.

1. “Ladies and gentlemen, the D.E.N.N.I.S. System is a comprehensive approach to seduction that I have perfected over the years. See, my success with women does not solely stem from my good looks and my charm. There is a careful, systemic approach that has allowed me to become the playboy that I am today.”

Dennis Reynolds: “I’ve contained my rage for as long as possible, but I shall unleash my fury upon you like the crushing of a thousand waves! Be gone, vile man! Be gone from me! A starter car! This car is a finisher car! A transporter of gods! The golden god! I am untethered, and my rage knows no bounds!”

3. “You know what, Dee? I don’t wanna hear about your dreams. I hate listening to people’s dreams. It is like flipping through a stack of photographs. If I’m not in any of them and nobody is having sex, I just don’t care.”

4. Dennis Reynolds: “The whole purpose of buying the boat in the first place was to get the ladies nice and tipsy top side, so we can take them to a nice comfortable place below deck, and you know, they can’t refuse because of the implication.”

Mac McDonald: “Okay you had me goin’ there for the first half. The second half kinda threw me.”

Dennis Reynolds: “Well dude, think about it. She’s out in the middle of nowhere, with some dude she barely knows. She looks around and what does she see? Nothing but open ocean. ‘Ah, there’s nowhere for me to run! What am I gonna do, say no?’”

5. “It’s interesting our thing isn’t it? Like, to be in someone’s mind to have complete control it’s like the thrill of being near the executioner’s switch knowing that at any moment you could throw it but knowing you never will.”

6. “I have the stride of a gazelle. A beautiful beautiful gazelle person. My body is achieving perfect symmetry right now.”

8. “Hi. I’m a recovering crackhead. This is my retarded sister that I take care of. I’d like some welfare, please.”

9. “I would like to go in your room, and I suspect that maybe you might say ‘no’. And yet, I also feel like maybe you wouldn’t dare.”

Dennis Reynolds Quotes That You Won’t Get Enough Of

10. “You’re a sad, pathetic, wretch of a man so desperate to be in love that you’ll go rifling through somebody’s garbage. And, there is nothing, nothing more unattractive than desperation.”

11. “Here we are in a boat, out in the middle of nowhere; nobody would ever hear our screams in this wind.”

13. “Dee, I swear you would be of more use to me if I skinned you and turned your skin into a lampshade.”

15. “You know what I’m concerned about? I don’t want to get too bulky. I want to stay nice and lean and tight. I want to get that Jesus on the cross looks. Oh, absolutely. Jesus had, like, the best abs. He had the right idea. He knew no pain, no gain.”

16. “I’ll read the words you wrote. ‘Hello, fellow American. This you should vote for me. I leave power. Good. Thank you. Thank you. If you vote for me, I’m hot.’ What? ‘Taxes, they’ll be lower. Son. The Democratic vote for me is the right thing to do in Philadelphia. So, do.’ This doesn’t make any sense!”

17. “You two have boyfriends? How did you not know that the reason I invited you over was to bang you?”

18. “Well, if I’ve learned anything from films like Executive Decision or Passenger 57, there’s always a way into the cargo hold.”

19. “Look, this is about much more than just business; this is about the thrill of wearing another man’s skin, feeling his innermost wants and desires, and being in control of his every single move.”

21. “You’re born into class. It’s about pedigree. It’s about upbringing. It has nothing to do with your present circumstance.”

Dennis Reynolds Quotes That Will Get Stuck in Your Mind

25. “Peaked? Peaked Dee, let me tell you something, I haven’t even begun to peak, and when I do peak you’ll know because I’m gonna peak so hard that everybody in Philadelphia is gonna feel it.”

26. “Okay, well I’m not gonna take no for an answer; I just refuse to do that because I’m a winner.”

27. “If you say another word, I swear to god I will dice you into a million little pieces. And, put those pieces in a box. A glass box, that I’ll display.”

More Dennis Reynolds Quotes for Fans of the Series

Did This List Make You Realize That You Don’t Need to Depend on Others’ Opinions?

We all strive to present ourselves as near-perfect beings so that others won’t have anything negative to say about us. We want to do everything it takes to avoid judgment and criticism.

It’s the same with Dennis Reynolds; he is all about the praise of others—it’s the only way to calm his anxiety and insecurity. He even got to the point where he skipped meals just to appear physically flawless, which led to some health problems.

This is not an ideal lifestyle, especially when it leads you to harm yourself and your health. You are the only one who knows yourself the best, and that’s why you must never live solely based on others’ opinions. Remember, you can fool everyone by obsessing over perfection, but you will always be human—perfectly imperfect.

So, just be honest and not be afraid of others’ criticism. After all, no matter how good or bad your actions or appearance, people always have a way of discouraging you. It will just depend on how you react: will you let judgment bring you down, or will you use it as motivation to step up?

Hopefully, this collection was able to inspire you to overcome your fears of others’ criticism and judgment. Don’t let other people define your self-worth!