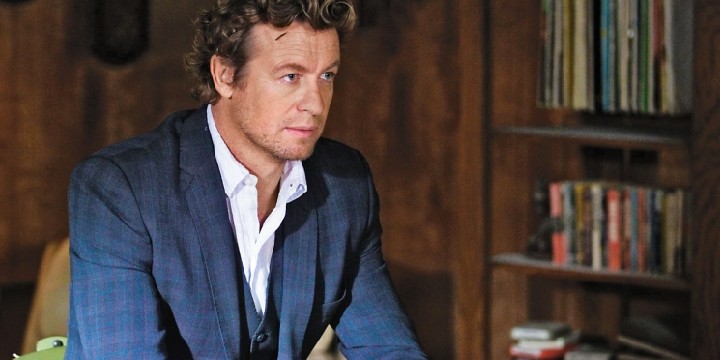 Processing emotions is a task we need to do as we grow up, so allow these The Mentalist quotes to guide you in doing so.

Living, dealing with, and working with your emotions can be difficult. But, that’s how you know you are making progress on your journey in this world. What makes The Mentalist so good is that apart from the thrilling crime-solving part of the show, it also tackles how to approach your trauma and understand them.

From grief to sadness to revenge, Patrick Jane encourages us to do one thing—to face them. The Mentalist is a ride you should take at least once in your life. So, to give you a sneak peek, we’ve compiled our favorite quotes for you to check out!

And don’t miss out these Dexter quotes and Breaking Bad quotes.

1. “If you stopped seeing the world in terms of what you like and what you dislike, and saw things for what they truly are in themselves, you would find a great deal more peace in your life.” – Patrick Jane

2. “Revenge is a poison. Revenge is for fools and for madmen.” – Patrick Jane

3. “Sometimes you have to do things you don’t want to do so worse things don’t happen.” – Teresa Lisbon

7. “Sarcasm is the lowest form of wit.” – Patrick Jane

8. “The human mind is amazingly powerful. It can do things for real that sometimes feel like magic.” – Patrick Jane

9. “You’re right. You’re right. I have forgotten how to act like a normal human being. And I play games. I lie. And I trick people to avoid the truth of how I feel. And the idea of letting anyone close to me is terrifying for obvious reasons. But the truth, Teresa, is that I can’t imagine waking up knowing that I won’t see you. The truth is—I love you. You can’t imagine how good that feels to say out loud. But it scares me, and it is the truth. It is the truth of what I feel.” – Patrick Jane

The Mentalist Quotes to Live By

10. “Lao Tzu said that if you search everywhere, yet cannot find what you are seeking, it is because what you seek is already in your possession.” – Patrick Jane

11. “Well, I’m just saying be careful. That you sell your talent and not your soul. Don’t let other people run your lives, not even your dad. And trust me, I know what I’m talking about.” – Patrick Jane

12. “Life is a million to one. The universe is one big coincidence. Cosmically improbable coincidences happen all the time. We just don’t notice them all.” – Patrick Jane

Short The Mentalist Quotes That Are Full of Life Lessons

13. “Even a broken clock gets to be right twice a day.” – Patrick Jane

15. “Certainty is the mother of fools.” – Patrick Jane

17. “Knowing what people secretly want is what I do.” – Patrick Jane

Straightforward The Mentalist Quotes to Help You Face the World

19. “The rest of the time, we are living in a world of lies. Lies are what make the world make sense. Ergo, the truth hurts.” – Patrick Jane

20. “Why people do bad things to one another—it’s mainly because of secrets. Trying to hide the truth chips away at your spirit. Secrets ruin relationships.” – Grace Van Pelt

21. “People trapped in miserable lives always talk about escaping. Few actually do it. It’s easier just to close your eyes and to pretend the misery doesn’t exist.” – Patrick Jane

The Mentalist Quotes From Patrick Jane

23. “When you have a big secret, it makes you feel important.” – Patrick Jane

24. “Don’t tell a whole lot of little lies. Just one big lie is enough, and everything else just stays the same.” – Patrick Jane

25. “Memory is unreliable because the untrained brain has a crappy filing system. It takes everything that happens to you and throws it all willy-nilly into a big, dark closet. When you go in there looking for something, all you can find are the big, obvious things like when your mom died, or stuff that you don’t really need, stuff that you’re not looking for, like the words to ‘Copacabana.’ You can’t find what you need. But don’t panic, because it is still there.” – Patrick Jane

The Mentalist Quotes on Revenge

26. “If you truly want revenge, you have to be hard. You have to be dishonest and devious and cold. You can’t let people see what’s really in your heart.” – Patrick Jane

27. “My point—there is nothing wrong with revenge.” – Patrick Jane

28. “It’s not a deterrent, really. It’s—it’s revenge, really. I mean, that’s not a criticism cause I’m all about revenge. I mean revenge can be very productive.” – Patrick Jane

The Mentalist Quotes About Trusting Your Own Guts

29. “Let me tell you something about plans, Colonel. They get in the way of instincts.” – Patrick Jane

30. “I think we know what feels right, and I think that that should be our guide.” – Patrick Jane

31. “Oh, come on. You’ve been a cop for a long time. What you don’t know is how much you know without knowing it. Take a guess and run with it.” – Patrick Jane

32. “Follow my lead. If you’re not sure you should ask a question, don’t. Try not to lie to anyone.” – Kimball Cho

The Mentalist Quotes That Are Full of Wit

34. “It’s easy to remember when you never forget.” – Patrick Jane

35. “Being sorry is far worse punishment than being dead. Everybody dies.” – Patrick Jane

36. “As they say, you can take the girl out of Chicago, but you can’t take the Chicago out of the girl.” – Patrick Jane

37. “You can lead a man anywhere as long as he thinks that he is driving.” – Patrick Jane

The Mentalist Quotes by Other Characters

38. “You’re a fascinating man, Patrick. Who knows what you might have achieved in this world, were you not quite so damaged.” – J.J. LaRoche

39. “If there’s one thing that this job kills inside, it’s a sense of trust.” – Dennis Abbott

40. “You’re so twisted up in your own dishonesty that you have no idea how to act like a decent human being.” – Teresa Lisbon

41. “I wasn’t aware it was a crime to be intelligent.” – Oliver McDaniel

42. “When you’re FBI, people tend to give you what you want.” – Teresa Lisbon

Hilarious The Mentalist Quotes for a Day Full of Laughs

45. “I keep finding strangers in my bedroom. It must have been a good party.” – Patrick Jane

46. “You’re still in love with her, but instead of telling her you bought her a plant.” – Kimball Cho

Did These The Mentalist Quotes Help You Understand Your Feelings Better?

Like Patrick Jane, our past is something we can’t turn our back on. It catches us at some point in our lives and forces us to be brave and face them.

But, do not be afraid to face your old struggles even if you might feel that the world is against you. While you might receive constant criticisms, you should learn to use them as an inspiration to strive more.

It can be challenging to stay focused and motivated to make these significant steps. Like Patrick Jane, we trust that you would be able to remain brave enough to see things through the end. With that, we hope that these The Mentalist quotes were able to help you carry on and thrive in life.

Which of these quotes activated your drive to face your emotions? Are there any other quotes you’d like us to add? We’d love to hear your thoughts, so comment down below!