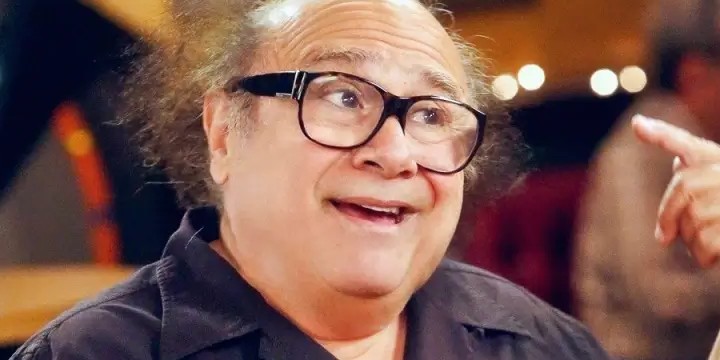 If you’ve ever gone through a situation where you started losing confidence, these Frank Reynolds quotes will remind you to be proud of yourself!

Frank Reynolds is one of It’s Always Sunny in Philadelphia’s main characters. He is divorced, has experienced failed business ventures, found out that his children aren’t really his own, and received numerous criticisms.

With that, it’s no surprise that there were times when he just wanted to give up and wallow in pain. But, through it all, Frank Reynolds never gave up, and he has never been ashamed to be himself in front of others.

Challenges can easily take someone down, but Frank did the opposite; he embraced them. He did not let those obstacles put him down forever. Instead, he looked for another form of happiness: building and owning Paddy’s Pub.

If you believe in yourself, no one and nothing can make you abandon your love for yourself. So, to get more encouragement to embrace yourself, continue reading the best of the best Frank Reynolds quotes.

And make sure to read these It’s Always Sunny in Philadelphia quotes and Charlie Kelly quotes.

1. “I love eggs, Charlie. And I love crabs. And I love boiling denim and banging wh*r*s. And I don’t care if anyone doesn’t like that about me; they don’t have to stick around.”

2. “Deandra. That’s not gonna be my future. I’m not gonna be buried in a grave. When I’m dead, just throw me in the trash.”

3. “I stole a bunch of guns! I’m testing them out, Charles! This revolution is gonna make us a fortune!”

4. “Well, I don’t know how many years on this Earth I got left. I’m gonna get real weird with it.”

5. “Dennis, if I was looking for safe, I wouldn’t be sticking my dick through the wall.”

8. “Oh whoops, oh! I dropped my monster condom that I use for my magnum dong.”

10. Frank Reynolds: “Thanks for coming. A little overdressed.”

Deandra Reynolds: “You said it was a classy affair, Frank.”

Frank Reynolds: “It was ’til you showed up.”

Frank Reynolds: “Where are your 101 Dalmatians tonight?”

Frank Reynolds: “I’m gonna pinch their dicks with this lobster.”

12. “There is nothing more threatening to a man than a woman who is smart and attractive. We have to pretend you’re both!”

13. Frank Reynolds: “I don’t care anything about this hole—I’m passionless.”

Dennis Reynolds: “What are you saying, Frank?”

14. “I immersed myself in the culture. Tasting the cuisine. But mostly doing cocaine.”

Frank Reynolds Quotes for a Day Full of Humor

15. “A lot of people are bugging their babies these days. I guess babies can’t be trusted.”

16. “Look, I didn’t go to Vietnam just to have pansies like you take my freedom away from me.”

19. “Only two words came up! Asians and creampies.”

Frank Reynolds: “It was terrible. But not her. She was an angel. Always smiling, that’s because she had no lips. But her mouth was still very much in play.”

Therapist: “Let’s talk about the dishes.”

Frank Reynolds: “She died two weeks later. She thought she was a spaceman with a plastic bag for a helmet.”

22. “Mac’s a soiled fool, and I’m a gorgeous girl with big cans, and I’m bangin’ all the fishermen for their fish, and I’m being catty with all the women in the game like a real housewife.”

24. “If we’re gonna turn this company around, we gotta start cutting the crust off this sh*t sandwich!”

Did This Collection of Quotes Motivate You to Always Treasure Yourself?

Everyone knows that life is not easy. In fact, most of us have probably already experienced painful and extremely difficult situations.

Nevertheless, despite our struggles, we still stand today because we never give up. We continue to live our lives regardless of all the pain and tears. So, that’s already enough of a great reason to be proud of ourselves!

Stop being harsh by thinking that there’s nothing loveable about you. Remember, no matter how deep you fall, there’s always a reason to keep your head high.

Thus, always embrace your true self and don’t be ashamed of your flaws. After all, other people are not aware of every battle you’ve already overcome.

With that, we hope this collection was able to remind you that it’s important to give yourself credit for everything you’ve gone through, good or bad. If Frank Reynolds can fully embrace and love himself, so can anyone else!