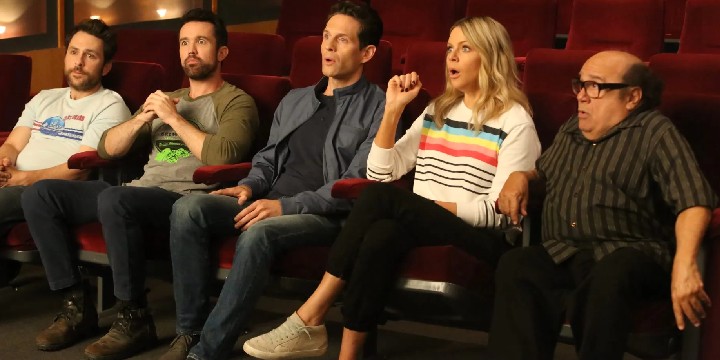 Reading these It’s Always Sunny in Philadelphia quotes will make you want to watch the series over and over again!

It’s Always Sunny in Philadelphia is an American sitcom created by Rob McElhenney. The plot revolves around Charlie, Dennis, Frank, Mac, and Dee. They are members of a group called The Gang, which owns Paddy’s Pub, an unsuccessful bar in South Philadelphia.

Each key character has a distinct personality that truly makes them unique. You’ll see some quirky points to each one—selfishness, irrational emotion, and stupidity. But, the sitcom’s so wonderfully written that the characters still manage to teach its viewers a valuable lesson or two.

Many people consider The Gang a group of sociopaths because of their unethical and antisocial traits. But, the truth is, those behaviors are just their defense mechanisms to hide and cope with the pain they are dealing with. Their actions are merely caused by the harshness of society and the past they experienced.

This series will teach us to stop judging others on how they live their lives, as we don’t know what they’ve been going through. If you want to learn more about the characters and the lessons they can impart, read on!

And don’t forget to check out these Charlie Kelly quotes and Frank Reynolds quotes.

1. “Well, I don’t know how many years on this Earth I got left. I’m gonna get real weird with it.” – Frank Reynolds

2. “I do not appreciate being paraphrased. I choose my words very deliberately.” – Mac McDonald

3. “Let me tell you something. I haven’t even begun to peak. And when I do peak, you’ll know because I’m gonna peak so hard that everybody in Philadelphia’s gonna feel it.” – Dennis Reynolds

5. “Deandra, that’s not gonna be my future. I’m not gonna be buried in a grave. When I’m dead, just throw me in the trash.” – Frank Reynolds

7. “People change, Frank. Look at me. I went from a tiny twink to the muscle-bound freak you see before you.” – Mac McDonald

8. “Well, first of all, through God all things are possible, so jot that down.” – Mac McDonald

9. Dee Reynolds: “Hey, listen, uh, you’ve been really stressed, so I thought I would take you for a spa day, just you and me.”
Charlie Kelly: “A what day?”
Dee Reynolds: “A spa day.”
Charlie Kelly: “What is this word ‘spa?’ I feel like you’re starting to say a word and you’re not finishing it. Are you trying to say ‘spaghetti?’ Are you taking me for a spaghetti day?”

10. “I’ve contained my rage for as long as possible, but I shall unleash my fury upon you like the crushing of a thousand waves! Be gone, vile man! Be gone from me! A starter car! This car is a finisher car! A transporter of gods! The golden god! I am untethered, and my rage knows no bounds!” – Dennis Reynolds

11. “She thought she was a spaceman with a plastic bag for a helmet!” – Frank Reynolds

12. “Can I offer you a nice egg in this trying time?” – Frank Reynolds

13. “It’s when you drink so much that everything goes brown. It’s not as severe as a blackout because I remember bits and pieces. I call it browning out.” – Mac McDonald

14. “That sounds wrong, but I don’t know enough about stars to disprove it.” – Mac McDonald

15. “Why don’t I strap on my job helmet and squeeze down into a job cannon, and fire off into job land, where jobs grow on jobbies?” – Charlie Kelly

16. “If life hands you lemons, you can gotta cram them down some punk’s throat till he sees yellow.” – Frank Reynolds

18. “Hello, fellow Americans. This you should vote me, I lead power good. Thank you. Thank you.” – Dennis Reynolds

19. “Oh, look at me! The millionaire who goes to see doctors!” – Charlie Kelly

24. “You got to pay the troll toll if you want to get into this boy’s hole!” – Frank Reynolds

26. “Hi, I’m a recovering crackhead. This is my retarded sister that I take care of. I’d like some welfare, please.” – Dennis Reynolds

27. “We can’t just abandon him right now. He needs people around him. He shouldn’t be alone.” – Deandra Reynolds

28. “Then I’ll just regress, ‘cause I feel like I’ve made myself perfectly redundant.” – Charlie Kelly

29. “You came in here with your endless goddamn supply of money and financed all of this bizarre behavior.” – Dennis Reynolds

30. “I think if we all work together, we can solve this problem.” – Dennis Reynolds

31. “Having those other people laugh tells me when I should laugh.” – Frank Reynolds

32. Charlie Kelly: “Oh shit! Look at that door, dude. See that door there? The one marked ‘Pirate?’ You think a pirate lives in there?”

Dennis Reynolds: “I see a door marked ‘Private.’ Is that the door you’re talking about?”

34. “Well, maybe it boils down to this smart guy. Computers are for losers.” – Mac McDonald

35. “Maybe helping other people is the best way to help ourselves.” – Mac McDonald

Did This Collection Encourage You to Stop Judging Other People’s Behavior?

In the series, every member of The Gang has been profoundly influenced by their life history. For example, we have Mac’s father’s absence and Charlie’s total lack of supervision. What’s more, we also see also Dennis’s struggles, Dee’s battle against bullying, and Frank’s broken marriage.

Their backstories prove that people never act weirdly just because they want to. We all have reasons behind our personalities, actions, and thoughts.

So, if you ever encounter someone with strange behavior, try to understand them even without explanation. We all carry some baggage from our past, after all!

In the same way, if you are someone who solely acts based on your past, try to get out of that phase. It will always be possible to break free from your bad experiences. So, instead of dwelling on negativities, decide on the values and beliefs you wish to uphold in the future.

With that, we hope that this collection was able to encourage you to understand other people, no matter how strange they seem. Be loving, understanding, and compassionate to others all the time!