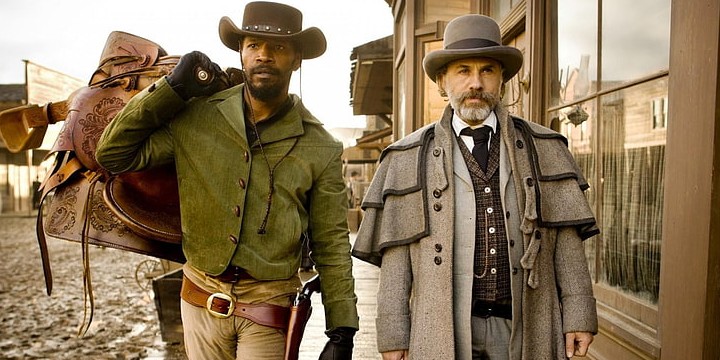 If you’re slowly losing the drive to succeed and achieve your goals, these Django Unchained quotes are for you!

Going through tough circumstances is expected when we want to achieve something. However, not all people are like Django Freeman, who’s willing to endure everything to accomplish his objective.

Django is a Black slave who got separated from his wife, Broomhilda. After that incident, Django promises himself that he will do anything to reunite with his wife.

So, when a bounty hunter seeker named Dr. King Schultz offers to help him reach his goal, Django immediately agrees with it. They start a quest to find Broomhilda, and it leads them to very challenging and painful situations.

However, Django stubbornly refused to give up on his dreams. No matter how many times he failed or was captured, he never quit until he and his wife were reunited. To know more about his journey, just keep reading.

And don’t forget to check out these Urban Cowboy quotes and Tombstone quotes.

Django Freeman: “I like the way you die, boy.”

2. “Now, as to you poor devils? So as I see it, when it comes to the subject of what to do next, you gentlemen have two choices. One, once I’m gone, you could lift that beast off the remaining speck, then carry him to the nearest town. Which would be at least 37 miles back the way you came. Or two, you could unshackle yourselves, take that rifle, put a bullet in his head, bury the two of them deep, and then make your way to a more enlightened area of this country. The choice is yours. Oh, and on the off chance there are any astronomy aficionados amongst you, the North Star is that one.” – Dr. King Schultz

4. Dr. King Schultz: “How do you like the bounty hunting business?”

Django Freeman: “Kill White folks, and they pay you for it; what’s not to like?”

5. Spencer Bennett: “Betina, sugar, could you take Django there and take him around the grounds here and show him all the pretty stuff?”

Betina: “As you please, Big Daddy!”

Dr. King Schultz: “Oh, Mr. Bennett, I must remind you, Django is a free man. He cannot be treated like a slave. He within the boundaries of good taste, he must be treated as an extension of myself.”

Betina: “You want, I should treat him like White folks?”

Spencer Bennett: “No. That’s not what I said.”

Betina: “Then I don’t know what you want, Big Daddy.”

Spencer Bennett: “Yes? I can see that.”

Django Freeman: “You kill people, and they give you a reward.”

Dr. King Schultz: “That and they are big on that reward. I need your help. I’m looking for the Brittle brothers. However, I don’t know what they look like, but you do. Don’t you?”

Django Freeman: “They caught my wife, and they sold her, but I don’t know where they took her.”

Dr. King Schultz: “That means we visit every plantation until we find them, and once the final Brittle brother lies dead in the dust, I agree to give you your freedom, and I’ll take you to rescue your wife.”

Django Freeman: “Where are we going?”

Calvin Candie: “Hmph, where do you dig him up?”

Dr. King Schultz: “A fortunate turn of events brought Django and myself together.”

Calvin Candie: “I’ve heard tell about you. I heard you been telling everybody that Mandingos ain’t damn good ain’t nothing that nobody is selling is worth buying. I’m curious, what makes you such a Mandingo expert?”

Django Freeman: “I’m curious what makes you so curious.”

Butch Pooch: “What did you say, boy?”

Calvin Candie: “Calm down, Butch. No offense given, none taken.”

Dr. King Schultz: “Monsieur Candie, I’d appreciate it if you’d direct your line of inquiries at me.”

Calvin Candie: “One, you do not have anything to drink. Can I get you a tasty refreshment?”

Calvin Candie: “Wonderful. Roscoe, a beer for the man with the beard, and I will have a Polynesian Pearl Diver. Do not spare the rum.”

10. “It would be my pleasure to speak with you in German.” – Broomhilda von Shaft

11. “Gentlemen, you had my curiosity, but now you have my attention.” – Calvin Candie

13. Django Freeman: “You better listen to your boss, White boy.”

Billy Crash: “Oh, I must go walking in the moonlight with you.”

14. “Django and his friend in gray here, Dr. Schultz, are customers. And they are our guests, Stephen. And you, you old, decrepit b*st*rd, are to show them every hospitality.” – Calvin Candie

Calvin Candie: “Are you brooding about me getting the best of you, huh?”

Dr. King Schultz: “Actually, I was thinking of that poor devil you fed to the dogs today, D’Artagnan. And I was wondering what Dumas would make of all this.”

Dr. King Schultz: “Alexander Dumas. He wrote The Three Musketeers. I figured you must be an admirer. You named your slave after his novel’s lead character. If Alexander Dumas had been there today, I wonder what he would have made of it?”

Dr. King Schultz: “Yes. His approval would be a dubious proposition at best.”

Dr. King Schultz: “Then you’re exactly the one I’m looking for.”

Dr. King Schultz: “Well, frankly, I’ve never given anybody their freedom before. And now that I have, I feel vaguely responsible for you. Plus, when a German meets a real-life Sigfried, that’s kind of a big deal. As a German, I’m obliged to help you on your quest to rescue your beloved Broomhilda.”

Calvin Candie: “This is Ben. He’s an old Joe that lived around here for a long time. And I do mean a long damn time. Old Ben here took care of my daddy and my daddy’s daddy till he up and keeled over one day. Old Ben took care of me. Growing up the son of a huge plantation owner in Mississippi puts a White man in contact with a whole lot of Black faces. I spent my whole life here, right here in Candyland, surrounded by Black faces. And seeing them every day, day in and day out, I only had one question. Why don’t they kill us? Now right out there on that porch three times a week for fifty years, old Ben here would shave my daddy with a straight razor. Now, if I was old Ben, I would have cut my daddy’s g*dd*mn throat, and it wouldn’t have taken me no 50 years to do it either. But he never did. Why not? You see, the science of phrenology is crucial to understanding the separation of two species. In the skull of the African here, the area associated with submissiveness is larger than any human or other sub-human species on planet Earth. If you examine this piece of the skull here, you’ll notice three distinct dimples. Here, here and here. Now, if I was holding the skull of Isaac Newton or Galileo, these three dimples would be in the area of the skull most associated with creativity. But this is the skull of old Ben, and in the skull of old Ben unburdened by genius, these three dimples exist in the area of the skull most associated with servility.”

How Much Pain Are You Willing to Endure to Achieve Your Goals?

Dreams and wishes are what drive people to go on in life. So, when that goal appears so difficult to achieve, many people become disoriented.

But, nobody should act that way. No matter how difficult the situation, we must never lose the fuel to keep going. After all, a goal will not be a goal if it’s just easy to reach.

So, let Django be your inspiration to achieve everything you want. Like him, you must continue making an effort and try everything to become closer to your dreams, no matter how many times you fail.

It will never be an easy journey, but it will always be worth it. When you encounter failures along the way, remember that it’s normal, and everybody in life goes through them at one point or another.

Failure is part of your adventure to succeed, so don’t let it disenchant your spirit. Never think that failing would stop you from achieving your goals. Keep in mind that quitting is the true opponent of success!