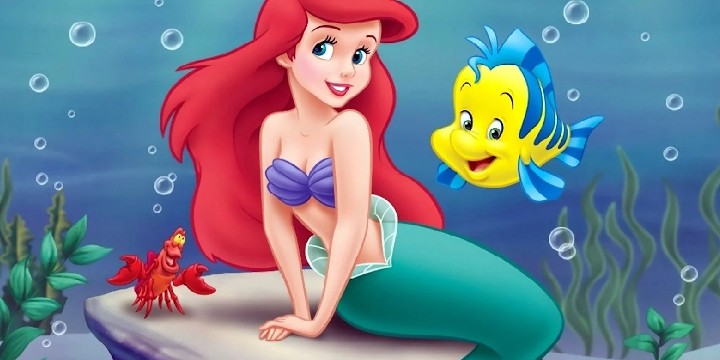 Gain the courage to follow your dreams and heart’s desires by reading these The Little Mermaid quotes!

Disney’s The Little Mermaid tells the story of Ariel, a 16-year-old sea princess who dreams of exploring the land up above. One day, she saves Prince Eric, a human, and falls in love. But, because her father, King Triton, disapproves of anything related to the human world, Ariel turns to Ursula, a sea witch.

She makes a deal with Ursula that results in her losing her voice. Apart from the challenge she needs to face to make Prince Eric fall in love with her, she’s also made to choose between her family at sea and her true love.

These are, indeed, impactful questions for a 16-year-old girl. Read through our collection to learn more about Ariel’s decisions and their implications!

And don’t forget to check out these Mulan quotes and Tarzan quotes.

1. “You got your own style, now let it shine through and remember no matter what, you’ve got to be you.” – Sebastian

2. “Children have got to be free to lead their own lives.” – Sebastian

3. “We got no troubles. Life is the bubbles, under the sea.” – Sebastian

4. “I don’t see how a world that makes such wonderful things could be so bad.” – Ariel

5. “The seaweed is always greener in somebody else’s lake.” – Sebastian

7. “Isn’t this great? The salty sea air, the wind blowing in your face. A perfect day to be at sea!” – Prince Eric

Sebastian: “And what’s that, Your Majesty?”

King Triton: “How much I’m going to miss her.”

12. “Far better than any dream girl is one of flesh and blood. One warm, and caring, and right before your eyes.” – Prince Eric

13. “Ariel, please! Will you get your head out of the clouds and back in the water where it belongs?” – Sebastian

15. “Teenagers. They think they know everything. You give them an inch, they swim all over you.” – Sebastian

19. “Life under the sea is better than anything they got up there.” – Sebastian

The Little Mermaid Quotes to Read Over and Over

23. “This has got to be, without a doubt, the single most humiliating day of my life.” – Sebastian

25. “It’s a dinglehopper. Humans use these little babies to straighten their hair out.” – Scuttle

More The Little Mermaid Quotes That Every Disney Fan Will Love

26. “I’ve got gadgets and gizmos aplenty. I have whoozits and whatzits galore. You want thingamabobs? I’ve got 20. But who cares? No big deal. I want more.” – Ariel

27. “I consider myself a reasonable merman.” – King Triton

What Would You Do if You Faced the Same Problems as Ariel?

Ariel found it hard to be her true self with her family since everything she loved and adored was not allowed by her father. King Triton was prejudiced against humans and viewed them as violent people who would destroy and hurt his kingdom. Because of his one-sided view of things, he led his daughter, Ariel, to resort to asking for help from Ursula.

While King Triton was not entirely at fault, he was still too harsh on his daughter. On the other hand, Ariel was too emotionally driven, leading her to make countless mistakes. She signed a contract without reading its details, turned her back away from her family, and left home without a word.

Yes, true love is worth fighting for, and it’s alright to choose love as your priority. However, we shouldn’t make decisions rashly. Sometimes, all we need to do is to talk it out with our loved ones; after all, our family will always understand and support us as long as they’re sure we’ll be happy.

Luckily, everything turned out well for Ariel. Her father accepted her decisions, and she indeed found true and everlasting love with Prince Eric.

So, the next time you face a similar situation, make sure you don’t act without thinking. Always reflect on your decisions, as you might be making a grave mistake. Remember, not everyone’s as lucky as Ariel, who got everything to turn out well in the end!