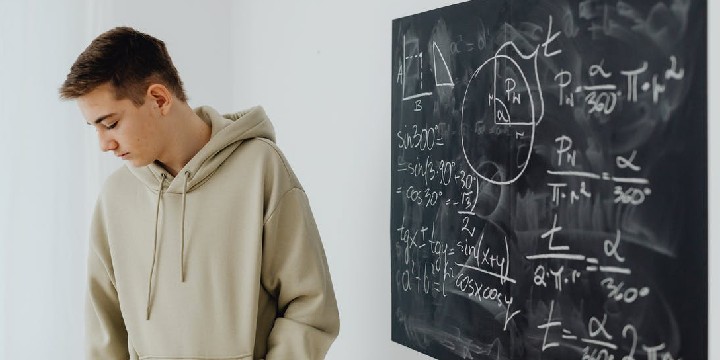 Reading this list of embarrassment quotes will make you feel better when facing an awkward situation!

An embarrassment can be a feeling of shame or humiliation. It occurs when you are exposed to something uncomfortable, especially in public.

But, it’s normal for people to feel humiliated. We all experience it at least once in a while⁠—sort of like a rite of passage.

Embarrassment isn’t bad in itself, and if you know how to use it positively, it’ll be a great advantage!

So, read this collection to increase your understanding of embarrassment and all the emotions that come with it.

And don’t forget to check out these quotes to live by and encouraging quotes.

1. “Embarrassment has a lot to do with thinking too much. Let it go. Nobody cares as much as you think they do.” – Anonymous

2. “Being embarrassed means that you’re human, and we like you better for it.” – Nick Morgan

4. “Life is a series of embarrassing moments which leave you feeling alone in your confusion and shame.” – Miranda Hart

5. “Nothing is so embarrassing as watching someone do something that you said couldn’t be done.” – Sam Ewing

7. “But I learned that there’s a certain character that can be built from embarrassing yourself endlessly. If you can sit happy with embarrassment, there’s not much else that can really get to you.” – Christian Bale

8. “The rate at which a person can mature is directly proportional to the embarrassment he can tolerate.” – Douglas Engelbart

9. “Do not be embarrassed by your failures; learn from them and start again.” – Richard Branson

11. “The best gift you can give yourself is getting over the fear of embarrassment because then you’re completely free to try anything.” – Jesse Itzler

12. “Everyone has embarrassing moments at work—it shows we’re all human. The best way to handle awkward moments is to gracefully move on, and, if possible, try to find humor in the situation.” – Diane Domeyer Kock

13. “The secret of how to live without resentment or embarrassment in a world in which I was different from everyone else was to be indifferent to that difference.” – Al Capp

14. “The best way to give assistance to those who are deeply embarrassed and to calm them down is to praise them decisively.” – Friedrich Nietzsche

Embarrassment Quotes to Remind You That Feeling Ashamed Is Normal

15. “Embarrassment is normal. What is not normal is when you do not accept embarrassment.” – Anonymous

16. “It’s only embarrassing if you care what people think.” – Anonymous

17. “Don’t worry; it’s perfectly normal to have at least one embarrassing experience at some point in your life, though many of us have experienced way more than that!” – Anonymous

18. “Having no regrets is very unrealistic. Everyone has that awkward or embarrassing moment they wish they could take back.” – Anonymous

19. “Embarrassment isn’t a just cause of action.” – Jodi Picoult

20. “Embarrassment is a villain to be crushed.” – Robert Cialdini

22. “Embarrassment is a partner in the creative act.” – Charles Jeffries

23. “There is no alarm clock like embarrassment.” – Maryrose Wood

25. “Embarrassment and awkward situations are not foreign things to me.” – Paul Rudd

26. “In extreme circumstances, I think embarrassment is a luxury.” – Fred Vargas

27. “I hate this embarrassing memory, but embarrassment can be a good thing. It means you’ve grown from who you were before.” – Paulette Perhach

28. “So never be embarrassed by mistakes, rather, be thankful for them, because they always present an opportunity for personal growth.” – Donald L. Hicks

29. “The motivation comes from the embarrassment of having lost and the way it sits with you.” – Ben Morgan

30. “Although uncomfortable, embarrassment is a necessary pre-runner to recognizing one’s mistakes and making progress on the path. Speaking openly about our faults, in a well-intentioned but direct manner is often humorous because we all tend to know the truth about people even though it is usually not stated outright.” – Donna Goddard

31. “The embarrassment of a situation can, once you are over it, be the funniest time in your life. And I suppose a lot of my comedy comes from painful moments or experiences in life, and you just flip them on their head.” – Miranda Hart

Embarrassment Quotes for People Who Are Terrified of Feeling Shame

32. “The simple yet scary thing about getting embarrassed is that one’s embarrassment can be another’s entertainment.” – Lirzod Basha

33. “It’s an embarrassing fact that we are more afraid of embarrassment than a host of other discomforts, but it isn’t less true for all that.” – Susan Neiman

34. “It’s not even necessarily the will or want to win. It’s a shame and embarrassment of losing.” – Rich Froning Jr.

35. “We’re often afraid of looking at our shadow because we want to avoid the shame or embarrassment that comes along with admitting mistakes.” – Marianne Williamson

36. “Even when I took first prize, topped the class, won the race, I never really won anything. I was merely avoiding the embarrassment of losing.” – Portia de Rossi

38. “An embarrassed mind thinks their fart echoed across the mountains.” – Lirzod Basha

40. “Have you ever noticed how parents can go from the most wonderful people in the world to totally embarrassing in three seconds?” – Rick Riordan

41. “The awkward moment when you’re pretending you’re talking to someone on the phone and then it rings.” – Anonymous

Embarrassment Quotes That Are Packed With Insights

43. “There is no embarrassment quite like the embarrassment of listening to a person for whom one has regard making a fool of himself.” – Margaret Deland

44. “The secret of the creative life is how to feel at ease with your own embarrassment.” – Paul Schrader

45. “Don’t talk without knowing; it saves you the embarrassment.” – Anonymous

46. “You may feel that you’ll never live down whatever has embarrassed you, but you will live.” – Anonymous

47. “One never comes into embarrassment if one is ready to balance. To ask oneself never in embarrassment, what have you in these decades made.” – Siegfried Lenz

49. “But that intimacy of mutual embarrassment, in which each feels that the other is feeling something, having once existed, its effect is not to be done away with.” – George Eliot

50. “I know how much embarrassment hurts, and I love it as a theme because you can keep digging a hole. It’s just an endless, well, embarrassment.” – Ricky Gervais

Embarrassment Quotes That You Can Relate To

51. “Have you ever gotten the feeling that you aren’t completely embarrassed yet, but you glimpse tomorrow’s embarrassment?” – Tom Cruise

52. “That awkward moment when you wave and smile at someone, but they don’t see you.” – Anonymous

53. “That awkward moment when you confidently say the wrong answer aloud in class.” – Anonymous

54. “I don’t really get embarrassed because my whole life has been one big embarrassment.” – Joe Gatto

55. “Embarrassment is the worst! It’s the feeling of having your entire body go numb and not knowing what to do with yourself for that one moment.” – Miley Cyrus

More Embarrassment Quotes That You Will Enjoy

56. “They get so curious. It’s like they have this idea of me, and whenever I step outside of that, it blows their minds. There’s something so embarrassing about that in a way I can’t even describe.” – Becky Albertalli

57. “I don’t waste a lot of time on profound embarrassment. I have always been somewhat the same person. I can think of maybe particular items of clothing that I think, ‘Oh God, I used to wear that?’ But nothing serious. It’s not like, for a while, I became some sort of goth wannabe. I’ve always pretty much been me.” – Andy Richter

58. “What is an embarrassment? In general, embarrassment is an emotional response to an innocent mistake. The major reason that some of us are embarrassment prone is that we’ve been conditioned to set unrealistically high expectations for ourselves and to judge ourselves negatively when we can’t possibly meet those standards.” – Toni Bernhard

59. “Embarrassment felt a lot like eating chili peppers. It burned in the back of your throat, and there was nothing you could do to make it go away. You just had to take it, suffer from it, until it eased off.” – Sarah Addison Allen

60. “Perhaps the most embarrassing experience is being caught at a lie by a simpleton who sneers at our asinine cleverness.” – Franz Grillparzer

Did These Quotes Motivate You to Move Past Your Embarrassing Moments?

Embarrassment is a normal feeling that everyone encounters. If you’re one of those who experienced it, you know how difficult it is to overcome this emotion.

The good news is there are many ways to overcome embarrassment. The first thing you should do is accept what happened and try not to dwell on it. This may not seem helpful, but it’s a good start.

By admitting your embarrassing moment, you can feel better about yourself and move on from the situation. This helps lift negative feelings and put them into perspective. Always remember that it is in these uncomfortable situations that growth happens!

With that, we hope this list of embarrassment quotes was able to help you deal with any uncomfortable situation you might be currently facing. Don’t be afraid and go forward in life with confidence. Keep in mind that embarrassment is a stepping stone toward a better you!