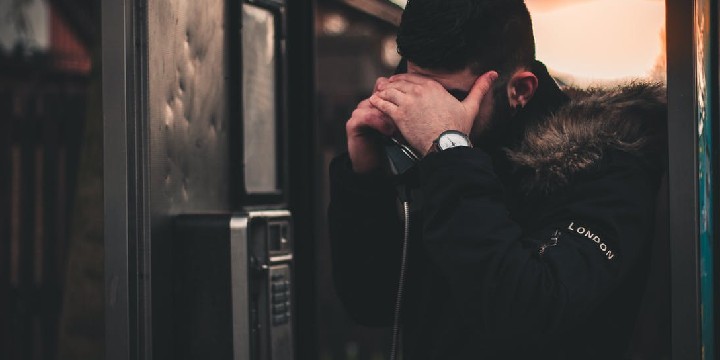 Let this list of desperation quotes remind you that it’s essential to always think before acting!

The term “desperate” comes from the Latin word “desperatus,” which means to be deprived of hope.

It is a feeling of helplessness and loss of control. It is also a state of mind where an individual is willing to do anything to escape a difficult situation.

This kind of thinking makes desperate people think that they have no other options but to take drastic actions to survive. Because of this, many are led to make poor decisions that only worsen their situation.

This is precisely why it’s crucial to think about the many different possible outcomes of each action we take.

More than that, we must be ready to face the consequences—should our desperate measures lead to negative results.

If you’re one of the people prone to act before thinking, this list of desperation quotes might be perfect for you!

Read on and learn how to deal with the problematic situations in your life.

And don’t forget to check out these exhaustion quotes and frustration quotes.

1. “Desperate people do desperate things. You cannot be one of them. You must be better.” – Rachel Caine

2. “Desperation can make a person do surprising things.” – Veronica Roth

4. “Desperation is the raw material of drastic change. Only those who can leave behind everything they have ever believed in can hope to escape.” – William S. Burroughs

5. “There are no desperate situations; there are only desperate people.” – Heinz Guderian

7. “Out of the fires of desperation burn hope and solidarity.” – Sharan Burrow

9. “I don’t think human beings learn anything without desperation. Desperation is a necessary ingredient to learning anything or creating anything. Period. If you ain’t desperate at some point, you ain’t interesting.” – Jim Carrey

10. “Desperation can toy with you, and if you give desperation any wiggle room, it will find alternative answers.” – Harlan Coben

11. “Desperation is like stealing from the Mafia: you stand a good chance of attracting the wrong attention.” – Douglas Horton

12. “That if desperate times call for desperate measures, then I’m free to act as desperately as I wish.” – Suzanne Collins

13. “The desperate usually succeed because they have nothing to lose.” – Jodi Picoult

15. “When one hits the bottom of the desperation barrel, there is always someone down there.” – Kelli Jae Baeli

16. “Desperation will lead you down the road of false hope and false love.” – Anonymous

Desperation Quotes to Remind You to Think Before You Act

17. “The more desperate you are, the more mistakes you make.” – Canelo Alvarez

18. “Prayer is not an act of desperation. Rather, it is an act that acknowledges all other acts as desperate.” – Craig D. Lounsbrough

20. “Beware of desperate steps; the darkest day lived till tomorrow, will have passed away.” – William Cowper

21. “When the situation is desperate, it is too late to be serious. Be playful.” – Edward Paul Abbey

22. “Beware of driving men to desperation. Even a cornered rat is dangerous.” – Winston Churchill

23. “If all you were left believing was what you were seeing, it’d be nothing but desperate. To have hope, you’re going to have to imagine that there’s something behind the curtain.” – Jakob Dylan

25. “Desperation fuels one to believe idiocy is insight.” – Patti Henry

28. “Words uttered in desperation have a sell-by date.” – Goitsemang Mvula

30. “But a desperate heart will seduce the mind.” – Mitch Albom

31. “Desperation tends to make one sort of flexible.” – Anonymous

32. “When you sell in desperation, you always sell cheap.” – Peter Lynch

34. “In difficult and desperate cases, the boldest counsels are the safest.” – Livy

35. “Desperate? That can be a justification for all kinds of behavior.” – Jessica Walter

Desperation Quotes for People Consumed by Their Emotions

36. “I felt the kind of desperation, I think, that cancels the possibility of empathy that makes you unkind.” – Sue Miller

38. “The deeper the desperation and the depression about the confusing present, the more intense that yearning.” – Johan Huizinga

Desperation Quotes to Change Your Perspective on Life and Humanity

39. “Sometimes that’s all life is; one desperate act after another.” – Terry Goodkind

40. “In life, you need either inspiration or desperation.” – Tony Robbins

41. “When matters are desperate, we must put on a desperate face.” – Robert Burns

42. “People always are desperate to have others acknowledge that they are different.” – Adam Driver

43. “At this crucial time in our lives, when everything is so desperate, when every day is a matter of survival, I don’t think you can help but be involved.” – Nina Simone

44. “When things are desperate, there is no need to pretend that everything is beautiful.” – Dalai Lama XIV

45. “I believe that human beings are desperate, always, to belong to something larger than themselves.” – David Whyte

Interesting Desperation Quotes to Show Its Positive Side

46. “Desperation is sometimes as powerful an inspirer as genius.” – Benjamin Disraeli

47. “I am one of those people who thrive on deadlines. Nothing brings on inspiration more readily than desperation.” – Harry Shearer

48. “Mankind at its most desperate is often at its best.” – Bob Geldof

49. “There’s nothing like desperation to sharpen your sense of focus.” – Thomas Montgomery Newman

50. “There can be powerful magic in acts of desperation.” – Zedd

Desperation Quotes That Zoom in on Its Adverse Effects

51. “There is nobody more terrible than the desperate.” – Alexander Vasilyevich Suvorov

52. “Human beings do not readily admit desperation. When they do, the kingdom of heaven draws near.” – Philip Yancey

53. “Consequences lost all purchases when they became mad. And desperation, when pressed beyond anguish, became narcotic.” – Richard Scott Bakker

More Desperation Quotes That Will Leave a Mark in Your Mind

55. “But desperation is the mother-in-law of the invention.” – Laura Marney

56. “Like carnivores to carnal pleasures as are we to desperate measures.” – Harvey Danger

57. “Desperation is like a spilled drink; even if it’s delicious, no one will get near it. Cultivate an aura of glamorous unapproachability.” – Daniel Handler

58. “The desperation meeting the silence with its unmasked wish.” – Libba Bray

59. “No insurrection bred out of desperation can be quelled by strong-arm tactics.” – Prashant Bhushan

60. “My interest in desperation lies only in that sometimes I find myself having become desperate. Very seldom do I start out that way. I can see, of course, that, in the abstract, thinking and all activity is rather desperate.” – Willem de Kooning

When you’re desperate, you feel like a particular situation is hopeless, and you have no way out of it. At the same time, it’s a powerful emotion that can consume you and may even lead you to do things you otherwise wouldn’t do. When your desperation reaches an all-time high, it can be pretty dangerous for you and detrimental to your progress.

There will also be times when we mistakenly think that we’re just being really determined when, in fact, we are not. In times like this, we might actually be acting based on desperation. To prevent this, we must be conscious of our behavior and decisions.

Remember that taking small but determined steps will be much more helpful for your growth than reckless, desperate moves. So, always keep your cool, focus on creating effective solutions, and don’t lose hope!

With that, we hope this list of desperation quotes was able to help you prevent yourself from making reckless decisions. Don’t forget to breathe, approach the situation with a plan, and be patient.