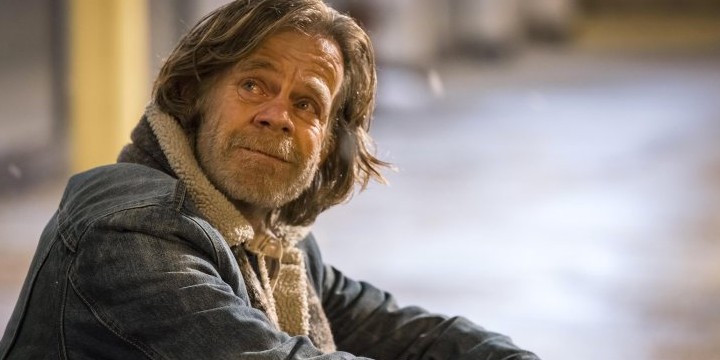 Read these Frank Gallagher quotes that will guide you on poverty, substance abuse, and family.

Frank Gallagher is the alcoholic and abusive father of the Gallagher family in the series, Shameless. In the show, we can see how his addiction and neglectful parenting causes significant impacts on the lives of his kids.

But, despite all his unlikeable traits, many fans are still oddly charmed by him. With his wit and ability to get out of any situation, many find themselves rooting for Frank Gallagher. Moreover, his persistent attitude in every aspect of his life makes us hope that things will turn out better.

So, if you are interested in his character and how he evolved in the series, then read our collection of Frank Gallagher quotes below. We’re sure they’ll take you on a rollercoaster ride of emotions!

And don’t forget to check out these Shameless quotes.

2. “People say you can’t drink your troubles away. I say you’re just not drinking enough. I guess that’s it. Not much left to say, really. Except, time’s precious, don’t f*cking waste it. Have a good time. I sure as hell did.”

3. “Every day is an opportunity you don’t get back, so don’t blow it working.”

4. “Revolutions don’t come wrapped in a cute ribbon. You want to bring down power structures? You want to get in the face of people who are peddling corroded ideals? You need a uniform that screams authenticity.”

5. “Doing things you don’t want to do is how you make a relationship work.”

6. “Bullying is a vital part of every ecosystem. It teaches kids resilience. The world is a rough place. Bullying is like getting inoculated. It’s a vaccine.”

7. “This is not a dictatorship. This is America. Give me liberty, or give me meth.”

8. “My only advice is to stop worrying so damn much. You’re supposed to ask people on their deathbed if they wish they’d worked more or spent more time with their family.”

9. “Don’t let your emotions completely obscure the barbaric roots of the sexual act. Don’t lose touch with the seeds of our animal nature.”

11. “Pretty soon, there’s not gonna be any Jew or Aryan or Hindu or Muslim or Mexican or Blacks. There’s just gonna be the rich and the f*cked, and our grandson is already one of the f*cked.”

12. “If you’re waiting for a new organ, you are just interfering with God’s plan.”

15. “Human misery—you can’t get enough of it! Willing a bloke to chuck himself to his death so that you can have a bit of f*cking ‘entertainment!’ Serves you right if he lands on your heads, you brainless cunts.”

16. “I believe in a force that thinks it’s greater than myself.”

17. “You see, this is the point I’m making with the liberal elite. In the war between the have-nots and the have-everything’s, their guilt is our ammunition. Never forget that.”

Frank Gallagher Quotes to Know More About His Personality

20. “Nobody’s saying our neighborhood is the Garden of Eden. Hell, some people say God avoids this place altogether. But it’s been a good home to us, to me and my kids, who I’m proud of, ’cause every single one of them reminds me a little bit of me.”

22. “I could’ve risen high in the ranks of any of the many fields dominated by gays: entertainment, politics, broadcasting, tennis.”

Hilarious Frank Gallagher Quotes to Read When You Need a Laugh

23. “Why was the broom late for the meeting? It overswept.”

24. “Prison is no place for a man with naturally tight glutes.”

26. “They’re having a party for kids across the street. No booze. What’s the point?”

27. “He was warm, like the inner thighs of an overworked hooker.”

Phillip Gallagher: “Is that right?”

Frank Gallagher: “That’s what I’m trying to tell you. My philosophy. You got to let kids learn for themselves.”

Phillip Gallagher: “You mean, fend for themselves?”

30. “My domestic partner is a clean and sober, hard-working citizen of this country. I think he deserves the same rights as a woman who would abandon her children.”

31. “Set them up, barkeep. My liver’s been on vacation, and I got a month’s worth of drinking to catch up on.”

32. “If ignorance is bliss, then down syndrome’s got to be euphoria.”

33. “Be lucky you don’t get gonorrhea from your cellmate. Spoken with love, son.”

34. “Expenses? Alcohol and drugs are non-negotiable.”

36. “When my son looks at me, I wanna see that same twinkle. And not from being stoned. That’s more of a glaze.”

37. “This country was founded by murdering thieves who stole land from the Indians and then genocided them.”

38. “They move in, they take over. They kick the homeless out of the park as if they don’t have a God-given right to sleep there. We are dinosaurs, my friend. And a big, fat comet is headed for our sweet slice of Earth. And that comet is a Starbucks.”

39. “The whole country is a bunch of parka-wearing, draft-dodging, chickenshit cowards who didn’t have the balls to fight the Viet Cong and preserve our way of life.”

Frank Gallagher Quotes That Will Teach You About Sexuality

40. “If gay people having sex is what offends people the most, they should let them get married because anyone who’s been married knows the sex is downhill from there.”

41. “A woman’s sexuality is as fluid as the Mississippi.”

42. “If God didn’t want us putting things up our *ss, he would have given the rectum a gag reflex.”

43. “Well, sometimes men discover things about themselves like they prefer male genitalia to female genitalia.”

47. “Calling someone what they are isn’t or shouldn’t ever be argued as offensive.”

49. “Daddy Frank, you are a serious badass and an essential member of this family.”

Did These Frank Gallagher Quotes Show You a Different Side of Reality and Society?

Poverty is one of the most discussed themes in the history of dark comedy. But, few of us understand how real it is and how characters such as Frank Gallagher exist in real life.

In reality, Frank is a product of unhealthy coping mechanisms and systemic oppression. His character was so human and flawed that we just want him to keep fighting through life.

He may be one of the worst fathers in television, but our unique bond with him will always be strong. With that, we hope that you enjoyed these Frank Gallagher quotes. Always remember to find hope and never give up in your darkest times.

Which Frank Gallagher quote struck a chord within you? Did you learn a lot from this collection? Leave a comment below!