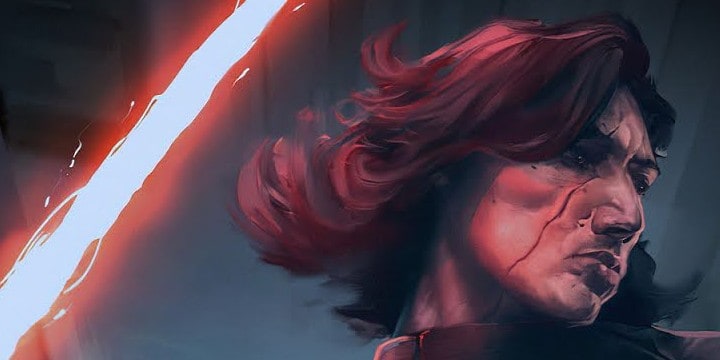 Here are the top 50 Kylo Ren quotes that will make you question whether he’s really a villain or a hero in your eyes.

So, if you want to dive deep into one of the main characters of Star Wars: The Force Awakens and Star Wars: The Last Jedi, then you’ve found the right list.

Though he’s portrayed as the main villain of the film as he turns to the dark side in an attempt to become the next Darth Vader, many still believe that he wasn’t a villain.

Instead, he was someone people can relate to—a teenager finding his way and purpose in life.

Learn more about Kylo Ren’s character in the list below.

And don’t forget to check out these Star Wars quotes and Jabba The Hutt quotes.

3. “You need a teacher. I could show you the ways of the Force.”

5. “The Resistance is dead, the war is over, and when I kill you, I will have killed the last Jedi!”

6. “I’ve given everything to you—to the dark side.”

9. “You have that look in your eyes. From the forest. You called me a monster.”

16. “Your son is gone. He was weak and foolish, like his father, so I destroyed him.”

25. “We can rule together and bring a new order to the galaxy.”

31. “Show me again the power of the darkness, and I’ll let nothing stand in our way.”

33. “Show me, Grandfather, and I will finish what you’ve started.”

35. “Do you know the truth about your parents? Or have you always known? You’ve just hidden it away. Say it.”

43. “You’re so lonely, so afraid to leave. At night, desperate to sleep. You imagine an ocean, I see it. I see the island and Han Solo. You feel like he’s the father you never had. He would have disappointed you.”

44. “They were filthy junk traders—sold you off for drinking money. They’re dead in a pauper’s grave in the Jakku desert.”

45. “Do you mean the murderers, traitors, and thieves you call friends? You’ll be relieved to hear I have no idea. You still want to kill me.”

47. “She is strong with the Force. Untrained, but stronger than she knows.”

48. “You can’t stop needing them. It’s your greatest weakness.”

How Do You Feel About Kylo Ren? Is He Really a Villain, or Was He Instead a Hero?

In the film, it’s been revealed that Kylo Ren is Ben Solo—the son of Leia Organa and Han Solo. Through his backstory, we learn that his main aspiration life is to achieve more than what his grandfather, Darth Vader, was able to achieve. However, this led him to turn over to the dark side, and thus, was treated as a villain. But Kylo Ren is more than just that. He’s more like us—someone who’s constantly trying to figure out his life. He’s someone determined to find his place in the world, where he belongs, his identity, and his purpose. And though he might have made some wrong decisions along the way, nobody’s perfect; and if we reflect and learn from our mistakes, we can all be one step closer to making our lives and the universe a better place.

Did these quotes help you in finding your way through life? Who’s your favorite Star Wars character? Let us know if you’d like us to make a collection on them too by commenting down below!