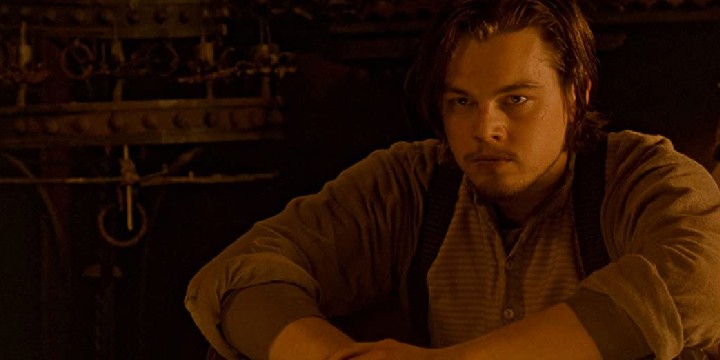 If you’re a fan of anything Martin Scorsese directed, you’ll be in for a treat once you read this list of Gangs of New York quotes we’ve created.

Gangs of New York has been nominated for 11 Academy Awards, yet a lot of fans feel like it’s one of Scorsese’s most underappreciated movies. It tells the tale of Amsterdam Vallon’s revenge on the man who killed his father, Bill Cutting—notoriously known as Bill the Butcher.

While it’s a revenge story, we can’t overlook the backstory behind Bill’s actions too. The time the movie was set in was when there was a swell of immigrants in 1860s New York. Thus, topics like immigration, social norms, discrimination, and more were also discussed in the movie.

There’s no doubt in our minds that you’ll enjoy and learn a lot from this list of Gangs of New York quotes. So, read through to the end and learn more about Bill the Butcher, Amsterdam, and the other characters!

And don’t forget to check out these Casino quotes and Blow quotes.

2. “When you kill a king, you don’t stab him in the dark. You kill him where the entire court can watch him die.” – Amsterdam Vallon

3. “The earth turns, but we don’t feel it more. And one night, you look up. One spark and the whole sky is on fire.” – Amsterdam Vallon

5. “Our name is called ‘The Dead Rabbits’ to remind all of our sufferings, and as a call to those who suffer still to join our ranks. However far they may have strayed from our common home across the sea. For with great numbers must come great strength in the salvation of our people.” – Amsterdam Vallon

6. “The past is a torch that lights our way. Where our fathers have shown us the path, we shall follow. Our faith is the weapon most feared by our enemies. For thereby shall we lift our people up against those who would destroy us.” – Amsterdam Vallon

7. William Tweed: “You’re a good one for the fighting, Bill. But you can’t fight forever.”

Bill Cutting: “I can go down doing it.”

William Tweed: “And you will.”

Bill Cutting: “What did you say?”

William Tweed: “I said, you’re turning your back on the future.”

Bill Cutting: “Not our future.”

Amsterdam Vallon: “I’m not sure, sir. I never did quite figure it.”

Bill Cutting: “I’m 47. Forty-seven years old. You know how I stayed alive this long? All these years? Fear. The spectacle of fearsome acts. Somebody steals from me, I cut off his hands. He offends me, I cut out his tongue. He rises against me, I cut off his head, stick it on a pike, and raise it high up so all on the streets can see. That’s what preserves the order of things. Fear.”

9. “We hold in our hearts the memory of our fallen brothers whose blood stains the very streets we walk today. Also, on this night, we pay tribute to the leader of our enemies, an honorable man, who crossed over bravely, fighting for what he believed in. To defeat my enemy, I extinguish his life and consume him as I consume these flames. In honor of ‘Priest’ Vallon.” – Bill Cutting

10. “Ears and noses will be the trophies of the day. But no hand shall touch him.” – Bill Cutting

11. “You get to know a lot by butchering meat. We’re made up of the same things. Flesh and blood. Tissue. Organs. I love to work with pigs. The nearest thing in nature to the flesh of a man is the flesh of a pig.” – Bill Cutting

12. “Everything you see belongs to me, to one degree or another. The beggars and newsboys and quick thieves here in Paradise, the sailor dives and gin mills and blind tigers on the waterfront, the anglers and amusers, the she-hes and the Chinks. Everybody owes, everybody pays. Because that’s how you stand up against the rising of the tide.” – Bill Cutting

15. “At my challenge, by the ancient laws of combat, we are met at this chosen ground, to settle for good and all who hold sway over the five points: us natives, born rightwise to this fine land, or the foreign hordes defiling it.” – Bill Cutting

16. “It’s a funny feeling being taken under the wing of a dragon. It’s warmer than you’d think.” – Amsterdam Vallon

18. “You see this knife? I’m gonna teach you to speak English with this f*cking knife!” – Bill Cutting

19. “Lord, place the steel of the Holy Spirit in my spine and the love of the Virgin Mary in my heart.” – Amsterdam Vallon

21. Bill Cutting: “You. Whatever your name is—what is your name?”

Bill Cutting: “Amsterdam, I’m New York. Don’t you never come in here empty-handed again; you gotta pay for the pleasure of my company.”

22. “No, son, never. The blood stays on the blade. One day you’ll understand.” – Priest Vallon

23. “If you’re not strong, you’d better be smart. Now I don’t know if you’re being too clever or too dumb, but whichever it is, just remember this much. For all his faults, your father was a man who loved his people.” – Walter McGinn

24. “The appearance of law must be upheld, especially when it’s being broken.” – William Tweed

25. “My father gave his life making this country what it is. Murdered by the British with all of his men on the 25th of July, anno domini, 1814. Do you think I’m going to help you befoul his legacy, by giving this country over to them, what’s had no hand in the fighting for it? Why, because they come off a boat crawling with lice and begging you for soup.” – Bill Cutting

Has Contempt Weaved Its Way Into Your Heart?

Living life with negativity consumes us. Slowly but surely, it changes our happy dispositions to something darker, and we’re left with only the desire to seek revenge. Amsterdam felt this when Bill the Butcher killed his father.

In the movie, Bill Cutting earned his nickname, Bill the Butcher, because of his violent tendencies when dealing with people he thinks are different. In Gangs of New York, his hate targeted the Dead Rabbits. He might be just one person, but he symbolizes the bigotry and discrimination people still face today.

Bill the Butcher was the opposing force that drove Amsterdam to seek revenge. While his cause was just, following through with his plans of vengeance would only create a never-ending cycle of hate, violence, and distrust.

Today, though things are much less violent, we should never forget that our society was built on anger and brutality. So, moving forward, let’s cultivate a culture of peace, acceptance, and respect.

We will never be able to move on and become better individuals if we keep ourselves chained in negativity. Learn from the past and never forget it, as it is only through the past that we can better ourselves!