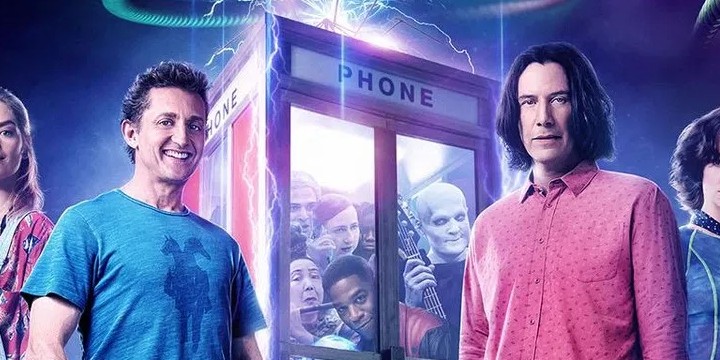 Get ready to live out an adventure of a lifetime through these Bill and Ted quotes!

When it was first created, no one expected that this little project would still be talked about and revered over 3 decades after it was first released.

The movie is quintessential 80s. Everything about it reminds us of that period of time—the slang, the fashion, and the music.

And because the movie is so jam-packed with action and adventure, we sometimes miss out on some important life lessons and philosophical wisdom embedded in the scenes.

Learn more about what lessons you can learn from the movie through the list below.

And don’t forget to check out these Forrest Gump quotes and Back to the Future quotes.

3. “I believe our adventure through time has taken a most serious turn.“ – Ted Logan

4. “Ted, you and I have witnessed many things, but nothing as bodacious as what just happened.” – Bill Preston

5. “Ted’s father’s own fear of failure has caused him to make his son the embodiment of all his deepest anxieties about himself. And hence, his aggression transferred onto Ted.” – Freud

10. “It seems to me the only thing you’ve learned is that Caesar is a salad dressing, dude.” – Mr. Ryan

13. “Oh, you beautiful babes from England, for whom we have traveled through time. Will you go to the prom with us in San Dimas? We will have a most triumphant time.” – Ted Logan

14. “This should be most triumphant.“ – Bill Preston

17. Ted: “Well, how can we have decent instruments when we don’t really even know how to play?”

Bill: “That is why we need Eddie Van Halen!“

18. “Deacon, do you realize you have just stranded one of Europe’s greatest leaders in San Dimas?” – Ted Logan

19. “It is indeed a pleasure to introduce to you a gentleman we picked up in medieval Mongolia in the year 1269.” – Bill Preston

23. Bill: “Socrates—the only true wisdom consists in knowing that you know nothing.”

28. ”I work out all the time. And reaping burns a lot of calories.” – Grim Reaper

Where Can Your Imagination Take You?

Bill and Ted is a wonderful film about imagination, adventure, and true friendship. It teaches us that learning cannot be caged down within the four corners of the classroom, and instead, reaches across all corners of the globe.

Learning never stops and we can always learn something more about everything—about the power and strength of true friendship and camaraderie, as well as the importance of hard work and dedication to your craft. Nothing can ever be achieved overnight, because our true goals in life—the ones that will truly make us happy—are things we need to work hard for day in and day out.