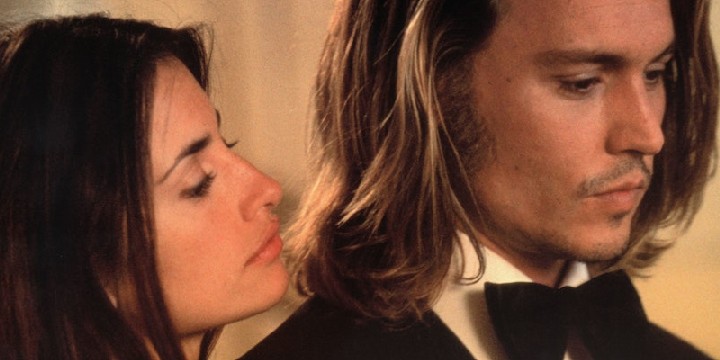 This list of 30 Blow quotes will make you feel like you’re part of the troubles that plagued the international drug trade in the 1970s!

The world is full of sin and temptation wherever you go. We are constantly tested by fate whether we’ll bite the apple or not. In Blow, a 2001 movie adaptation of Bruce Porter’s 1993 novel, we see precisely this through George Jung’s life story.

Blow is a unique piece as it gives us full and realistic details of the drug trade. We get a picture of how deals, trafficking, and all the politics work. However, Blow, all in all, is a tragic story of what could happen if one succumbs to sin.

You’d undoubtedly get a better handle on things once you’ve read the complete below. So, what are you waiting for? Check the entire collection of Blow quotes below!

And make sure to read these Casino quotes and American History X quotes.

2. “I thought you couldn’t live without your heart.” – Kristina Sunshine Jung

3. “So, in the end, was it worth it? Jesus Christ. How irreparably changed my life has become. It’s always the last day of summer, and I’ve been left out in the cold with no door to get back in. I’ll grant you I’ve had more than my share of poignant moments. Life passes most people by while they’re making grand plans for it. Throughout my lifetime, I’ve left pieces of my heart here and there. And now, there’s almost not enough to stay alive. But I force a smile, knowing that my ambition far exceeded my talent. There are no more white horses or pretty ladies at my door.” – George Jung

Kristina Sunshine Jung: “Are we gonna split up?”

George Jung: “No, never. Don’t even think about that; it’s impossible. I love your mother, and you are my heart. Could I live without my heart? Could I?”

5. George Jung: “May the wind always be at your back and the sun upon your face.”

Fred Jung: “And may the wings of destiny carry you aloft to dance with the stars. Cheers, Georgie.”

6. “Waiters, I’m the only guy on the planet that gets busted by f*cking waiters. Why the Feds decided to bust me on that particular night, I’ll never know. Maybe it was the Porsches and Maseratis in the driveway, my Colombian guest list, or the cocaine buffet; whatever it was, they were just waiting for me to slip up, and I did.” – George Jung

7. Judge: “George Jung, you stand accused of possession of 660 pounds of marijuana with intent to distribute. How do you plead?”

George Jung: “Your honor, I’d like to say a few words to the court if I may.”

Judge: “Well, you’re gonna have to stop slouching and stand up to address this court, sir.”

George Jung: “Alright. Well, in all honesty, I don’t feel that what I’ve done is a crime. And I think it’s illogical and irresponsible for you to sentence me to prison. Because, when you think about it, what did I really do? I crossed an imaginary line with a bunch of plants. I mean, you say I’m an outlaw, you say I’m a thief, but where’s the Christmas dinner for the people on relief? Huh? You say you’re looking for someone who’s never weak but always strong, to gather flowers constantly whether you are right or wrong, someone to open each and every door, but it ain’t me, babe, huh? No, no, no, it ain’t me, babe. It ain’t me you’re looking for, babe. You follow?”

Judge: “Unfortunately for you, the line you crossed was real, and the plants you brought with you were illegal, so your bail is 20,000 dollars.”

Blow Quotes That’ll Leave a Mark on Your Mind

Cesar Toban: “I need to see them. I’ll also need their names and the names of their schools. We are trusting you with millions of dollars of coke, Mr. Stevens. Without your children, there is no deal.”

Diego Delgado: “Twenty-six months? For murder? I must meet your lawyer.”

Pablo Escobar: “I need to find an Americano who I can trust. One with honor, intelligence—.”

George Jung: “You need an Americano with balls, Señor Escobar.”

15. “This is Grade A, 100% pure Colombian cocaine, ladies and gentlemen. Disco sh*t, pure as the driven snow.” – George Jung

16. “We are broke, that is my f*cking problem, and you are a f*cking spy. That’s right. Always spyin’, always judgin’. Everyone’s laughing in your face, you f*cking pussy. You let Diego f*ck you in the *ss. Maybe because you like it, maybe because you’re a f*cking faggot. That’s what I think you are. I think you are really f*ckin’ him ‘cause you’re not f*cking me. Why’s that? Why? Why don’t you f*ck me anymore? Don’t you ever touch me again, motherf*cker! Don’t ever put your hands on me again, *sshole! Get your hands off me.” – Mirtha Jung

Fred Jung: “Let me tell you something, George. You’d have been great at anything.”

19. “You failed because you had the wrong dream. What do you know about cocaine?” – Diego Delgado

21. “They talk about religious experiences, I didn’t believe in religion. Hell, I didn’t particularly like kids. But, when Kristina Sunshine Jung came into this world, something in me changed. I knew what I was put on the planet for. It was the greatest feeling I ever had. Followed abruptly by the worst feeling I ever had.” – George Jung

22. “You think people don’t know you’re a drug dealer. Everyone knows; it’s no secret. Every time I go out, I’m humiliated. So you go to jail. It’s for your own good. You need to straighten your life out. What are you looking at, Mrs. Gracie? Your son’s no prize.” – Ermine Jung

George Jung: “Well, I would if I could get some f*cking sleep.”

24. “So go home. Go back home. Go home and sell half-grams to your f*cking relatives for all I care, ‘cause you are out! And don’t be so emotional, George, ‘cause we are brothers. We are brothers.” – Diego Delgado

George Jung: “The favor was to pick up 50 kilos of cocaine. Fifty. That’s 110 pounds. Not exactly a small favor. Not like bumming a cigarette, for example. But what the hell? I didn’t have anything better to do that day. It’s not like I was on parole or anything.”

26. Mirtha Jung: “I’m divorcin’ you, George. I am getting custody of Kristina. And when you get out next week, you’re gonna pay support, and that’s the end of it. There is someone else. I did not think you would want to know, but I wanted to tell you. Say something.”

George Jung: “What do you want me to say? I’m in prison. You should know you’re the one who put me in here.”

Mirtha Jung: “I knew you would say something like that. Always thinkin’ about yourself.”

More Blow Quotes to Ponder On

27. “Danbury wasn’t a prison; it was a crime school. I went in with a bachelor of marijuana, came out with a doctorate of cocaine, and after 16 months, I was once again a free man. Well, not altogether free. The conditions of my parole were that I had to live with my parents and find a job.” – George Jung

28. “The official toxicity limit for humans is between one and one and a half grams of cocaine depending on body weight. I was averaging five grams a day, maybe more. I snorted 10 grams in 10 minutes once. I guess I had a high tolerance.” – George Jung

Kevin Dulli: “Don’t be such a pussy.”

30. George Jung: “The lawyer says he can plead it down to five years. I’ll serve two.”

George Jung: “You kidding me? You’re not gonna wait for me? What the f*ck is that?”

Everyone has a backstory that motivates them to act a certain way. We are molded by our childhood, our friends, our family, and the freedom we gain once we reach adulthood. Everything and anything in our lives is a consequence of our choices, whether good or bad.

George Jung, unfortunately, chose a life of sin. While his childhood is something we can relate to, it doesn’t mean that we should succumb to immoral acts and commit crimes.

Because George decided to hold on to his vices, he slowly but surely lost the things and people he loved. His own mother called the cops on him, he never got to say goodbye to his father in his dying moments, and he broke the promises he made to his child.

Redemption will always be there for people who have sinned because that’s how forgiving our Lord is. However, though that statement is true, the power to redeem ourselves lies only within us. We need to decide that we’ll change, and we need to put our decision into action.

With that, we hope this list of quotes was able to encourage you to live your life as righteously as you can. It won’t always be easy because of how harsh life is, but hold on to the good. Someday, your efforts will be repaid!