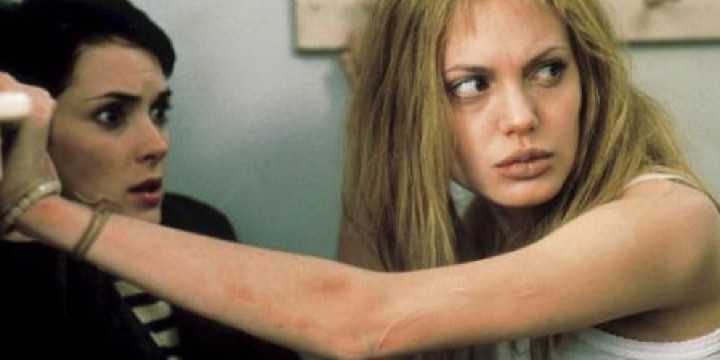 Girl, Interrupted tells the story of Susanna Kaysen. She’s an American author who told the world about her struggles with mental health through her memoir.

The movie shows how people with mental illness can be put into institutions without being considered people who need help. They have to live with the fact that they won’t be able to care for themselves independently. But, they’re left with no choice but to follow the rules.

We have seen this happen many times before in today’s world. Following that, we also recognize how this kind of treatment affects those people. We need to find a way to change the system so that people like them can be treated with dignity and respect despite their condition.

Reading this collection will give you a sense of what it’s like to live with mental health problems. Hopefully, this will also help you feel for them as you understand their illness better.

And make sure to check out these She’s All That quotes and Stand by Me quotes.

1. Valerie Owens: “What would you have said to her?”

Susanna Kaysen: “I don’t know. That I was sorry. That I will never know what it was like to be her. But I know what it’s like to want to die. How it hurts to smile. How you try to fit in, but you can’t. You hurt yourself on the outside to try to kill the thing on the inside.”

2. “Have you ever confused a dream with life? Or stolen something when you have the cash? Have you ever been blue? Or thought your train was moving while sitting still? Maybe I was just crazy. Maybe it was the ’60s. Or maybe I was just a girl, interrupted.” – Susanna Kaysen

3. “When you don’t want to feel, death can seem like a dream. But seeing death, really seeing it, makes dreaming about it f*cking ridiculous. Maybe, there’s a moment growing up when something peels back. Maybe, maybe, we look for secrets because we can’t believe our minds.” – Susanna Kaysen

Susanna Kaysen: “Then what’s wrong with me, huh? What the f*ck is going on inside? Tell me, Dr. Val, what’s your diag-nonsense?”

Valerie Owens: “You are a lazy, self-indulgent little girl who is driving herself crazy.”

Susanna Kaysen: “Is that your professional opinion? Is that what you’ve learned in your advanced studies at night school for Negro Welfare Mothers? I mean, Melvin doesn’t have a clue. Wick is a psycho, and you—you pretend to be a doctor. You review the charts and dole out meds. But you ain’t no doctor, Miss Valerie. You ain’t nothing but a black nursemaid.”

Valerie Owens: “And you’re just throwing that away.”

5. “Declared healthy and sent back into the world. My final diagnosis: a recovered borderline. What that means, I still don’t know. Was I ever crazy? Maybe. Or maybe life is.” – Susanna Kaysen

7. “I’ve wasted a year of my life. Maybe everybody out there is a liar. And maybe the whole world is ‘stupid’ and ‘ignorant’. But I’d rather be in it. I’d rather be f*cking in it than down here with you.” – Susanna Kaysen

8. “Crazy isn’t being broken or swallowing a dark secret. It’s you, or me, amplified. If you ever told a lie and enjoyed it. If you ever wished you could be a child, forever. They were not perfect, but they were my friends. And by the ’70s, most of them were out, living lives. Some I’ve seen. Some never again. But there isn’t a day my heart doesn’t find them.” – Susanna Kaysen

9. Daisy Randone: “You’re just jealous, Lisa. Because I got better—because I was released—because I have a chance at a life.”

Lisa Rowe: “They didn’t release you ’cause you’re better, Daisy; they just gave up. You call this a life, hmm? Taking Daddy’s money, buying your dollies and your knickknacks. And eating his f*ckin’ chicken, fattening up like a prize f*ckin’ heifer. You changed the scenery, but not the f*ckin’ situation, and the warden makes house calls. And everybody knows, everybody knows that he f*cks you. What they don’t know is that you like it, hmm? You like it.”

10. Susanna Kaysen: “Hey, Georgina? You know all that stuff I write in my journals? I don’t know what I’m saying. They’re just thoughts. Who knows, maybe I’m the liar.”

Lisa Rowe: “I’m playing the villain, baby, just like you want. I try to give you everything you want.”

Lisa Rowe: “You wanted your file; I found you your file. You wanted out, I got you out. You needed money, I found you some. I’m f*cking consistent. I told you the truth. I didn’t write it down in a f*cking book! I told you to your face. And I told Daisy to her face what everybody knew and wouldn’t say, and she killed herself. And I played the f*cking villain, just like you wanted.”

Susanna Kaysen: “Why would I want that?”

Lisa Rowe: “Because it makes you the good guy, sweet pea. You come back here, all sweetness and light, and sad and contrite, and everybody congratulating you on your bravery. And meanwhile, I’m blowing the guys at the bus station for the money that was in her f*cking robe!”

Lisa Rowe: “Why, thanks, Margie. So how’s the engagement going?”

Nurse Margie: “Joe wants me to—you know, before the wedding.”

Polly Clark: “Not much.”

14. Dr. Crumble: “Susanna, four days ago, you chased a bottle of aspirin with a bottle of vodka.”

Susanna Kaysen: “I had a headache.”

15. Lisa Rowe: “Huh? What if I had a punctured artery? What would you do? Would you just keep going about your rounds, ignoring my wounds?”

Lisa Rowe: “Stop what? You f*cking piece—. Look at this! Go ahead!”

Girl, Interrupted Quotes That’ll Transport You Back to Some Meaningful Scenes

Lisa Rowe: “Is that a dare or a double dare?”

Susanna Kaysen: “No, you’re not. You’re gonna get out of here, and you’re gonna come and see me. Okay.”

Susanna Kaysen: “Borderline personality disorder. An instability of self-image, relationships and moods, uncertainty about goals, impulsive in activities that are self-damaging, such as casual sex.”

Susanna Kaysen: “I mean, what kind of sex isn’t casual?”

Dr. Potts: “What were you trying to do?”

Susanna Kaysen: “I was trying to make the sh*t stop.”

Instructor: “Now, what kind of a tree can you be, Janet, down there on the floor?”

Lisa Rowe: “Bald guy with a little p*cker and a fat wife. You’re ther-rapist, sweet pea. Unless, uh—unless they’re giving you shocks. Or, God forbid, letting you out. Then you get to see the great, wonderful Dr. Dyke.”

Susanna Kaysen: “Oh, I’ve been in his office, but I haven’t met him yet.”

22. Georgina Tuskin: “Lisa, is Daisy really getting out?”

Lisa Rowe: “Yeah, she coughed up a big one.”

Lisa Rowe: “Yeah, well, that’s what ther-rape-me’s all about. That’s why f*ckin’ Freud’s pictures on every shrink’s wall. He created a f*ckin’ industry. You lie down, you confess your secrets, and you’re saved. Ca-ching! The more you confess, the more they think about settin’ you free.”

Susanna Kaysen: “But what if you don’t have a secret?”

More Girl, Interrupted Quotes for Those Who Loved the Plot

23. Daisy Randone: “Which do you like better? Taking a dump alone or with Valerie watching?”

24. Susanna Kaysen: “Has anyone ever watched you shave your legs?”

Valerie Owens: “I got two kids and one bathroom; what do you think?”

Susanna Kaysen: “I think you should lock the door.”

Dr. Wick: “Do you know what that means, ambivalence?”

Dr. Wick: “If it’s your favorite word, I would’ve thought you would.”

Susanna Kaysen: “It means I don’t care. That’s what it means.”

Did These Girl, Interrupted Quotes Shed Some Light on How Mental Illness Affects People?

In a society that gives mental health only a fraction of the attention it deserves, we often overlook it. People might find it hard to be open about it. But, mental health issues should be treated no differently from other illnesses.

It can affect anyone at any time, in any situation. They can start with feelings of homesickness or loneliness. Then, later, it can progress to more severe conditions such as depression and anxiety.

Mental illnesses affect people of all ages and backgrounds, including children. This understanding is precisely why Girl, Interrupted is such a great piece.

It gave us an accurate depiction of what people with mental illness go through. More than that, the movie also tells us how they can still enjoy some things in life—making friends and building relationships despite their struggles.

Hopefully, this collection of quotes was able to provide you with a deeper understanding of these topics. The time has come to view mental illness as a medical condition, no different from any other illness. Remember, people suffering from this illness are not failures, and they never will be!