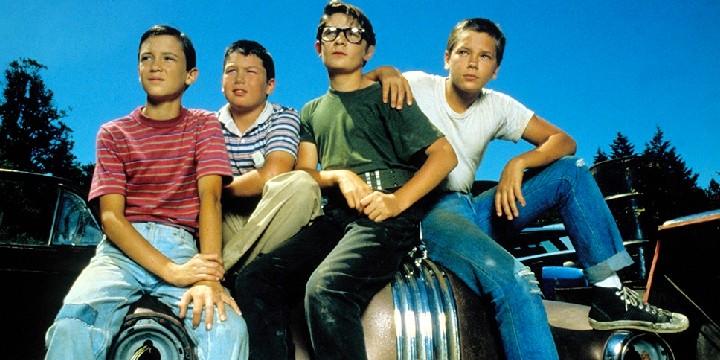 Remember the fun you had as a kid and the memorable times you’ve had with your friends as you read these Stand by Me quotes!

Stand by Me is a coming-of-age movie based on Stephen King’s novella, The Body. The plot follows four friends who search for a missing boy’s body in an attempt to claim a monetary reward.

The movie’s central themes revolve around friendship, the loss of innocence, and how the bonds between people can be strong even when things are at their worst. It is not just a story about boys growing up. It’s also about how life can change when we least expect it—and how we can overcome those changes together.

So, if you want to learn more about the movie, read through our collection below. These Stand by Me quotes will remind you of your friends and the exciting times you had with them as you grew up!

And make sure to read these Girl, Interrupted quotes and She’s All That quotes.

Best Stand by Me Quotes

1. “We knew exactly who we were and where we were going. It was grand.” – The Writer

2. “I was 12 going on 13 the first time I saw a dead human being. It happened in the summer of 1959. A long time ago. But only if you measure in terms of years. I was living in a small town in Oregon called Castle Rock. There were only 1,281 people, but to me, it was the whole world.” – The Writer

Chris Chambers: “Yeah, but you’re gonna be stupid for the rest of your life.”

4. “Friends come in and out of your life like busboys in a restaurant.” – The Writer

Gordie Lachance: “No man, seriously. Am I weird?”

Chris Chambers: “Yeah, but so what? Everybody’s weird.”

6. “I just wish I could go someplace where nobody knows me.” – Chris Chambers

7. “We’d only been gone for two days, but somehow the town seemed different; smaller.” – The Writer

9. “Although I haven’t seen him in more than 10 years, I know I’ll miss him forever. I never had any friends later on like the ones I had when I was twelve. Jesus, does anybody?” – The Writer

10. Ace Merrill: “You weren’t planning on taking the body from us, were you, boys?”

Chris Chambers: “You get away. We found him. We got dibs.”

Gordie Lachance: “You can do anything you want, man.”

Chris Chambers: “Yeah, sure. Give me some skin.”

Chris Chambers: “Not if I see you first.”

Memorable Stand by Me Quotes for Fans of the Movie

13. “If I could only have one food for the rest of my life? That’s easy. Pez. Cherry flavor Pez. No question about it.” – Vern Tessio

14. Gordie Lachance: “Maybe you could come into the college courses with me.”

Chris Chambers: “They won’t let me.”

Gordie Lachance: “What do you mean?”

Chris Chambers: “It’s what everyone thinks of my family in this town. It’s what they think of me. I’m just one of those low-life Chambers kids.”

16. Gordie Lachance: “Why did he have to die, Chris? Why did Denny have to die?”

Gordie Lachance: “It should’ve been me.”

Gordie Lachance: “It should’ve been me.”

Short Stand by Me Quotes That You Will Never Forget

Funny Stand by Me Quotes to Make You Smile

Chris Chambers: “He can’t be a dog. He drives a car and wears a hat.”

22. Vern Tessio: “Do you think Mighty Mouse could beat up Superman?”

Teddy Duchamp: “What are you, cracked?”

Vern Tessio: “Why not? I saw it the other day. He was carrying five elephants in one hand!”

Teddy Duchamp: “Boy, you don’t know nothing! Mighty Mouse is a cartoon. Superman’s a real guy. There’s no way a cartoon could beat up a real guy.”

Teddy Duchamp: “Why don’t you cook your dick?”

24. Gordie Lachance: “Does the word ‘retarded’ mean anything to you?”

Teddy Duchamp: “Gordie, go get the food, you morphodite.”

Gordie Lachance: “Don’t call me any of your mother’s pet names.”

Teddy Duchamp: “A pile of sh*t has a thousand eyes.”

26. Teddy Duchamp: “Did your mother have any kids that lived?”

Vern Tessio: “What do you mean?”

27. “That was the all-time train dodge! Too cool! Vern, you were so scared you looked like that fat guy, Abbott Costello, when he saw the mummy.” – Teddy Duchamp

28. “What am I supposed to do, think of everything? I brought the comb!” – Vern Tessio

29. Chris Chambers: “How do you know if a Frenchman has been in your backyard?”

Chris Chambers: “Your garbage cans are empty, and your dog’s pregnant.”

Teddy Duchamp: “Oh, great! You brought the comb! What did you bring a comb for? You don’t even have any hair!”

Vern Tessio, Chris Chambers, and Teddy Duchamp: “I grow up, and when I look at you, I throw up!”

Bold Stand by Me Quotes That’ll Make You Shiver

Chris Chambers: “Maybe you will, maybe you won’t.”

Gordie Lachance: “No, Ace, just you.”

33. Chris Chambers: “You saying you wanna go back?”

Gordie Lachance: “No. We’re going to see a dead kid—maybe it shouldn’t be a party.”

Chris Chambers: “He doesn’t know you.”

Gordie Lachance: “He hates me.”

Chris Chambers: “He doesn’t hate you.”

Gordie Lachance: “He hates me!”

Chris Chambers: “No! He just doesn’t know you.”

35. Chris Chambers: “You’re gonna be a great writer someday, Gordie. You might even write about us guys if you ever get hard-up for the material.”

Gordie Lachance: “Guess I’d have to be pretty hard-up, huh?”

36. “Vern didn’t just mean being off limits inside the junkyard, or fudging on our folks, or going on a hike up the railroad tracks to Harlow. He meant those things, but it seems to me now it was more and that we all knew it. Everything was there and around us.” – The Writer

37. “None of us could breathe. Somewhere under those bushes was the rest of Ray Brower. The train had knocked Ray Brower out of his Keds just like it had knocked the life out of his body.” – The Writer

38. “Finding new, and preferably disgusting, ways to degrade a friend’s mother was always held in high regard.” – The Writer

39. “I wanted to share my friends’ enthusiasm, but I couldn’t. That summer at home, I had become the invisible boy.” – The Writer

40. “We all knew what Vern meant right away. At the beginning of the school year, Vern had buried a quart jar of pennies underneath his house. He drew a treasure map so he could find them again.” – The Writer

Did These Stand by Me Quotes Remind You of the Exciting Times You Had With Friends?

You might not know it now, but there will be a point in your life when you think about everything you did as a child. The friends you made, the family you grew up with, and the good and bad times that led up to where you are now are things you will undoubtedly reflect on.

This is shown in Stand by Me and how the young men who grew up together became life-long friends. They all faced difficult circumstances and new experiences together, helping them form a bond that nothing can ever replace. Their experiences are all relevant to us, as we also went through awkward phases in our childhoods where we were just starting to figure out life.

As we grow older and meet new people, we inevitably recall the friendships we built when we were younger. After all, it was a time when we were more carefree and had fewer responsibilities. Such friendships and bonds will leave a mark on your soul that will last a lifetime and shape who you are now.

With that, we hope that this collection was able to remind you of all the lessons that your past has taught you. Remember, looking back is okay, but we should not dwell on it entirely! Also, appreciate your friends as they’ll be the ones who will be with you through thick or thin!