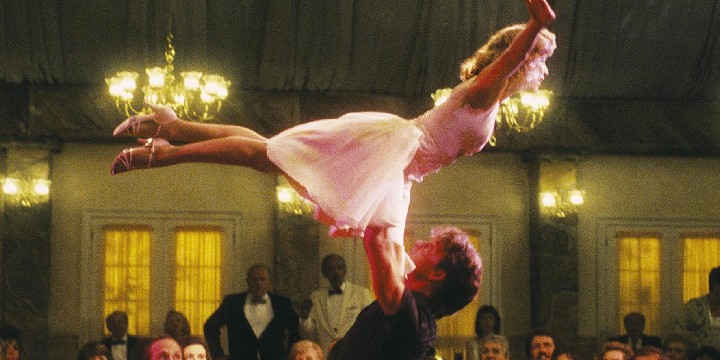 Read this list of Dirty Dancing quotes that’ll take you back to the movie’s most life-changing and impactful scenes!

Dirty Dancing is a movie that has taken the world by storm. Patrick Swayze’s performance, the dancing, and the deeper meaning behind each scene definitely make it irresistible for many!

The plot begins when Baby Houseman and her family go on a summer vacation at Kellerman’s. There, she meets and falls in love with a dance instructor named Johnny Castle.

You might think that her name’s just a cute pet name. But, it actually holds a more profound meaning, shown when she falls head over heels for Johnny. It’s actually a representation of how a young woman grows into a more mature and sensual lady.

But, their relationship was not a walk in the park; many people—like Baby’s father—opposed it because of their differences in social status. This was a moment of realization and growth for Baby.

Read on if you want to learn more about what happened in the movie!

And don’t forget to check out these Hairspray quotes and Grease quotes.

2. “Nobody puts Baby in a corner.” – Johnny Castle

4. “No, the way he saved her. I mean, I could never do anything like that. That was something. I mean, the reason people treat me like I’m nothing is because I’m nothing.” – Johnny Castle

5. “Sorry for the disruption, folks, but I always do the last dance of the season. This year, somebody told me not to. So I’m gonna do my kind of dancing with a great partner who’s not only a terrific dancer but somebody who’s taught me that there are people willing to stand up for other people no matter what it costs them. Somebody who’s taught me about the kind of person I wanna be. Miss Frances Houseman.” – Johnny Castle

7. “Where is my beige iridescent lipstick?” – Lisa Houseman

8. “God, I am so sick of this rain. Remind me not to take my honeymoon at Niagara Falls.” – Lisa Houseman

9. “Oh, come on, ladies. God wouldn’t have given you maracas if He didn’t want you to shake them.” – Penny Johnson

Johnny Castle: “No, no, not for nothing, Baby! Nobody has ever done anything like that for me before.”

Baby Houseman: “You were right, Johnny. You can’t win no matter what you do!”

Johnny Castle: “You listen to me. I don’t wanna hear that from you. You can!”

Baby Houseman: “I used to think so.”

12. “That was the summer of 1963—when everybody called me Baby, and it didn’t occur to me to mind. That was before President Kennedy was shot, before the Beatles came when I couldn’t wait to join the Peace Corps, and I thought I’d never find a guy as great as my dad. That was the summer we went to Kellerman’s.” – Baby Houseman

13. “You told me you wanted me to change the world, make it better. But you meant by becoming a lawyer or an economist and marrying someone from Harvard. I’m not proud of myself, but I’m in this family, too, and you can’t keep giving me the silent treatment. There are a lot of things about me that aren’t what you thought. But if you love me, you have to love all the things about me, and I love you, and I’m sorry I let you down. I’m so sorry, Daddy. But you let me down too.” – Baby Houseman

16. “Very early, I learned that you have to be true to yourself about what you care about, what you believe in. If you’re not, you have nothing at all. You have to listen to that bird inside that tells you what’s right.” – Johnny Castle

Dirty Dancing Quotes to Make Your Heart Swell With Emotions

17. “We’re supposed to do the show in two days. You won’t show me the lifts, I’m not sure of the turns, I’m doing all this to save your ass; what I really want to do is drop you on it!” – Baby Houseman

Lisa Houseman: “Oh, come on. You don’t care about me. You wouldn’t care if I humped the entire army as long as they were on the right side of the Ho Chi Minh Trail.”

19. Baby Houseman: “Yeah, tell him your ideas! He’s a person like everyone else. I’m sure he’ll think they’re great.”

Johnny Castle: “Look, I know these people, Baby. They’re all rich, and they’re mean. They won’t listen to me.”

Baby Houseman: “Well, then why not fight harder? Make them listen?”

Dirty Dancing Quotes for You to Reflect On

21. “You just put your pickle on everybody’s plate, college boy, and leave the hard stuff to me.” – Johnny Castle

23. “I’ve been thinking about the domino effect. Now, if Vietnam falls, does that mean China’s next?” – Lisa Houseman

Baby Houseman: “The first woman in the cabinet.”

26. Lisa Houseman: “Oh my god. Look at that, Ma! I should have brought those coral shoes. You said I was talking too much!”

Lisa Houseman: “But the coral shoes match that dress!”

Dr. Jake Houseman: “This is not a tragedy. A tragedy is three men trapped in a mine, or police dogs used in Birmingham.”

27. “You wanna hear something crazy? Last night, I dreamed that we were walking along and we met your father. He said, ‘Come on,’ and he put his arm around me. Just like he did with Robbie.” – Johnny Castle

Other Dirty Dancing Quotes That Are Worth Remembering

Baby Houseman: “Neither will I.”

Do You Think Love Is an Essential Ingredient for One’s Growth?

Dirty Dancing is a fun movie filled with good music, fantastic dance moves, and romantic scenes. But, it also shows how love is one of the most significant elements of our personal growth. After all, we’re like totally different people when we’re in love.

Meeting and being with Johnny made Baby experience a rollercoaster ride of emotions. This then ultimately led to her personal growth.

Opposition from her father hurt her. But, it also became a way for her to grow more mature, independent, and confident about the woman she wanted to become.

More than this, Dirty Dancing also used dance to show people how to embrace their femininity, sensuality, and emotions. You cannot dance gracefully if you don’t feel the emotions in the music. Apart from that, you certainly wouldn’t be able to dance well if you’re stiff and aloof.

So, while Dirty Dancing can be seen as your usual romantic movie, don’t be fooled. As you’ve learned from this list of quotes, it’s a movie packed with meaningful and impactful life lessons about growth, femininity, and love!