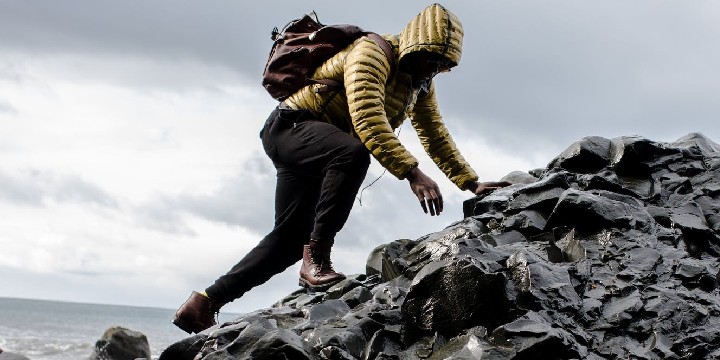 Read these grit quotes and learn how to persist despite the inevitable difficulty that’ll come your way!

One of the biggest problems our society faces when it comes to reaching success is our mindset.

We think that the best way to achieve something is through sheer talent, chance, or good luck. But, the real reason for success is actually grit.

Grit is the perseverance and dedication that keep us going when faced with adversity.

It pushes us through never-ending rough patches and helps us persevere when the going gets tough. Through grit, we can stick to our passions for a more extended period.

If you want to turn your devotion and passion into a concrete goal, then read this list of grit quotes we’ve prepared.

We’re sure it’ll give you the motivation you need to keep going.

Continue reading the entire collection below.

And don’t forget to check out these resilience quotes and positive quotes.

1. “Grit is having the courage to push through, no matter what the obstacles are, because it’s worth it.” – Chris Morris

2. “Grit is the grain of character. It may generally be described as heroism materialized, spirit and will thrust into heart, brain, and backbone, so as to form part of the physical substance of the man.” – Edwin Percy Whipple

3. “Grit is refusing to give up. It’s persistence. It’s making your own luck.” – Peter Diamandis

4. “Grit is living life like it’s a marathon, not a sprint.” – Angela Duckworth

5. “Grit is not just a simple elbow-grease term for rugged persistence. It is an often invisible display of endurance that lets you stay in an uncomfortable place, work hard to improve upon a given interest, and do it again and again.” – Sarah Lewis

6. “Grit is passion and perseverance for very long-term goals. Grit is having stamina. Grit is sticking with your future, day in, day out. Not just for the week, not just for the month, but for years. And working really hard to make that future a reality.” – Angela Duckworth

7. “Grit means not taking no for an answer, and sticking to your guns.” – Levison Wood

8. “People with grit don’t believe that failure is a permanent condition.” – Angela Duckworth

10. “Grit, in a word, is stamina. But it’s not just stamina in your effort. It’s also stamina in your direction, stamina in your interests. If you are working on different things but all of them very hard, you’re not really going to get anywhere. You’ll never become an expert.” – Angela Duckworth

11. “Grit is the stubborn refusal to quit.” – Anonymous

12. “Over time, grit is what separates fruitful lives from aimlessness.” – John Ortberg

13. “Grit is picking yourself up and moving forward even when you think you can’t take one more step.” – Christy Mossburg

14. “Gritty people have a growth mindset. When bad things happen, they don’t give up.” – Angela Duckworth

15. “Grit is having the courage to do the right thing, regardless of the popularity or consequences.” – Joan Hall

16. “Grit is knowing who you are and where you are headed, moving determinedly forward with eyes fixed on the mark, rather than the obstacles that lie in wait.” – Christine Bisch

17. “Grit: refusing to give, pushing to the limit, wiping the sweat off the face in order to make a better tomorrow.” – Anonymous

18. “Grit. Facing challenges with courage and strength, and working through them no matter how difficult they appear.” – Anonymous

19. “Grit is guts, resilience, industriousness, and tenacity. Grit is the ability to focus, stay determined, stay optimistic in the face of a challenge, and simply work harder than the next guy or gal.” – Linda Kaplan Thaler

20. “Grit determines that life challenges will neither defeat nor define us, grace gives kindness to ourselves and others even when it’s hard.” – Anonymous

21. “I kept going. With the decisions I’ve had to make, the setbacks, and the feeling of having my back against the wall, I was determined that I had the grit.” – Eddy Alvarez

22. “Every day, across our state, we see grit and resilience.” – Ben Sasse

23. “Grit is the persistence in following your own destiny.” – Paul Bradley Smith

24. “A grit mind strengthens all of your strengths.” – Pearl Zhu

26. “To be gritty is to resist complacency.” – Anonymous

31. “Grit: possessing indomitable spirit. Having a drive for achievement regardless of upbringing or situation. Earning success in the trenches through hard work.” – Anonymous

32. “Grit is not about forcing yourself to work hard at something you don’t like. It’s about pushing through challenges when engaged in something you do.” – Mike Anderson

33. “When I get knocked down, I’ll get back up. I may not be the smartest person in the room, but I’ll strive to be the grittiest.” – Anonymous

34. “Grit, determination, the right amount of crazy, self-belief—everything it takes to be a champion. I have that.” – Dustin Poirier

Grit Quotes for Those With Long-Term Objectives

36. “Grit: Sticking it out in the face of obstacles and setbacks. Perseverance in order to achieve a long-term goal.” – Anonymous

37. “Develop grit! Excellence does not mean perfection; rather, it means never giving in, never giving up, and ultimately achieving the goal.” – Anonymous

38. “Grit can’t be measured on pop quizzes, but it can often predict long-term success more than mere intelligence.” – Laura Moser

39. “Grit is that extra something that separates the most successful people from the rest. It’s the passion, perseverance, and stamina that we must channel in order to stick with our dreams until they become a reality.” – Travis Bradberry

40. “Being gritty doesn’t mean not showing pain or pretending everything is okay. In fact, when you look at healthy and successful and giving people, they are extraordinarily meta-cognitive. They’re able to say things like, ‘Dude, I totally lost my temper this morning.’ That ability to reflect on yourself is a signature to grit.” – Angela Duckworth

41. “My character in true grit would set these goals for herself that seemed near impossible, but to her, they were possible. She was never going to believe anything else other than that.” – Hailee Steinfeld

Grit Quotes That Zoom in on Perseverance and Persistence

42. “Grit, the raw endurance, perseverance, and passion that keeps you going despite obstacles.” – Anonymous

43. “True grit is making a decision and standing by it, doing what must be done. No moral man can have peace of mind if he leaves undone what he knows he should have done.” – John Wayne

44. “The number one predictor of success—grit! The ability to persevere, overcome and move forward in spite of challenges, failures, and obstacles.” – Anonymous

45. “Some people mistake grit for sheer persistence—charging up the same hill again and again. But that’s not quite what I mean by the word ‘grit.’ You want to minimize friction and find the most effective, most efficient way forward. You might actually have more grit if you treat your energy as a precious commodity.” – Reid Hoffman

More Grit Quotes That You Should Read Right Now

46. “Grit is about working on something you care about so much that you’re willing to stay loyal to it.” – Angela Duckworth

47. “Talent alone gets you nowhere. You really have to have the grit, and you gotta have a love for people.” – Zac Brown

48. “True grit is staying in the game when others would have dropped the ball and left the park!” – Anonymous

49. “In true grit, we had a vulture, a trained vulture that was a pain and that was even by vulture standards probably a stupid vulture, and that was frustrating.” – Ethan Coen

50. “Grit may carry risk because it’s about putting all your eggs in one basket, to some extent.” – Angela Duckworth

Did This Collection Help You Understand the Importance of Grit?

The concept of grit is most associated with a person’s ability to achieve long-term goals. It’s one of the most important keys to success, and it’s something you can learn to develop in yourself.

The common misconception about grit is that it’s an innate characteristic—you either have it or don’t. Yes, some people are born with a stronger mentality and willpower than others. But, that doesn’t mean you can’t develop and improve yours to be more persevering and persistent.

We must all remember that grit can be learned and developed. It’s a mindset and quality that will help you become more enthusiastic and driven in the face of hardship. So, we must be full of grit and never give up until we reach the top!

With that, we hope this list of grit quotes was able to provide you with valuable tips to keep yourself motivated. Remember to cope with difficulties with grit until you reach success!