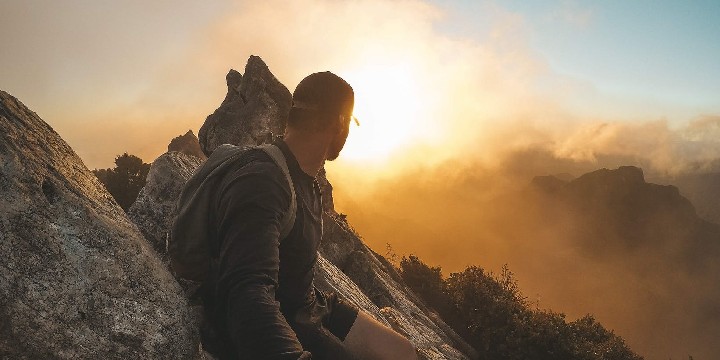 If you feel like you’re being crippled by fear and uncertainties, read these courage quotes we’ve compiled and gain the confidence to boost yourself up!

Courage is one of the most powerful traits of a strong person. You might think that this value means just being unafraid to face everything. But, in reality, courage is so much more than that.

It is about recognizing your fears and deciding to push through anyway. Though that’s the case, courage cannot be equated to recklessness. When we’re courageous, we understand what we’re facing, know about the consequences, and still decide to move forward fearlessly.

Being courageous is so much more complicated than simply being brave. It’ll be tedious and challenging to hone this value. But, if we do, it’s something that will benefit us in the long run.

So, don’t wait any longer! Start developing your courage through this list of quotes we’ve gathered.

And don’t forget to check out these encouraging quotes and positive quotes.

1. “Courage doesn’t happen when you have all the answers. It happens when you are ready to face the questions you have been avoiding your whole life.” – Shannon L. Alder

3. “Courage starts with showing up and letting ourselves be seen.” – Brene Brown

4. “Courage is the commitment to begin without any guarantee of success.” – Johann Wolfgang von Goethe

5. “Courage isn’t having the strength to go on—it is going on when you don’t have strength.” – Napoleon Bonaparte

6. “You will never do anything in this world without courage. It is the greatest quality of the mind next to honor.” – Aristotle

7. “Courage, above all things, is the first quality of a warrior.” – Carl von Clausewitz

9. “The secret to happiness is freedom, and the secret to freedom is courage.” – Thucydides

10. “To have the courage for whatever comes in life—everything lies in that.” – Saint Teresa of Avila

11. “Courage is on display every day, and only the courageous wring the most out of life.” – Zig Ziglar

12. “With courage, you will dare to take risks, have the strength to be compassionate, and the wisdom to be humble. Courage is the foundation of integrity.” – Keshavan Nair

13. “Courage conquers all things. It even gives strength to the body.” – Ovid

14. “Courage cannot be left like bones in a bag. It must be brought out and shown the light, again and again, growing stronger each time. If you think it will keep for the times you need it, you are wrong. It is like any other part of your strength. If you ignore it, the bag will be empty when you need it most.” – Conn Iggulden

15. “It takes courage to examine your life and to decide that there are things you would like to change, and it takes even more courage to do something about it.” – Sue Hadfield

16. “True courage is being afraid, and going ahead and doing your job anyhow, that’s what courage is.” – Norman Schwarzkopf

18. “In all realms of life, it takes courage to stretch your limits, express your power, and fulfill your potential.” – Suze Orman

19. “Courage is being scared to death and saddling up anyway.” – John Wayne

21. “Courage is like a muscle. We strengthen it by use.” – Ruth Gordon

22. “Have the courage to act instead of react.” – Oliver Wendell Holmes

23. “Fear is a reaction. Courage is a decision.” – Winston Churchill

25. “One man with courage is a majority.” – Thomas Jefferson

26. “Courage is the ladder on which all the other virtues mount.” – Clare Boothe Luce

30. “Courage is risking the known for the unknown, the familiar for the unfamiliar.” – Osho

31. “With enough courage, you can do without a reputation.” – Margaret Mitchell

Positive Courage Quotes to Help You Overcome Your Fears

32. “Courage is resistance to fear, mastery of fear—not the absence of fear.” – Mark Twain

33. “Courage is never to let your actions be influenced by your fears.” – Arthur Koestler

34. “I learned that courage was not the absence of fear but the triumph over it. The brave man is not he who does not feel afraid but he who conquers that fear.” – Nelson Mandela

35. “Courage is not the absence of fear but rather the assessment that something else is more important than fear.” – Franklin D. Roosevelt

37. “Courage is not something that you already have that makes you brave when the tough times start. Courage is what you earn when you’ve been through the tough times, and you discover they aren’t so tough after all.” – Malcolm Gladwell

38. “Courage to me is doing something daring, no matter how afraid, insecure, intimidated, alone, unworthy, incapable, ridiculed, or whatever other paralyzing emotion you might feel. Courage is taking action no matter what. So you’re afraid? Be afraid. Be scared silly to the point you’re trembling and nauseous, but do it anyway!” – Richelle E. Goodrich

39. “Courage is contagious. When a brave man takes a stand, the spines of others are often stiffened.” – Billy Graham

40. “I beg you take courage; the brave soul can mend even disaster.” – Catherine the Great

41. “He who is not courageous enough to take risks will accomplish nothing in life.” – Muhammad Ali

Courage Quotes to Live By

42. “You have to accept whatever comes, and the only important thing is that you meet it with courage and with the best that you have to give.” – Eleanor Roosevelt

43. “If you are lucky enough to find a way of life you love, you have to find the courage to live it.” – John Irving

44. “Keep your fears to yourself, but share your courage with others.” – Robert Louis Stevenson

46. “Your time is limited, so don’t waste it living someone else’s life. Don’t be trapped by dogma – which is living with the results of other people’s thinking. Don’t let the noise of others’ opinions drown out your own inner voice. And most important, have the courage to follow your heart and intuition. They somehow already know what you truly want to become. Everything else is secondary.” – Steve Jobs

47. “Have the courage to be who you are, not what people expect you to be.” – David Goggins

Meaningful Courage Quotes That’ll Motivate You to Follow Your Heart

48. “It takes courage for a person to listen to his own goodness and act on it.” – Pablo Casals

49. “Courage is the price that life exacts for granting peace.” – Amelia Earhart

51. “Real courage is doing the right thing when nobody’s looking. Doing the unpopular thing because it’s what you believe, and the heck with everybody.” – Justin Cronin

52. “God grant me the courage not to give up what I think is right even though I think it is hopeless.” – Chester W. Nimitz

54. “There are no easy answers, but there are simple answers. We must have the courage to do what we know is morally right.” – Ronald Reagan

More Courage Quotes That You Need to Read Today

55. “True courage is not the brutal force of vulgar heroes, but the firm resolve of virtue and reason.” – Alfred North Whitehead

56. “He who loses wealth loses much; he who loses a friend loses more, but he that loses his courage loses all.” – Miguel de Cervantes

57. “Courage is the hallmark of spirituality. Courage comes when you love yourself for who you are.” – Amit Ray

58. “How few there are who have courage enough to own their faults, or resolution enough to mend them.” – Benjamin Franklin

59. “Have the courage to take your own thoughts seriously, for they will shape you.” – Albert Einstein

60. “My message, especially to young people, is to have the courage to think differently, courage to invent, to travel the unexplored path, courage to discover the impossible, and to conquer the problems and succeed. These are great qualities that they must work towards. This is my message to the young people.” – A. P. J. Abdul Kalam

Do You Believe That You Have the Courage to Face Your Fears?

There’s no denying that life is scary. The world is filled with so many uncertainties and negative things that sometimes, we’re filled with hesitation and fear. We don’t want to move forward because we don’t know what our actions or decisions will entail, but life will just pass us by if we are like this.

This is why we have to have courage when living life. With its help, we move beyond our fears and face them. Courage, after all, equips us with the strength and confidence we need to deal with life head-on.

So, let’s always remind ourselves that fear will only hold us back. We have to move beyond our comfort zones constantly to enjoy new possibilities and all the beautiful things that life has to offer. Don’t hesitate and believe that you have the ability to conquer whatever curveball you’re thrown.

We hope this list of courage quotes was able to boost your confidence and help you become braver. Life will never be easy, so make sure you are armed with courage every day!

Do you think you’re courageous enough to conquer life? Which quotes were relevant to you? Please, comment below.