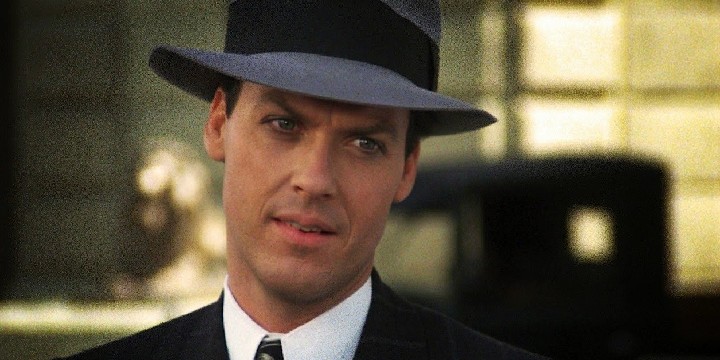 If you’d like to have a good laugh while learning essential life lessons, this list of Johnny Dangerously quotes is the one you’re searching for!

This 1984 crime comedy movie tells the story of Johnny Kelly—a man who accepted a job offer from a local crime boss to fund his mother’s operation. His crime money was then used to finance his mother’s medication and his brother’s tuition for law school. But, he was framed for murder and was sentenced to die in an electric chair.

Through this, we see how detrimental immoral deeds are to our lives. Life is hard, but we should never take a shortcut. Most of the time, it’ll just lead us to regret and pain.

This is indeed a fundamental lesson we can all learn from Johnny Dangerously.

If you can relate to Johnny Kelly, read these quotes from the movie that will surely lead you to the right path!

And don’t forget to check out these Real Genius quotes and Raising Arizona quotes.

1. “Dames are put on this earth to weaken us, drain our energy, laugh at us when they see us naked.” – Danny Vermin

Lil Sheridan: “Did you know your last name is an adverb?”

4. “Bless the saints! It’s an ashtray! I’ve been thinking of taking up smoking, this clinches it.” – Ma Kelly

5. “Diversification. Yes, sir. We’re constantly exploring new and exciting areas of crime. And I tell ya somethin’. We better, because there are a couple of Japanese gangs out there that are going to do it faster and cheaper.” – Johnny Kelly

6. “I would like to direct this to the distinguished members of the panel: You lousy cork-soakers. You have violated my farging rights. Dis somanumbatching country was founded so that the liberties of common patriotic citizens like me could not be taken away by a bunch of fargin’ ice holes—like yourselves.” – Roman Troy Moronie

Johnny Kelly: “Yeah? Well, that makes two of us.”

Johnny Dangerously Quotes That Will Forever Be Remembered

9. “You really shouldn’t shoot me, Johnny. My grandmother once shot me, once.” – Danny Vermin

10. “And you know, for you kids out there who are thinkin’ about smokin’, don’t start. And if you started, stop. Smokin’ doesn’t make you look tough, kids. It makes you look stupid. If you gotta put something in your mouth, make it a stick of chewing gum. Sure, that’s what Johnny does. Smoking is the worst thing you can do to your body.” – Johnny Kelly

11. “I’ve been fulfilling a lot of people’s prophecies about me. I’ve become a real scumbag.” – Danny Vermin

12. “You shouldn’t grab me, Johnny. My mother grabbed me once. Once.” – Danny Vermin

Johnny Kelly: “Binzerhoff? Perfect. Keep that name and you’ll stay out of trouble.”

19. Danny Vermin: “I enjoy collecting protection money, putting wh*res to work, and loan-sharking. I enjoy planting bombs in people’s cars. These are a few of my favorite things.”
Johnny Kelly: “You know, Danny, I think you get too much sugar in your diet.”

Mary Margaret Catharine Dineen: “One at a time, or both of you together?”

Dutch: “It’s for the handicapped.”

Danny Vermin: “It shoots through schools.”

25. “Okay, you and the rest of your bastages can gamble, but don’t try no fargin’ tricks, otherwise you wind up with you bells in a sling.” – Roman Troy Moronie

How Far Would You Go to Solve Money-Related Problems?

Today, crime levels are increasing in every corner of the world. Most of the crimes we see in the news could have been avoided if only every person in the world was given an equal opportunity to thrive. Sadly, the world doesn’t work that way; in society, it’ll always be survival of the fittest.

In the movie, Johnny Dangerously had to live a life doing immoral deeds because he saw no other way to earn the amount needed for his mother’s operation. This was the start of a downward spiral, and in the end, his and his brother’s lives were put at risk.

No matter how pure our intention to commit a crime is, it will never be a good decision. It will lead us nowhere! Worse, our actions may even put our loved ones and us in danger.

With that being said, we hope that this collection was able to awaken your ability to discern right from wrong. Always remember to stay kind and honest in everything you do. In the end, this will lead to something better!