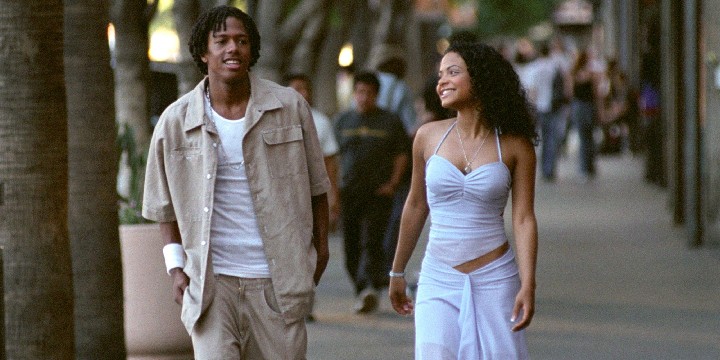 These Love Don’t Cost a Thing quotes will make you reflect on whether fame is worth more than love.

Love is complicated, but it’s especially so if you’re young, hopeful, and naive. In Love Don’t Cost a Thing, we see Alvin struggle to balance his popularity and relationship with Paris. In the beginning, Alvin’s your typical nerd but gets a chance to help Paris, his crush, when her car needs fixing.

He soon skyrocketed to fame in school, but it also confused him about what he really wanted. Does he want to be the school’s popular guy, or does he want to be with Paris and his true friends?

Join us as we unravel Alvin’s realizations and how Paris and the rest of his friends help him out of his predicament. We’ve gathered the best quotes from the movie, which are listed below.

And make sure to check out these A Cinderella Story quotes and Never Been Kissed quotes.

1. “Popularity is so much better than being a social leper. Popularity is a job, Al, not a privilege. It’s nothing but work and worries. Work to get in. Work to stay in. Get a clue.” – Paris Morgan

2. “We’ll break up first thing tomorrow morning in the hallway, so everyone can see. I mean make a big scene, but a dignified scene ’cause you know we got to protect our reps.” – Alvin Johnson

6. Paris Morgan: “Look, Al, I think you’re starting to feel yourself a little too much.”

Alvin Johnson: “I do not do that! Who told you that, Walter? My mother said you’ll go blind!”

7. Paris Morgan: “You know, Al. There’s something we’ve been avoiding all day. Something I think maybe we oughta do.”

Alvin Johnson: “I think you’re right. This may sound kinda silly. How do we do it?”

Walter Colley: “Well then, God, I don’t have that problem. Holler at ya boy.”

Kenneth Warman: “I’m not touching that.”

Alvin Johnson: “You know what? Lil’ biscuit-head is right.”

Kenneth Warman: “Could be Asian?”

Kenneth Warman: “Yeah that’s how hot she is!”

Walter Colley: “He cleans her pool. Well, I wanna clean pools now if I get to hang out with Paris Morgan. And, I’ll clean the bathtub, too.”

Would You Choose Fame Over Love?

In Love Don’t Cost a Thing, Alvin got a taste of what it was like to be the most popular guy in school. Girls were fawning over him, and all the boys wanted to be his friend. However, in the process, he alienated himself from his true friends and the one he loved, Paris.

Luckily, he realized his mistake before it was too late. Alvin defended one of his friends from basketball players, and this was his redemption. His friends forgave him for what he did, and Paris knew he was back to the boy she fell in love with.

Alvin’s realization in Love Don’t Cost a Thing is something we can all take to heart. There will be a lot of temptations that will force us to become someone we’re not. But, remember that the only right way to live is by being honest with yourself.

Don’t become someone you’re not because the people who will stand by you are those who will accept you for who you are. You don’t need to change or gain influence to be loved. So, whenever you need a reminder of these facts, read this list of quotes again!