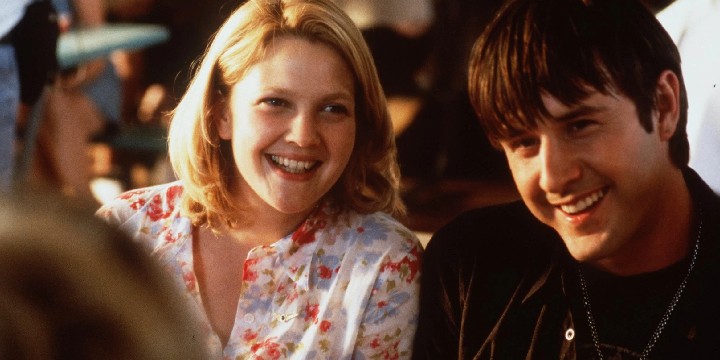 Read these Never Been Kissed quotes we’ve rounded up to gain meaningful insights on love and honesty in relationships.

Many people say that love comes in all shapes and sizes. They also say love can be found in the most unexpected places. These sayings are precisely what we see and experience in the movie, Never Been Kissed.

In this 1999 movie, Josie, played by Drew Barrymore, goes undercover in her old high school to get the scoop on contemporary teenage culture. She’s now a junior copywriter at the Chicago Sun-Times and wants to do everything she can to ace her assignment.

But, as the saying goes, you’ll never know when love will come. While undercover, Josie, as a student, falls in love with the English teacher, Sam. Indeed, this was the start of many twists and turns in the movie we all love.

Read on if you want to know more about the plot, Josie, and her love life. We’ve got the most iconic quotes just for you.

And don’t forget to check out these A Cinderella Story quotes and Love Don’t Cost a Thing quotes.

2. Josie Geller: “That thing, that moment, when you kiss someone, and everything around becomes hazy, and the only thing in focus is you and this person, and you realize that that person is the only person that you’re supposed to kiss for the rest of your life, and for one moment you get this amazing gift, and you want to laugh, and you want to cry because you feel so lucky that you found it and so scared that—that it will go away all at the same time.”

Cynthia: “Damn, girl. You are a writer.”

3. “Sex can be fun—when you’re old enough, which none of you are. I should know. When you lose it to some guy named Junior with bad breath in the back of a van at a Guns N’ Roses concert, you’re gonna wish you had listened to your mother when she said, ‘They’re not gonna want to buy the whole friggin’ ice cream truck when you’re handing out the popsicles for free!’ So, any questions?” – Anita

4. Josie Geller: “The right guy, he’s out there. I’m just not gonna go kiss a whole bunch of losers to get to him.”

Anita: “Yeah, but you know what? Sometimes kissing losers can be a really fun diversion.”

5. Sam Coulson: “All I can tell you is that when you’re my age, guys will be lined up around the corner for you.”

Josie Geller: “You have to say that because you’re my teacher.”

Sam Coulson: “Actually, I shouldn’t say that because I’m your teacher.”

6. “Let me tell you something, I don’t care about being your stupid prom queen. I’m 25 years old. I’m an undercover reporter for the Chicago Sun-Times, and I’ve been beating my brains out trying to impress you people. Let me tell you something Gibby, Kirsten, Kristin, you will spend your lives trying to keep others down because it makes you feel more important. Why her? Let me tell you about this girl, she is unbelievable. I was new here, and she befriended me, no questions asked. But you, you were only my friend after my brother, Rob, posed as a student and told you to like me. All of you people, there is a big world out there—bigger than prom, bigger than high school—and it won’t matter if you were the prom queen, the quarterback of the football team, or the biggest nerd in school. Find out who you are and try not to be afraid of it.” – Josie Geller

7. “All you need is for one person to think you’re cool, and you’re in. Everyone else will be scared to question it.” – Rob Geller

8. “Somebody once said, ‘To write well, you have to write what you know.’ Well, here is what I know.” – Josie Geller

Never Been Kissed Quotes to Revisit

9. “Wow, that was just like Carrie! I thought she was gonna kill us all.” – Rob Geller

13. Gibby Zerefski: “What is the one thing that could ruin my senior prom?”

Kristin Davis: “That you would trip on your Barbie heels and I’d be named prom queen. Did I just say that out loud?”

15. P.E. Teacher: “Now, you are gonna complete these sprints, because if you don’t, you fail. And if you fail gym, you’ll never get into college.”

Josie Geller: “You guys are still telling that lie?”

17. “Rob, you’re not going to believe it. I made friends with a whole table of Rastafari. Not just one, a whole table. You know what’s a weird word? Fork. Oh my God, someone ate my entire pie! I don’t know how that happened!” – Josie Geller

Never Been Kissed Quotes That Are Overflowing With Sweetness

18. Josie Geller: “You know, Adelie penguins, they spend their whole lives looking for that one other penguin, and when they meet them, they know. And they spend the rest of their lives together.”

Josie Geller: “Excuse me. I have to go die now.”

Josie Geller: “I know what you mean.”

Josie Geller: “You did. You said, and I quote, ‘Tonight I have a date with Roger from Op/Ed, and I’m gonna do it with him.’”

More Never Been Kissed Quotes for Lines You Can Relate To

Josie Geller: “Oh my gosh. I went there.”

Josie Geller: “To go to the bathroom once. They have really nice facilities.”

23. “I’m just a little tense. This whole office is not Feng Shui. All the desks are facing evil.” – Merkin

Guy Perkins: “Are you in special-ed? I mean, are you?”

Gibby Zerefski: “You totally just said that out loud.”

Anita Olesky: “Oooh. I like a man who gets right to the point!”

Sam Coulson: “Are you Pam?”

Anita Olesky: “If you say so!”

Sam Coulson: “Okay, class, this is Pam; she is going to lead us today in our Sex Talk.”

Do You Think Honesty Is the Main Foundation of Any Relationship?

When you’re in a relationship with someone, it’s expected that you’re honest with them about everything. However, what happens if your very identity is a lie to them? This is the dilemma that Josie faced in Never Been Kissed.

In the movie, everything started as a job, but we can’t deny that it was dishonest in itself. Lies and dishonesty will never bring you happiness and joy, no matter how unintentional. This is why Josie had a hard time finishing her assignment for the Chicago Sun-TImes.

Lies will build up. So, before it reaches that point, make sure to come clean. Even better, make sure that you’re genuine and honest about everything from the first day to the last.

You’ll never have peace and a genuine connection if your relationship is built on lies. So, while Josie had a happy ending, make sure you never follow the same path in real life, where you start with something that’s not true. Remember the saying, “Honesty is the best policy!”