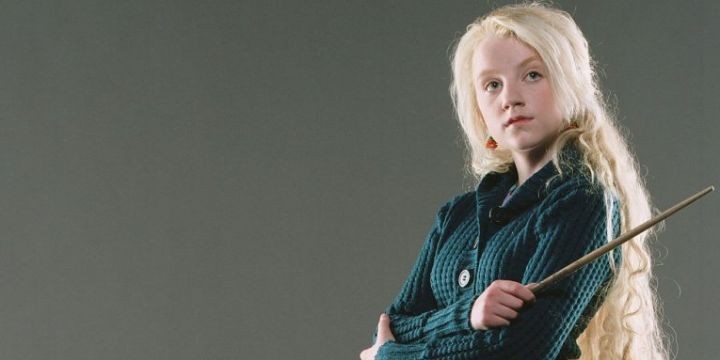 Whenever you feel down because of others’ judgments, read these Luna Lovegood quotes we’ve compiled and instantly lift your mood!

Harry Potter is a game changer when it comes to fictional works, both in terms of novels and movies. However, though the franchise is mainly anchored on Harry and his two friends, Hermione and Ron, there’s no denying the impact the rest of the characters had. In fact, Harry Potter wouldn’t be Harry Potter without the introduction of Luna Lovegood.

Luna is a witch who her classmates see as a loner. However, it’s not out of choice. Luna Lovegood would love some friends to accompany her, but many people avoid her because of her eccentric personality.

Despite this, Luna remains optimistic and does her best to help out Harry Potter. Eventually, she learned to be more fearless and became friends with many people.

To know more about Luna Lovegood, read the quotes we’ve gathered below. We’re positive you’ll be amazed by her wit, intelligence, and fearless nature!

And make sure to check out these Harry Potter quotes and Albus Dumbledore quotes.

2. “Being different isn’t a bad thing. It means you’re brave enough to be yourself.”

3. “My mum always said things we lose have a way of coming back to us in the end. If not always in the way we expect it.”

4. “Always be yourself because if you’re not yourself, who are you? Someone else? Therefore, not being you at all.”

5. “They think I’m a bit odd, you know. Some people call me ‘Loony Lovegood’ actually.”

6. “I enjoyed the meetings, too. It was like having friends.”

8. “I think the answer is that a circle has no beginning.”

9. “You won’t find it where you’re going; you’re wasting your time.”

10. Luna Lovegood: “We believe you, by the way. That He-Who-Must-Not-Be-Named is back, and you fought him, and the Ministry and the Prophet are conspiring against you and Dumbledore.”

Harry Potter: “Thanks. Seems you’re about the only ones that do.”

Luna Lovegood: “I don’t think that’s true. But I suppose that’s how he wants you to feel.”

Harry Potter: “What do you mean?”

Luna Lovegood: “Well if I were You-Know-Who, I’d want you to feel cut off from everyone else. Because if it’s just you alone you’re not as much of a threat.”

11. “I’ve interrupted a deep thought, haven’t I? I can see it growing smaller in your eyes.”

12. “All my shoes somehow magically disappeared. But I’m not concerned. They’ll show up sometime—even when you least expect it.”

13. “We should close his eyes, don’t you think? There. Now he could be sleeping.”

16. “You have to wait for somebody who gets it right. That way, you learn. You see?”

Interesting Luna Lovegood Quotes to Get to Know Her Better

17. “I’ve never been to this part of the castle. At least, not while awake—I sleepwalk, you see. That’s why I wear shoes to bed.”

19. “You can laugh! But people used to believe there were no such things as the Blibbering Humdinger or the Crumple-Horned Snorkack!”

20. “They’ll come back; they always do in the end. It was just that I wanted to pack tonight.”

22. “I think I’ll just go down and have some pudding and wait for it all to turn up—it always does in the end.”

23. “Would you like me to fix it for you? Personally, I think you look a little more devil-may-care this way, but it’s up to you.”

24. “Muggles think these keep away evil, but they’re wrong.”

25. “There are other ways of flying than with broomsticks.”

27. “A Wrackspurt—they’re invisible. They float in through your ears and make your brain go fuzzy. I thought I felt one zooming around in here.”

28. “I’ve never stunned anyone except in our D.A. lessons. That was noisier than I thought it would be.”

29. “Harry Potter! You listen to me right now! Don’t you remember what Cho said about Rowena Ravenclaw’s diadem? There’s not a person alive who’s seen it. It’s obvious, isn’t it? You have to talk to someone who’s dead.”

Luna Lovegood: “We fly, of course.”

Were You Able to Relate to Luna Lovegood’s Experiences?

Maintaining a positive outlook on life is hard when all you’re surrounded by are the negatives. Even though that’s the case, Luna Lovegood remains optimistic, kind, and ready to help.

Luna is so unapologetically herself, which is one of the things that make her so admirable. She has a unique sense of individuality and has her own beliefs regarding friendship, loyalty, and life. She’s so different from everyone else, but it only makes her stand out so much more!

She is fearless, comfortable in herself and her quirks, and always ready to extend a helping hand to others. These are only a few of the most striking qualities Luna Lovegood will be forever remembered by.

Life is tough, and the people around you won’t always make the situation better. So, don’t depend on others for your happiness. Look to yourself, accept every bit of your quirks, and be the positive light that helps people become better versions of themselves!