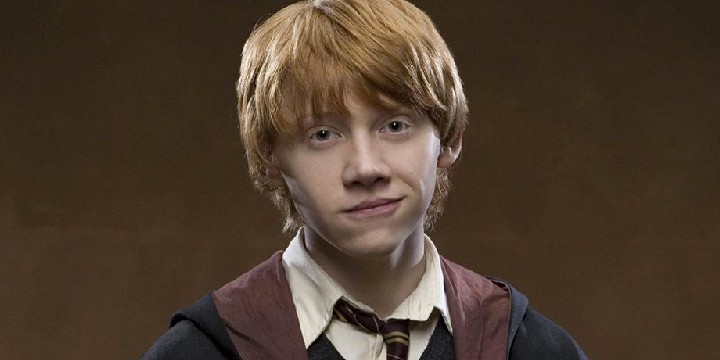 Allow these Ron Weasley quotes to accompany you as you discover your true self and genuine friends!

Comparing yourself to another is, sadly, inevitable. Being part of a big family, Ron Weasley constantly struggled with being compared to his older brothers. This is a big part of what made his character so relatable.

We can ask the questions, “Who am I supposed to be?” and “Who are my true friends?” and not find the answers right away. But, if we stay true to ourselves, we’ll eventually find people who will accept us for who we are and even guide us toward the path of finding ourselves.

That’s why, in a society where true companionship is hard to come by, it is essential to find genuine friends who will stand with you through the ins and outs of life. Ron’s personality is unique, but he didn’t need to change himself to find people who would support him.

From making silly jokes to being a grown-up, Ron Weasley encourages us to be brave for the people that we love. Even with doubts, we can muster the strength if we know where to look for it—from friends, family, and even lovers. So, to help you move onward and strive for the best, we’ve gathered quotes that will steer you in the right direction.

And don’t forget to check out these Harry Potter quotes and Hermione Granger quotes.

1. “One person can’t feel all that at once; they’d explode.”

2. “The house-elves—we should tell them to get out. We don’t want any more Dobbies, do we? We can’t ask them to die for us.”

4. “It’s a damn sight harder making stuff up when you’re under stress than you’d think.”

6. “Why spiders? Why couldn’t it be ‘Follow the butterflies?”

9. “I forgot we’ll be hunting down Voldemort in a mobile library.”

10. “I wasn’t looking at its feet. I was a bit preoccupied with its heads—or maybe you didn’t notice? There were three!”

Ron Weasley Quotes That Zoom in on Friendship and Loyalty

Short Ron Weasley Quotes to Revisit His Most Iconic Lines

17. “Percy wouldn’t recognize a joke if it danced naked in front of him wearing Dobby’s tea cozy.”

18. “If you’re not in Gryffindor, we’ll disinherit you, but no pressure.”

19. “Can you believe our luck? Of all the trees we could’ve hit, we had to get one that hits back.”

20. “And from now on, I don’t care if my tea leaves spell ‘Die, Ron, Die’—I’m just chucking them in the bin where they belong.”

24. “You asked us a question, and she knows the answer! Why ask if you don’t want to be told?”

Ron Weasley Quotes That Highlight His Affection for Hermione Granger

30. “You’re a little scary sometimes; you know that? Brilliant—but scary.”

31. “Hermione, you are honestly the most wonderful person I’ve ever met, and if I’m ever rude to you again—.”

32. “She’s gone mental, Hermione has. I mean, not that she wasn’t always mental, but now it’s out in the open for everyone to see!”

34. “His life’s ambition is to have his head cut off and stuck up on a plaque like his mother. Is that normal, Hermione?”

Ron Weasley Quotes for Those Who Need Advice Like Neville Longbottom

35. “Blimey, Neville. There’s a time and a place for getting a smart mouth.”

36. “You have got to start standing up to people, Neville.”

37. “Longbottom, if brains were gold, you’d be poorer than Weasley, and that’s saying something.”

38. “And that’s the second time we’ve saved your life tonight, you two-faced bastard.”

40. “I want to fix that in my memory forever. Draco Malfoy, the amazing bouncing ferret.”

Did These Ron Weasley Encourage You to Find Your Safe Space in the Comfort of Your Friends?

Like Ron, we can be anything we want as long as we know where to look. In his case, he focused his attention on fighting for Hogwarts along with his best of friends.

Even though he felt somewhat out of place initially, he did find another family in the form of Harry and Hermione. Of course, this is possible for us too! In overcoming the past and burdens that we carry, we will meet people along the way that can understand us.

Of course, hardships and obstacles are inevitable. But, there is no need to be afraid because we are not alone in our fight. There are people around us who are willing to cheer and root for us to win!

With that, we wish that these Ron Weasley quotes were able to ignite your heart with a burning passion for fighting for those you love. True friends who turn into family are indeed a treasure. So, if you have already found yours, treasure them and do everything you can to keep them by your side!

What did you learn from Ron Weasley? Are there any other quotes you’d like us to add? Join the discussion below.