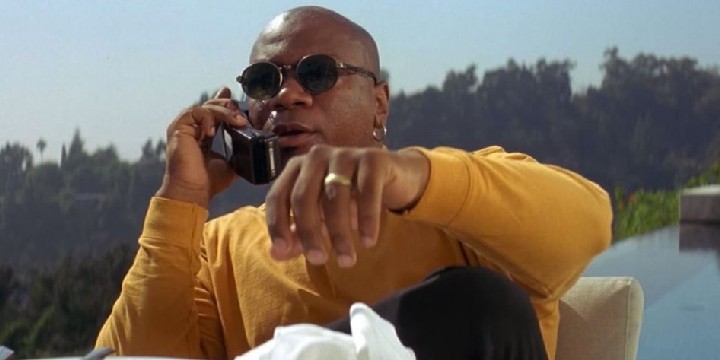 We’ve rounded up our favorite Marsellus Wallace quotes that will teach you a thing or two about thriving in life!

Marsellus Wallace is a ruthless criminal boss who will kill anyone who dares to cross him. He was portrayed by Ving Rhames in the 1994 movie, Pulp Fiction. He doesn’t get much screen time, but when he does, he delivers a slew of life lessons that you wouldn’t expect from a gangster.

Though some people only saw him as a ruthless boss with anger management problems, he shows that he isn’t all that bad. This was evident when he forgave and pushed Butch to change jobs to live a better life. It goes to show that even sinners have goodness in their hearts.

Let us not indulge in passing judgment on others because you never know where they are coming from. They may be a sinner, but who are we to judge them when we are all sinners in the first place? If you want to be inspired and if you enjoyed his character in the movie, then add these Marsellus Wallace quotes to your must-read list right now!

And don’t miss out these Pulp Fiction quotes and Mia Wallace quotes.

3. “Butch, right now you got ability. But painful as it may be, ability doesn’t last.”

4. “I think you gonna find—when all this sh*t is over and done—I think you’re gonna find yourself one smilin’ motherf*cker.”

5. “And your days are just about over. Now, that’s a hard motherf*cking fact of life. But that’s a fact of life your *ss is gonna have to get realistic about.”

Marsellus: “Oh, that ‘what now.’ I will tell you what now between me and you. There is no ‘me and you.’ Not no more.”

8. “The beauty is over, never expect your *ss to age like wine.”

9. “The night of the fight, you may feel a slight sting. That’s pride f*cking with you.”

10. “What now? Let me tell you what now. I’m gonna call a couple of hard, pipe-hitting f*cks to go to work on the homes here with a pair of pliers and a blow torch.”

11. “You see, this profession is filled to the brim with unrealistic motherf*ckers. Motherf*ckers who thought their *ss would age like wine. If you mean it turns to vinegar, it does. If you mean it gets better with age, it doesn’t.”

12. “Boxers don’t have an ‘old timer’s league.’ You came close, but you never made it, and if you were gonna make it, you would have made it before now.”

13. “Fight through that sh*t. ‘Cause a year from now, when you’re kickin’ it in the Caribbean you’re gonna say, ‘Marsellus Wallace was right.’”

14. “Besides, even if you went all the way, what would you be? Feather-weight champion of the world. Who gives a sh*t? I doubt you can even get a credit card based on that.”

Marsellus Wallace Quotes That Highlight His Role as a Gang Leader

21. “I’m prepared to scour the Earth for that motherf*cker.”

22. “Vincent Vega has entered the building, get your *ss over here!”

25. “You ain’t got no problem, Jules. I’m on the motherf*cker. Go back in there, chill them n*gg*rs out and wait for the wolf who should be coming directly.”

More Marsellus Wallace Quotes for You to Enjoy

Marsellus: “Yeah, we cool. Two things: one, don’t tell nobody about this. This sh*t is between me, you, and Mr. soon-to-be-living-the-rest-of-his-short-*ss-life-in-agonizing-pain rapist here. It ain’t nobody else’s business. Two, you leave town tonight, right now, and when you gone, you stay gone or you be gone. You lost all your L.A. privileges. Deal?”

Did You Get a Glimpse Into the Morals That Pulp Fiction Has to Offer Through These Quotes?

Aside from the negative public perception of gangs, joining one puts your life in danger. But, Marsellus Wallace is more than just a gang member; he is a leader who looks after his organization. He leads the pack and makes sure that his people’s lives and transactions go as smoothly as possible.

Despite his status as a gang leader, he also knows how to motivate others. He knows what makes others tick and pushes them to achieve their best and happiest selves. From his quotes, we know that Marsellus Wallace is someone who doesn’t want people wasting their lives on something they don’t deserve or those that don’t ignite their passions.

Always keep in mind that life is not permanent. You should do things you enjoy while you still have the chance. We hope these Marsellus Wallace quotes were able to inspire you to think about your future and what will genuinely make you thrive.

Which of these Marsellus Wallace quotes resonated with you the most? Do you have any more quotes you’d like to share? Please, leave them in the comments section below.