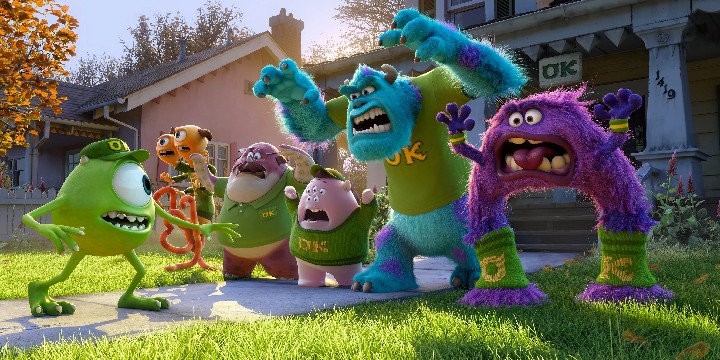 Here are 30 Monsters University quotes that will fire up your desire to build a great team and find lifelong friends!

This 2013 animated movie is a prequel to our beloved Monsters, Inc., released in 2001. Monsters University zooms in on the backstory of Mike Wazowski and Sulley’s friendship, how they got into scaring, and what they learned during their school days.

In the original Pixar release, Monsters, Inc., we saw just how good their friendship is. However, in this movie, it’s just the opposite. When Mike and Sulley were in university, they had a fierce rivalry.

MIke’s childhood dream was to become a top scarer, but he wasn’t made for it; for Sulley, he was simply born with talent. Our two beloved characters fight and eventually get kicked out of school. So, to make things right, Mike and Sully had to learn how to work together and complement each other’s flaws.

If you’re curious about how two rivals became the best of friends, read on. We have only the best Monsters University quotes in this collection.

And don’t forget to check out these Monsters Inc. quotes and Coraline quotes.

1. “Scariness is the true measure of a monster. If you are not scary, what kind of a monster are you?” – Dean Abigail Hardscrabble

2. Johnny J. Worthington III: “Enjoy the attention while it lasts, boys. After you lose, no one will remember you.”

Mike Wazowski: “Maybe. But when you lose, no one will let you forget it.”
Chet Alexander: “Oh, boy. That is a good point.”

Mike Wazowski: “You know, for the first time in my life, I don’t really have a plan.”

James P. Sullivan: “You’re the great Mike Wazowski. You’ll come up with something.”

Mike Wazowski: “I think it’s time I leave the greatness to other monsters. I’m okay, just being okay. So long, Sull.”

4. James P. Sullivan: “That was you! You think I could have done that without you? I didn’t even bring a pencil on the first day of school! Mike, you’re not scary, not even a little, but you are fearless! And if Hardscrabble can’t see that, then she can just—.”

Dean Abigail Hardscrabble: “I can just what? Careful, Mr. Sullivan. I was just warming up to you.”

Dean Abigail Hardscrabble: “Well, gentlemen. It seems you made the front page again. The two of you did something together that no one has ever done before, you surprised me. Perhaps I should keep an eye out for more surprises like you in my program, but as far as the two of you are concerned, there is nothing I can do for you now. Except, perhaps, wish you luck. And Mr. Wazowski, keep surprising people.”

5. Dean Abigail Hardscrabble: “And, Mr. Wazowski, what you lack is something that cannot be taught. You’re not scary. You will not be continuing in the Scare Program.”

Mike Wazowski: “Please, let me try the Simulator. I’ll surprise you.”
Dean Abigail Hardscrabble: “Surprise me? I doubt that very much.”

6. “The team of Wazowski and Sullivan are going to change the world starting today.” – Mike Wazowski

7. “Mike, I don’t know a single scarer who can do what you do. I know everyone sees us together, they think I’m the one running the show, but the truth is I’ve been riding your coattails since day one! You made the deal with Hardscrabble! You took a hopeless team, and made them champions! All I did was catch a pig!” – James P. Sullivan

Mike Wazowski: “Monsters like you have everything! You don’t have to be good! You can mess up all over and over again, and the whole world loves you!”

Mike Wazowski: “You’ll never know what it’s like to fail because you were born a Sullivan!”

James P. Sullivan: “Yeah, I’m a Sullivan! I’m the Sullivan who flunked out of every test! The one who got kicked out of the program, and the one who was so afraid of letting everyone down that I cheated and I lied! Mike, I’ll never know how you feel, but you’re not the only failure here. I act scary, Mike, but most of the time, I’m terrified.”

Mike Wazowski: “How come you never told me that before?”

James P. Sullivan: “Because we weren’t friends before.”

9. “Just reach deep down and let the scary out!” – James P. Sullivan

13. Mike Wazowski: “Squishy. We’re not gonna lose, because we have everything we need to win right here.”

Monsters University Quotes That Are So Nostalgic

James P. Sullivan: “I was just trying to help!”

Mike Wazowski “No! You just wanted to help yourself!”

James P. Sullivan: “Well, what else was I supposed to do? Let the whole team fail because you don’t have it?”

17. Mike Wazowski: “My chances are just as good as yours.”

James P. Sullivan: “You’re not even in the same league with me.”

18. Art: “Of all the sewers in this school, this one has always been my favorite.”

Art: “I have a life outside the house, you know!”

Claire Wheeler: “They’re crazy dangerous, so anything could happen.”

Brock Pearson: “A bunch of guys went to the hospital last year!”

Claire Wheeler: “You could totally die.”

Brock Pearson: “And it’s worth it! You get a chance to prove that you are the best!”

Mike Wazowski: “Not at all; I’ve been waiting for this day my whole life.”

Don Carlton: “Don’t worry, Scott. I don’t want you to think of me as your new dad. After all, we’re fraternity brothers first.”

Scott Squibbles: “This is so weird.”

Don Carlton: “Just think of me as your big brother that’s marrying your mother. Wait, hold on, we’re brothers who share the same mom slash wife.”

Mike Wazowski: “You were right. They weren’t scared of me. I did everything right. I wanted it more than anyone. And I thought—I thought that if I wanted it enough, I could show everybody that Mike Wazowski is something special. And I’m just—not.”

Dean Abigail Hardscrabble: “I expect you off campus by tomorrow.”

Dean Abigail Hardscrabble: “You’re a disgrace to this university and your family name.”

More Monsters University Quotes to up Your Energy

28. The Yeti: “Alright, newbies. Quit goofing around. I’ll have you know that tampering with the mail is punishable by banishment.”

29. Mike Wazowski: “Thank goodness, Randy. My old friend, I really need you to be on my team.”

Randall Boggs: “Sorry, Mike. I’m already part of a team. They really liked my performance in the Final Exam that they accepted me into their team.”

Did You Enjoy Monsters University More Than the Original Movie?

In Monsters University, we get to have a glimpse of Mike and Sulley’s intense rivalry. So, in the university’s Scare Games, the two fiercely battled it out and tried their best to show off their talents and skills. However, as we all know, we have to learn to work with others at one point or another.

As the saying goes, “There’s no ‘I’ in ‘Team.’” No matter how good we are on our own, nothing will ever compare to our power and greatness if we work together with people who complement our skills.

Along the way, maybe we’ll build a friendship similar to the one Mike and Sulley have. So, always be open-minded, no matter how great you think you already are. There will always be people who will be as good as you—or even better.

With that, remember Mike and Sulley’s journey. The two weren’t always friends, but they learned how to work as a team through the ups and downs they experienced together. And, even better, they found lifelong friends in each other!