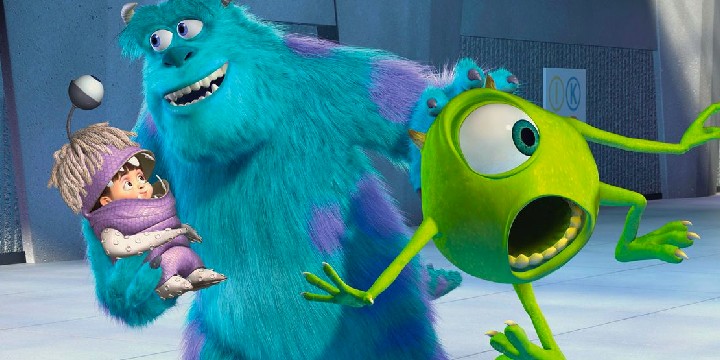 If you were born in the late 1990s or early 2000s, then we’re positive you’ll enjoy this collection of the most iconic Monsters, Inc. quotes we’ve prepared!

Have you ever wondered where our energy and electricity come from? In Monsters, Inc., their world gets the supply from human children’s screams. At the factory, monsters considered to be scarers travel to the human world to scare kids and harvest their screams.

These scarers are considered heroic because humans are believed to be toxic and dangerous in their world. So, imagine the surprise—and the terror—when a little girl, Boo, trespasses into their world!

Through this little mishap, Boo comes to know the best scarer, James P. Sullivan—or simply Sulley—and his friend, Mike. They work together to try to bring Boo back home. But, in the end, instead of being scared because of their differences, the trio became the best of friends.

If you’re curious about these monsters and their world, read on! We’ve collected our favorite quotes from this iconic movie.

And don’t forget to check out these Up quotes, Shrek quotes and Monsters University quotes.

James P. Sullivan: “That’s what I decided to call her. Is there a problem?”

Mike Wazowski: “Sulley, you’re not supposed to name it. Once you name it, you start getting attached to it.”

3. James P. Sullivan: “Hey, Mike, this might sound crazy, but I don’t think that kid’s dangerous.”

Mike Wazowski: “Really? Well, in that case, let’s keep it. I always wanted a pet that could kill me.”

5. “Kids these days. They just don’t get scared like they used to.” – Henry J. Waternoose III

6. “Oh, that’s great; blame it on the little guy. How original. He must’ve read the schedule wrong with his one eye.” – Mike Wazowski

Mike Wazowski: “Look, it’s not that I don’t care about the kid—.”

Mike Wazowski: “Yes, I do. I was just mad, that’s all. I needed some time to think, but you shouldn’t have left me out there.”

Mike Wazowski: “No, I’m not attacking you. I’m trying to be honest; just hear me out. You and I are a team. Nothing is more important than our friendship. I—I know, kid. He’s too sensitive. Come on, pal. If you start crying, I’m gonna cry, and I’ll never get through this. I’m sorry I wasn’t there for you, but I am now. Hey, Sulley, I am baring my soul here. The least you can do is pay attention!”

12. Randall Boggs: “Look at everybody’s favorite scarer now, you stupid, pathetic waste! You’ve been number one for too long, Sullivan! Now your time is up! And don’t worry; I’ll take good care of the kid!”

James P. Sullivan: “She’s not scared of you anymore.”

James P. Sullivan: “Looks like you’re out of a job.”

13. Mike Wazowski: “I think I have a plan here. Using mainly spoons, we dig a tunnel under the city and release it into the wild.”

Funny Monsters, Inc. Quotes to Embed in Your Brain

15. “I am so romantic. Sometimes I think I should just marry myself.” – Mike Wazowski

16. “Just the other day someone asked who was the most beautiful monster. You know what I said? I said, ‘Sulley?’” – Mike Wazowski

17. “You played dodgeball? I loved dodgeball! Of course, I was the ball.” – Mike Wazowski

18. “What about us? That thing is a killing machine! I bet it’s waiting for us to fall asleep, and then—bam! Oh, we’re easy prey, my friend. Easy prey! We’re sitting targets!” – Mike Wazowski

19. Mike Wazowski: “Can I borrow your odorant?”

Mike Wazowski: “How about Wet Dog?”

23. “Abominable! That’s what they called me! Don’t you think that’s a little harsh? I mean, how about the Adorable Snowman?” – Yeti

24. “Hey, that looks like Randall. Randall’s your monster. You think he’s gonna come out of the closet and scare you? Look, it’s empty. No monster in here. Okay, now there is. I’m not gonna scare you. I’m off duty.” – James P. Sullivan

25. “Milking a yak isn’t exactly a picnic, but once you pick the hairs out, it’s very nutritious.” – Yeti

26. “Monsters like you have everything! You don’t have to be good! You can mess up over and over again, and the whole world loves you!” – Mike Wazowski

27. Mike Wazowski: “Good morning, Roz, my succulent little garden snail. And who will we be scaring today?”

Mike Wazowski: “Oh, that darn paperwork! Wouldn’t it be easier if it all just blew away?”

29. “You expect me to believe that pack of lies, Mike Wazowski?” – Celia Mae

Henry J. Waternoose III: “I can’t do that, James. She’s seen too much. You both have.”

James P. Sullivan: “It doesn’t have to be this way.”

Beyond All the Screams, What’s the Lesson You’ve Learned From This Movie?

As always, Disney and Pixar do a great job of embedding meaningful life lessons in their movies. Albeit targeted at kids on the outside, Monsters, Inc. has an essential piece of wisdom we adults can live by.

In the movie, the monsters feared the human world because they thought they were toxic creatures. In the same way, humans were afraid of monsters because they creep in at night and scare them. However, everything’s just a big misunderstanding.

It’s just been blown up because of everyone’s false assumptions. Monsters thought humans were toxic because they were once infected with the bubonic plague through them, and humans thought monsters were scary because they made them scream.

However, through Boo, Sulley, and Mike, we learn that our assumptions are not always accurate. Before we believe in anything, we should take the time to do our own research, observe, and prove whether what others say is factual and correct.

So, the next time you’re presented with new information, reflect on it first. Don’t blindly believe it! If you need a reminder of this lesson, read our list of quotes again!