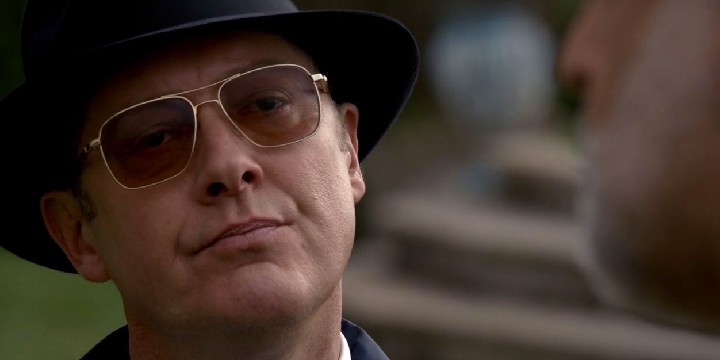 If you need quotes that will shift your perspective about life and morality, then these Raymond Reddington quotes are for you.

Raymond Reddington is the protagonist of the crime thriller series, The Blacklist. He is an intelligent and charming criminal mastermind who became a part of the FBI.

Despite being an outlaw and anti-hero, Reddington holds vast wisdom about morality and life. His words are inspiring and enlightening, which will help viewers to prepare for facing obstacles in the future. Moreover, his calm and relaxed personality is admirable, making fans want to be like him.

So, if you are interested in the smartest character of The Blacklist, then add this to your must-read list now. Our collection below contains the best lines from Raymond Reddington in the series, so be sure you don’t miss out!

And make sure to read these Criminal Minds quotes.

1. “There is nothing that can take the pain away, but eventually, you will find a way to live with it.”

2. “When you love someone, you have no control. That’s what love is. Being powerless.”

3. “Sins should be buried like the dead. Not that they may be forgotten, but we may remember them and find our way forward nonetheless.”

5. “Leadership is more than showing strength. It’s also about knowing when to show restraint.”

6. “You can’t judge a book by its cover. But you can by its first few chapters, and certainly, by its last.”

7. “I always found fear to be my most valuable sense.”

8. “Revenge isn’t a passion. It’s a disease that eats at your mind and poisons your soul.”

9. “So often people overestimate themselves, misapply their gifts. Wisdom is learning the boundaries of one’s designated lane.”

10. “Leave the past in the past, Tom. Nothing good comes from digging up secrets.”

11. “As you well know, one of the keys to my success is a clear and consistent understanding of my own limitations.”

13. “Forgiveness doesn’t mean accepting what you’ve done, Donald. It means understanding that the line dividing good and evil cuts through the hearts of all of us.”

14. “Make sure your passion isn’t your sickness.”

16. “Once you cross over, there are things in the darkness that can keep your heart from feeling the light again.”

17. “Life is far too important a thing ever to talk seriously about.”

19. “Time is the only thing that will allow you to find yourself again.”

20. “The world can be such an unsparingly savage place. One can be forgiven for believing that evil will triumph in the end.”

21. “What if I were to tell you that all the things you come to believe about yourself are a lie?”

23. “I had bullets. He had words. But when he was done talking for the first time, I truly understood which of those was more powerful.”

24. “I have found in my experience people rarely change. And when they do, they’re not to be trusted.”

26. “A man’s greatest enemy is the dark forces pent up within himself.”

27. “So many people find cemeteries to be a reminder of loss. I find them to be a fervent reminder to seize the day.”

Short Raymond Reddington Quotes That Are Full of Meaning

29. “You can’t possibly fathom how deep that well of mine truly goes.”

Raymond Reddington Quotes That Will Teach You About Morality

Raymond Reddington: “Because that’s what you do when someone’s dying in front of you.”

37. “Is it just me, or is the human race armed with religion, poisoned by prejudice, and absolutely frantic with hatred and fear, galloping pell-mell back to the Dark Ages? Who on Earth is hurt by a little girl going to school or a child being gay?”

38. “This is an end, and then, something new will begin. You deserve the best in life, Lizzie.”

39. “With survival, they became hideous. I’ve rarely thought about what I once was. But I wonder if a ray of light were to make it into the cave, would I be able to see it? Or feel it? Would I gravitate to its warmth? And if I did, would I become less hideous?”

40. “Meera was a casualty in a war that she didn’t even know she was fighting.”

41. “You know the problem with drawing lines in the sand? With a breath of air, they disappear.”

42. “The only thing that is real is the present, and you’ve plundered it, robbed it of the very geniuses that might have averted the dystopia you so fear.”

43. “Lawyers find and exploit loopholes. It’s what makes them so loathsome. And Marvin Gerard is the most loathsome of them all. That’s what makes him so invaluable.”

Raymond Reddington Quotes to Know More About His Character

44. “I’m a criminal. Criminals are notorious liars. Everything about me is a lie. But, if anyone will give me a second chance, it’s you. The two of us have overcome so much.”

46. “Dembe didn’t stay with me because he saw me as his savior. He stayed with me because he saw me for the man I really was. A man surrounded by darkness. No friends who could be trusted. No faith that loyalty or love could truly exist. I was younger then, angrier. Dembe connected his life with mine to show me that day and every day that the world is not what I fear it to be. He is the light in the darkness. Living proof that there is another way. That life can be good. That people can be kind. That a man like me may, one day, dream of becoming a man like him. He pledged his life and offered it up as evidence that I was wrong about this world. Dembe guards my life because he’s determined to save my soul.”

47. “Have you ever sailed across an ocean, on a sailboat, surrounded by sea with no land in sight, without even the possibility of sighting land for days to come? To stand at the helm of your destiny, I want that—one more time. I want to be in the Piazza del Campo in Siena. To feel the surge as 10 racehorses go thundering by. I want another meal in Paris, at L’Ambroisie, at the Place des Vosges. I want another bottle of wine. And then another. I want the warmth of a woman and a cool set of sheets, one more night of jazz at the Vanguard. I want to stand on the summits and smoke Cubans and feel the sun on my face for as long as I can. Walk on the Wall again. Climb the Tower. Ride the River. Stare at the Frescos. I want to sit in the garden and read one more good book. Most of all, I want to sleep. I want to sleep like I slept when I was a boy. Give me that, just one time. That’s why I won’t allow that punk out there to get the best of me, let alone the last of me.”

Witty Raymond Reddington Quotes for a Day Full of Laughter

49. “As a rule, I consider jealousy to be a base emotion, but in this case, it’s quite endearing.”

50. “I’m not a gumball machine, Lizzy. You don’t get to just twist the handle whenever you want a treat.”

What Are the Traits That Made You Admire Raymond Reddington?

Raymond Reddington may be a narcissistic and sociopathic criminal, but he has values that we could all use in our lives. In the beginning, we can only see him as a ruthless person who gets what he wants, but the quotes above prove that he is more than that.

Red is a loyal friend, a genius, and a person that you can trust. His intelligence and sociopathic tendencies are assets that let him catch criminals. But, at the same time, we witness how he is a kind and soft person who will do anything to protect his friends.

Indeed, he has a lot of remarkable traits that make his character development even more endearing. No doubt, this is one of the things that made viewers love The Blacklist more! With his immense wisdom, we learn more about improving ourselves and being smart about the world.

So, we hope you were able to pick up many lessons about life and morality through these Raymond Reddington quotes. Remember his wise words and make sure to apply them in your life!

Are you a fan of The Blacklist? Which Raymond Reddington quote is your favorite? Leave a comment below!