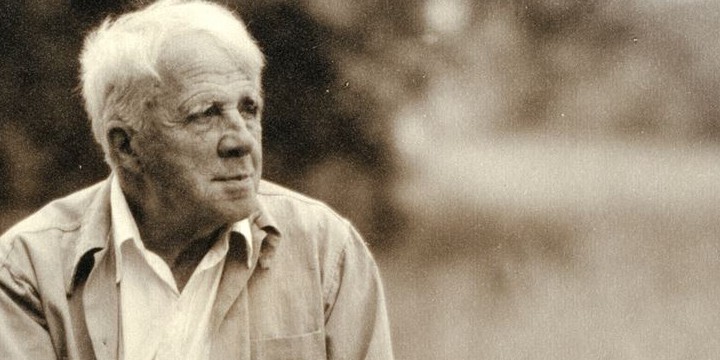 Are you on the lookout for the ultimate collection of Robert Frost quotes?

You’ve come to the right place!

In memory of one of the greatest poets of the 20th century, we’ve curated this list that includes 130 of his most famous lines.

And with over fifty poems circulating the world and touching the lives of many, his works are indeed timeless pieces that serve as his legacy—even more than half a century after his passing.

And make sure to read these Edgar Allan Poe quotes and Maya Angelou quotes.

1. “Accept no one’s definition of your life; define yourself.”

2. “Two roads diverged in a wood, and I took the one less traveled by; and that has made all the difference.”

3. “Education is the ability to listen to almost anything without losing your temper or your self-confidence.”

5. “In three words I can sum up everything I’ve learned about life—it goes on.”

6. “Forgive, O Lord, my little jokes on You, and I’ll forgive Your great big one on me.”

7. “Happiness makes up in height for what it lacks in length.”

12. “A poem begins as a lump in the throat, a sense of wrong, a homesickness, a lovesickness.”

15. “Never be bullied into silence. Never allow yourself to be made a victim.”

16. “Poetry is what gets lost in translation.”

20. “Forgive me my nonsense as I also forgive the nonsense of those who think they talk sense.”

21. “A diplomat is a man who always remembers a woman’s birthday, but never remembers her age.”

23. “A mother takes twenty years to make a man out of her boy, and another woman makes a fool of him in twenty minutes.”

26. “Families break up when they get hints you don’t intend, and miss hints that you do.”

27. “A person will sometimes devote all his life to the development of one part of his body—the wishbone.”

28. “The realist always falls in love with a girl he has grown up with, the romanticist with a girl from ‘off somewhere.’”

30. “You’ve got to love what’s lovable, and hate what’s hateable. It takes brains to see the difference.”

31. “The best things and best people rise out of their separateness; I’m against a homogenized society because I want the cream to rise.”

32. “My sorrow, when she’s here with me, thinks these dark days of autumn rain are beautiful as days can be; she loves the bare, the withered tree; she walks the sodden pasture lane.”

33. “I dwell with a strangely aching heart in that vanished abode there far apart.”

34. “Earth’s the right place for love. I don’t know where it’s likely to go better.”

35. “Talking is a hydrant in the yard and writing is a faucet upstairs in the house. Opening the first takes all the pressure off the second.”

37. “Lovers, forget your love, and listen to the love of these—she a window flower, and he a winter breeze.”

38. “There never was any heart truly great and generous, that was not also tender and compassionate.”

39. “He asked with the eyes more than the lips for a shelter for the night.”

41. “I hold it to be the inalienable right of anybody to go to hell in his own way.”

42. “How many things have to happen to you before something occurs to you?”

43. “How many things would you attempt if you knew you could not fail?”

45. “Something we were withholding made us weak, until we found it was ourselves.”

46. “The world is full of willing people—some willing to work, the rest willing to let them.”

47. “The middle of the road is where the white line is, and that’s the worst place to drive.”

48. “By faithfully working eight hours a day, you may eventually get to be boss and work twelve hours a day.”

50. “Always fall in with what you’re asked to accept. Take what is given, and make it your way.”

51. “My aim in life has always been to hold my own with whatever’s going. Not against— with.”

52. “My goal in life is to unite my avocation with my vocation, as my two eyes make one in sight.”

53. “Being the boss anywhere is lonely. Being a female boss in a world of mostly men is especially so.”

54. “For dear me, why abandon a belief merely because it ceases to be true?”

56. “Nobody was ever meant to remember or invent what he did with every cent.”

57. “Our very life depends on everythings’ recurring till we answer from within.”

58. “One could do worse than be a swinger of birches.”

59. “Unless you are at home in the metaphor, you are not safe anywhere.”

61. “He studied Latin like the violin, because he liked it.”

62. “I never dared be radical when young, for fear it would make me conservative when old.”

63. “All our ingenuity is lavished on getting into danger legitimately so that we may be genuinely rescued.”

66. “There are no two things as important to us in life and in art as being threatened and being saved.”

67. “We saw the risk we took in doing good, but dared not spare to do the best we could.”

68. “A man must partly give up being a man with women-folk.”

69. “‘New’ is a word for fools in towns who think style upon style in dress, and thought at last must get somewhere.”

71. “The afternoon knows what the morning never suspected.”

72. “Poetry is when an emotion has found its thought and the thought has found words.”

73. “The most creative thing in us is to believe in a thing.”

74. “The brain is a wonderful organ; it starts working the moment you get up in the morning and does not stop until you get into the office.”

75. “My definition of literature would be just this—words that have become deeds.”

76. “Unless you are educated in metaphor, you are not safe to be let loose in the world.”

77. “I am a writer of books in retrospect. I talk in order to understand; I teach in order to learn.”

78. “You’re always believing ahead of your evidence. What was the evidence I could write a poem? I just believed it.”

79. “Every poem is a momentary stay against the confusion of the world.”

80. “A poem begins in delight and ends in wisdom.”

82. “Writing free verse is like playing tennis with the net down.”

83. “The hurt is not enough. I long for weight and strength—to feel the earth as rough to all my length.”

84. “A poet never takes notes. You never take notes in a love affair.”

85. “Poetry begins in trivial metaphors, pretty metaphors, grace metaphors, and goes on to the profoundest thinking that we have.”

86. “Poetry provides the one permissible way of saying one thing and meaning another.”

87. “People say, ‘Why don’t you say what you mean?’ We never do that, do we, being all of us too many poets. We like to talk in parables and in hints and in indirections—whether from diffidence or some other instinct.”

88. “I am one who has been acquainted with the night.”

90. “I know people who read without hearing the sentence sounds and they were the fastest readers. Eye readers, we call them. They get the meaning by glances. But they are bad readers because they miss the best part of what a good writer puts into his work.”

91. “Like a piece of ice on a hot stove, the poem must ride on its own melting.”

93. “Poets are like baseball pitchers—both have their moments. The intervals are the tough things.”

94. “Originality and initiative are what I ask for my country.”

96. “What are ideals of form for if we aren’t going to be made to fear for them?”

97. “An idea is a feat of association, and the height of it is a good metaphor.”

98. “Modern poets talk against business, poor things, but all of us write for money. Beginners are subjected to trial by market.”

99. “Most of my ideas occur in verse. To be too subjective with what an artist has managed to make objective is to come on him presumptuously and render ungraceful what he in pain of his life had faith he had made graceful.”

100. “There are two kinds of teachers—the kind that fill you with so much quail shot that you can’t move, and the kind that just gives you a little prod behind and you jump to the skies.”

101. “The heart can think of no devotion greater than being shore to the ocean.”

103. “We dance round in a ring and suppose, but the secret sits in the middle and knows.”

104. “A jury consists of twelve persons chosen to decide who has the better lawyer.”

107. “A liberal is a man too broadminded to take his own side in a quarrel.”

108. “A civilized society is one which tolerates eccentricity to the point of doubtful sanity.”

109. “Anything more than the truth would be too much.”

110. “A bank is a place where they lend you an umbrella in fair weather and ask for it back when it begins to rain.”

111. “Most of the change we think we see in life is due to truths being in and out of favor.”

112. “I turned to speak to God about the world’s despair, but to make bad matters worse, I found God wasn’t there.”

113. “Education doesn’t change life much. It just lifts trouble to a higher plane of regard.”

115. “It looked as if a night of dark intent was coming, and not only a night, an age. Someone had better be prepared for rage.”

116. “The worst disease which can afflict executives in their work is not, as popularly supposed, alcoholism—it’s egotism.”

117. “Life must be kept up at a great rate in order to absorb any considerable amount of learning.”

118. “The question that he frames in all but words is what to make of a diminished thing.”

119. “The chief reason for going to school is to get the impression fixed for life that there is a book side for everything.”

120. “You can be a little ungrammatical if you come from the right part of the country.”

121. “A breeze discovered my open book and began to flutter the leaves to look.”

122. “Weep for what little things could make them glad.”

123. “Heaven gives its glimpses only to those not in position to look too close.”

124. “I’d like to get away from earth awhile and then come back to it and begin over.”

128. “We shall be known by the delicacy of where we stop short.”

129. “Holding the curve of one position, counting an endless repetition.”

130. “The fact is the sweetest dream that labor knows.”

Do You See Snippets of Your Daily Life in Robert Frost’s Works?

One of Robert Frost’s most famous works is The Road Not Taken, but there’s more to him than that. He’s remembered for his portrayal of rural life in New England. He’s also known for using a voice and a style that’s easily understandable and relatable to everyday people. In fact, his topics usually consist of the life and situations that people like you and I encounter on a daily basis.

However, the messages ingrained in his work run so much deeper—he tackles conformity and shows how vital and essential individuality is. He reminds us that we should look at life and the choices presented to us seriously because that’s what dictates what road we’ll take in the future.

Have you read any of Robert Frost’s works before? Which quote stood out the most for you? Let us know which quotes had the most impact on you by commenting down below.